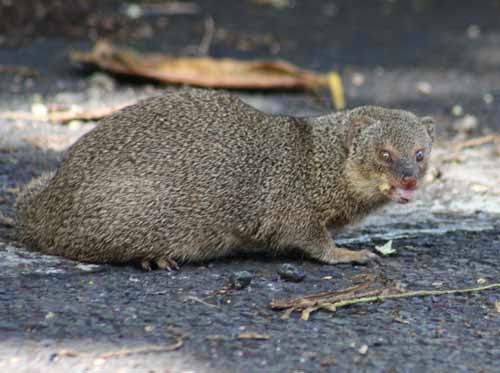 As we pulled into the parking lot for views of the eastern Maui coast our driver stated,  "If you want to come with me I will be at the side of the parking lot feeding the mongoose."  Who the?  What the? Come again?  We fancy ourselves to know a thing or two about animals and where they are located.  We would expect to find mongoose in Africa or fighting a cobra in India, but not in Hawaii.  At first we were not sure we had heard the driver correctly so we followed him to the edge of the parking lot.  Sure enough he threw down some food and out from the bushes crept a small asian mongoose.  The mongoose snatched up the food and ran back into the bushes for cover.  Again our driver threw some more food and yet another mongoose came out and took its food to enjoy under one of the parked cars.
It seems that in the past Maui had a bit of a rat problem and someone thought it was a good idea to bring in some mongoose to get rid of the rats.  From our understanding the mongoose themselves have now become a bit of a menace.  We can't say we blame them as after our first visit to Maui we never wanted to leave either. 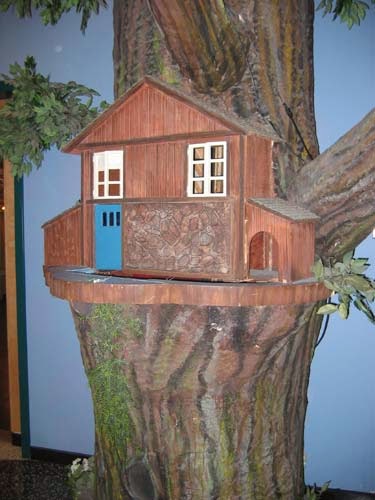 For years we had walked by the CBC studios on Front Street when going to an event at the Metro Toronto Convention Centre, or on the way to a Blue Jays game at Sky Dome.   When we heard that it contained a museum celebrating the Canadian Broadcasting Corporation's history, we decided it was time to go inside.
Being Canadian children of a certain age, we were flooded with fond memories.  CBC has been host to some of the longest running and most beloved children's programs of all time.  Misterogers, Mr. Dressup, The Friendly Giant and Fraggle Rock all started on the network. Fred Rogers came to Canada and hosted the show Misterogers at CBC.  After a few seasons he went back to the United States where the show became Misteroger's Neighborhood.  In the museum they have a trolley with Canadian spelling.  One of the people that Fred brought up to work on the show was Ernie Coombs.   When Fred left CBC, Ernie stayed and started the Mr. Dressup show. 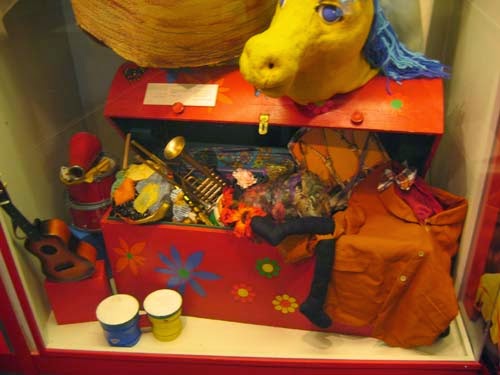 Mr. Dressup's Tickle Trunk is in the museum and greeting everyone just outside in the lobby is Casey's treehouse.  Mr Dressup would always go into the Tickle Trunk to find something to wear or use when playing with Casey.  Casey would hang out with Finnegan, the silent, grey dog.   Both Casey and Finnegan were performed by puppeteer Judith Lawrence. 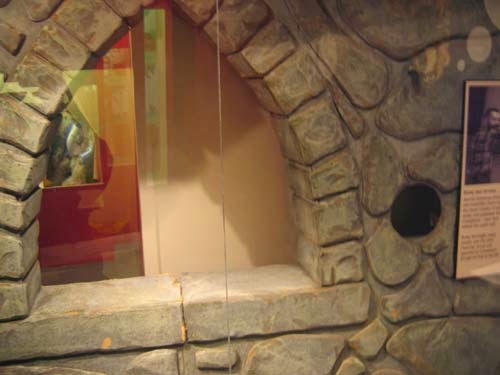 Another show which had one puppeteer performing two puppets was The Friendly Giant.  Rod Coneybeare was both Jerome the giraffe and Rusty the rooster.  They lived in a castle along with Friendly, played by Bob Homme.  The Friendly Giant show aired for over thirty years and they produced about 3000 episodes. At the end of each show the traditional folk song  "Early One Morning" would play while the castle drawbridge was raised and the cow jumped over the moon. 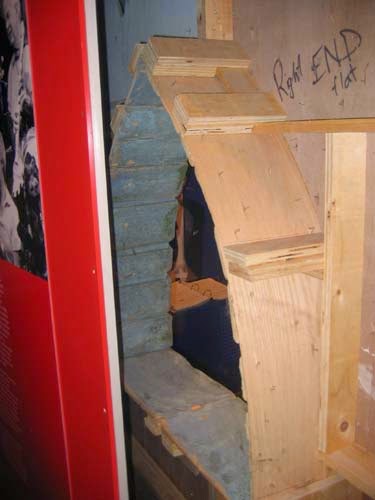 Yet another puppet show which started on CBC was Jim Henson's Fraggle Rock.  This show followed the Fraggles, who lived with other strange creatures deep within the walls of the home of a man called Doc.  It was originally filmed in Toronto but then moved to London, England.  While we didn't see any Fraggles in the CBC Museum (we only checked behind the Friendly Giant's wall) , there are some Muppets.   Basil the bear and Louis the otter are from the Canadian version of Sesame Street, which used original Sesame Street footage and then inserted segments with these characters to ensure there was enough Canadian content. 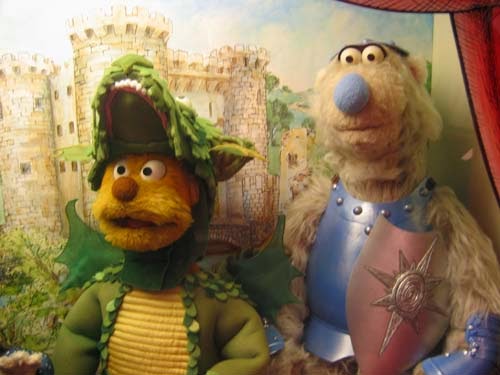 It had been so long since we had seen any of these shows.  We were lucky enough to see Ernie Coombs once in a Ross Petty production of Aladdin in Toronto in 1998.  The CBC Museum is a great place to remind us of our childhood and these great programs that will never be forgotten. 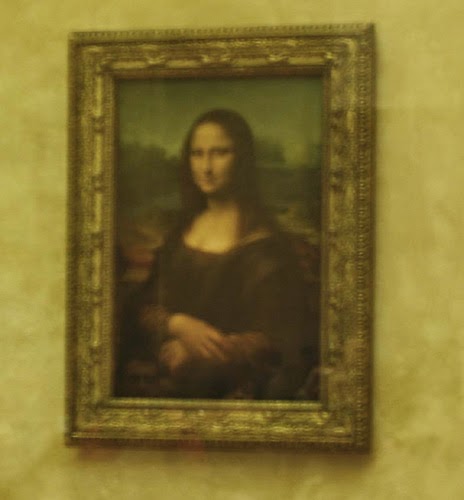 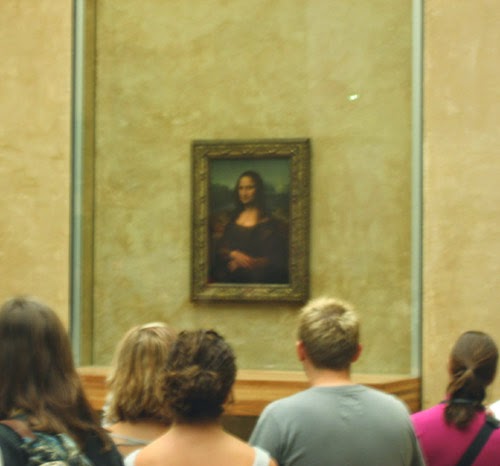