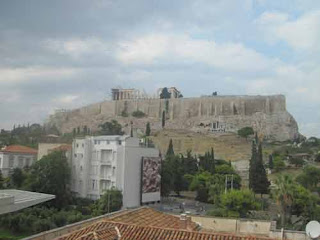 The Acropolis sits on a flat rock overlooking the city of Athens.  Acropolis means highest point and there has been some form of monument or structure up on the hill since at least 600 BC.  It has been designated a UNESCO World Heritage Site since it is a great architectural achievement and a place filled with history.  Thousands of tourists brave the heat of the mid-day sun to climb up the hill and explore the site. 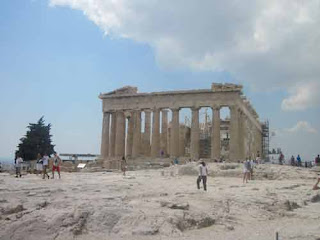 In 447 BC the Athenian Empire started construction of the Parthenon.  It is the most visible structure standing today. 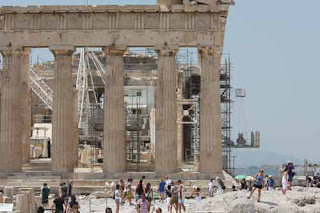 The temple was attacked in 1687 by the Venetians and the structure was heavily damaged.  Restoration attempts continue to this day.  When you visit the site you will see scaffolding and equipment as workers painstakingly restore the Parthenon to its former glory. 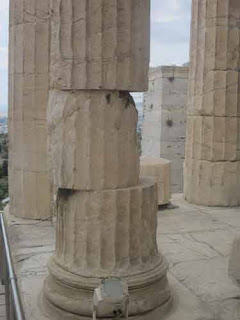 We toured the site and could see how many of the columns had been put back together.  This one column above appeared to not quite be a perfect fit. 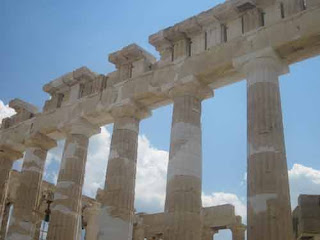 As the repair continues, new marble is used to match the existing pieces.  You can see in the photo above how the new white marble stands out.  Someone will have to match the new stone to the old stone by hand. 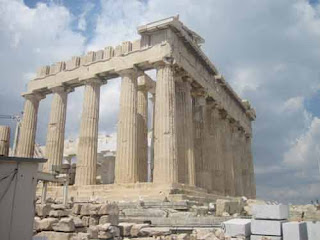 The Parthenon is an impressive site as its columns stand tall reaching up towards the sky. 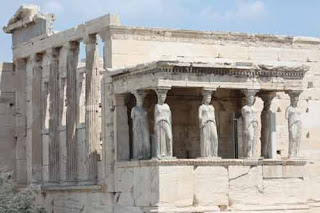 On the north side of the Acropolis stands the Erechtheion.  It contains several caryatids which are female figures used as the columns which hold up the building. 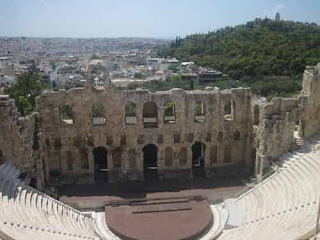 On one side of the Acropolis sits the Odeon of Herodes Atticus.  This is an open air theatre that was built in 161 AD.  In the 1950s it was restored and in 1957 the famous Greek opera singer Maria Callas peformed there.  Since then many performers have taken the opportunity to play this unique stage. Sting, Foo Fighters, Placido Domingo, Frank Sinatra, Florence & The Machine and Elton John are just a few of these performers. 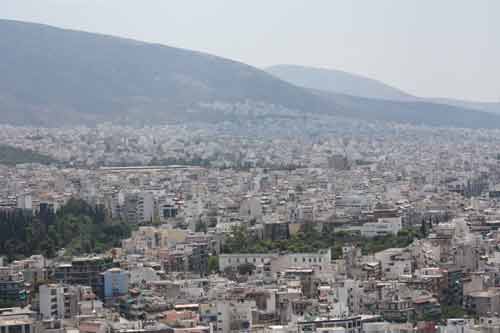 Standing up at the Acropolis you can see Athens sprawling out around you. 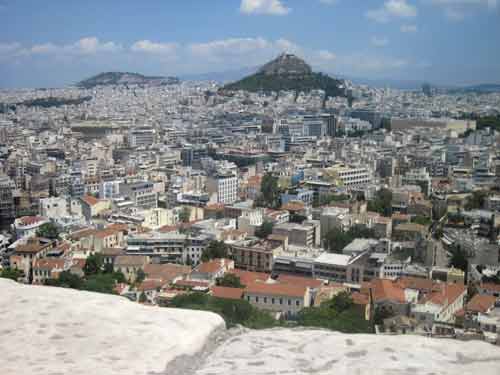 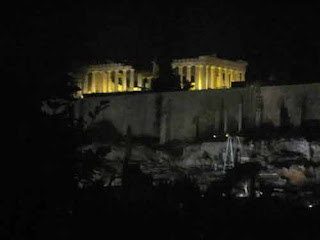 After a day spent soaking in history up on the Acropolis you should enjoy a drink and a nice meal in one of the endless restaurants located back down in the city below.  Sit back and relax and let the sun set.  Next, the Acropolis will wow you once more as the Parthenon is lit up against the night sky.
Map of Our World