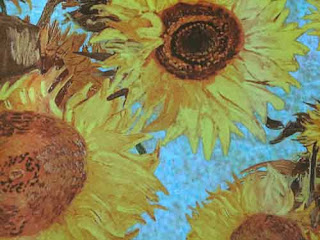 
Vincent van Gogh is one of the world's most famous painters.  His work is world renowned.  Now his paintings are part of an interesting exhibit where his work is dissected, animated and projected onto walls.  The artwork is accompanied by music which brings it all together.  We visited Immersive Van Gogh when it arrived in Toronto.  There is both a drive through and a walk through experience.  We took part in both experiences. 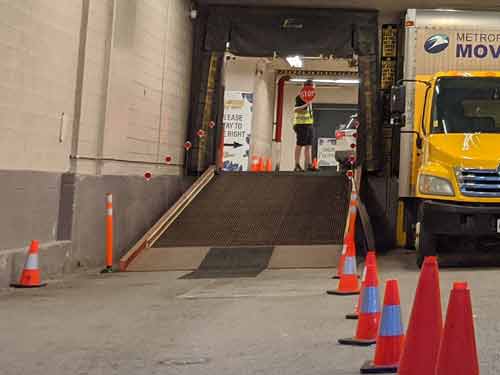 For the drive through experience we waited on the street outside.  When it was our turn we were directed up to a receiving ramp.  We drove into a white walled room and followed the staff diections to park our car.  It wasn't long until the lights dimmed and the show began. 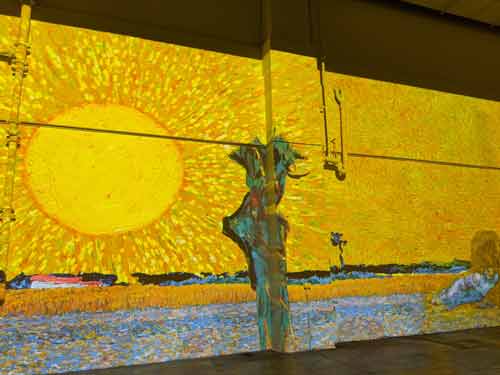 The music began and the works of Van Gogh started to come to life.  A bright yellow sun moved across the sky. 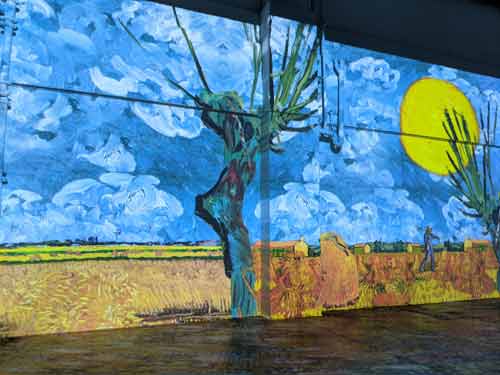 The sky changed colour in front of us as the day passed by. 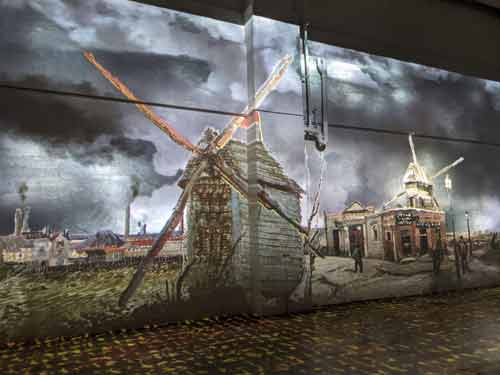 Van Gogh painted many windmills that he saw in Monmartre, Paris.  During our immersive experience we could see the blades of the windmills turning in the wind.  This is very different from a regular art gallery where you interpret one frozen moment captured in the art. 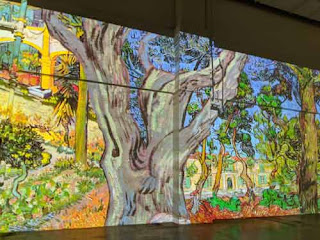 During the drive through experience our car was surrounded by the art.  There was Van Gogh on the passenger side. 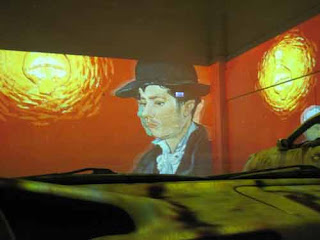 There was Van Gogh to be viewed through the front windshield. 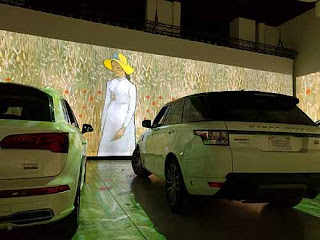 There was Van Gogh out the driver side window too.  We could see it between the parked cars. 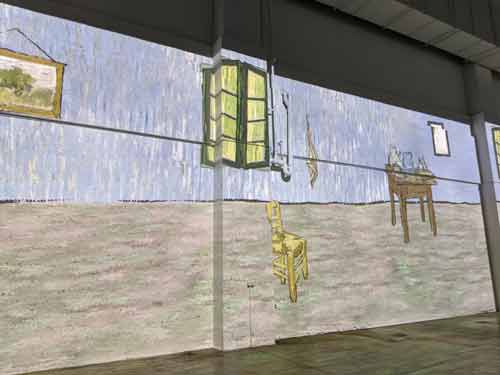 The exhibit features some of Van Gogh's most famous paintings.  Vincent Van Gogh only painted for a period of about 10 years before committing suicide at the age of 37.  In that time he painted over 850 oil paintings.  Some of the best known are The Bedroom (above) and The Sunflowers (top of blog). 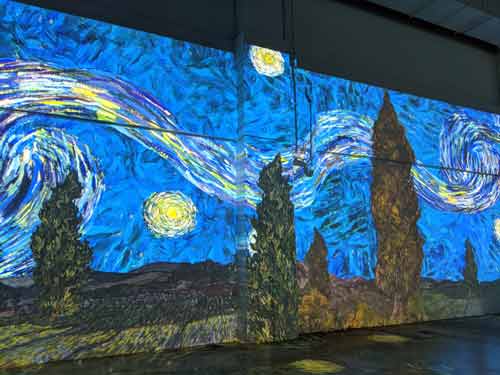 Van Gogh's most famous painting of all is The Starry Night. 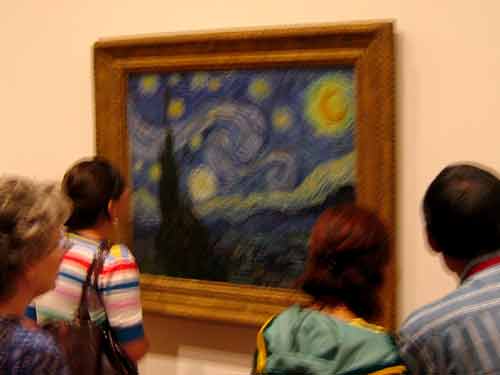 We were lucky to see the priceless original hanging in the Museum of Modern Art in New York City. 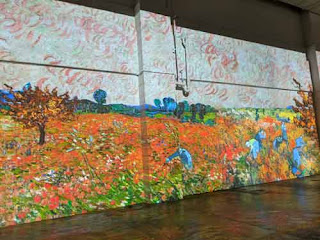 Eventually the music and animation stopped and credits rolled up the walls.  The lights turned on and we were guided out into the streets.  We really enjoyed seeing the works of Van Gogh come to life around us.  We would be back again soon as our tickets also included a walk through experience.