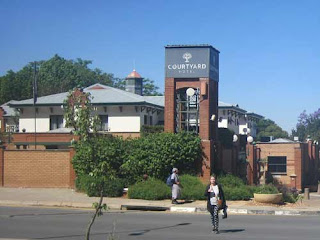 We travelled to South Africa in hopes of seeing as many different animals as we possibly could.  The first place we visited when we arrived was the Rosebank section of Johannesburg. We stayed in a Courtyard Hotel across the street from a busy shopping centre.  Little did we know that behind the gates of our hotel we would be introduced to so much wildlife. 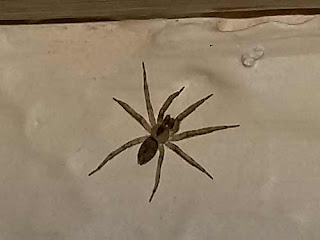 Upon arrival, we checked out our room and found we were not alone.  On our wall we spotted a spider.  We generally like spiders as we hope that they will eat other flying pests.  We took a photo for later identification.  The best we can determine is it is a type of wolf spider and harmless.  It kept to itself patrolling the walls. 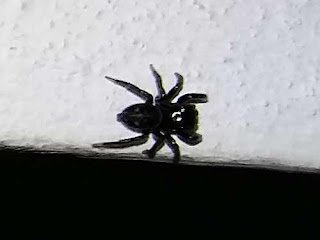 Above the window we spotted another spider.  This one appeared to be a black jumping spider.  It didn't jump at us when we took a closeup picture.  Enjoy your stay little friend. 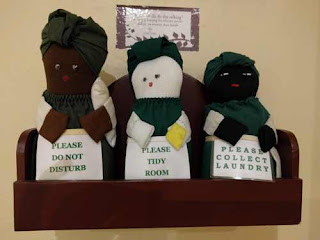 Our favourite thing that we found on the walls during our stay in Rosebank was these three ladies.  They were dolls designed to fit over the doorknob and let hotel staff know if we needed anything or just wanted to be left alone. 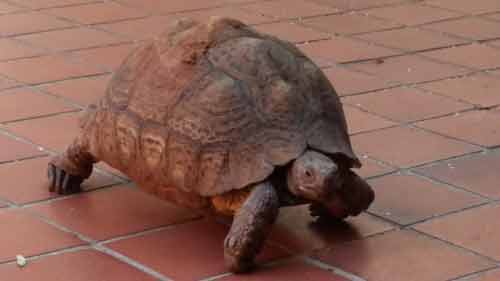 After settling into our room, we headed outside and walked towards the main entrance.  Coming along the pathway was a leopard tortoise.  He stopped and gave us a look and then lumbered along.  This tortoise was a permanent resident.  His shell was far too big to fit under any fences.  He seemed perfectly content, but if he wanted to escape his only chance would be to make a break for it when security opened the front gate for a guest.  Security opened the gate for us to leave.  We looked back as we crossed the street and headed to the mall.  We didn't see any tortoises following us. 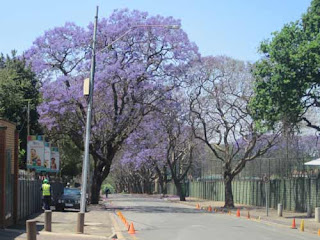 As we returned to our hotel we were able to get a good look at the jacaranda trees that line so many of Johannesburg's streets.  We were lucky to be visiting during September to November when the purple flowers bloom. 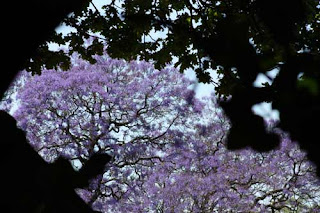 These beautiful trees are not native to Africa, but came from Brazil.  The first jacaranda were said to be brought here and planted in 1888.  There has since been a ban on planting more but every year the streets of Johannesburg still turn purple. 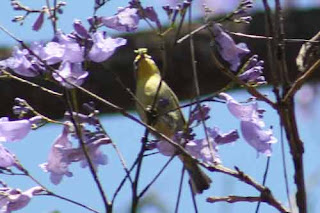 As we returned to our hotel we noticed a cape white eye sitting up in one of the jacarandas.  These small greenish-yellow birds have a bright white circle around their eyes.  We wished that we could see the jacaranda from the bird's vantage point high up in the branches. 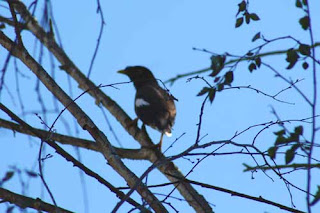 Another bird we spotted up in the trees was this common myna.  It had chosen a less colourful tree to make its perch.  This bird is also known as the Indian myna and is now an invasive species found all over the world. 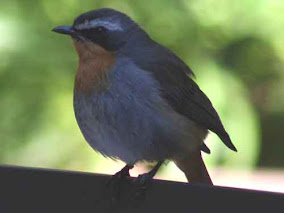 Sitting on the edge of a bench in our garden was a cape robin chat. 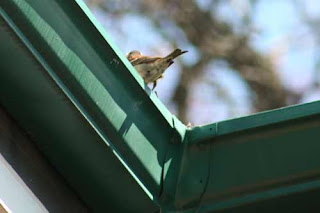 Up on an eavestrough was a cape sparrow.  South Africa has many bird species whose names start with cape. It was done to represent that they came from the old Cape of Good Hope and Cape Province that made up a large part of South Africa. 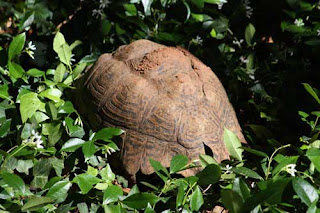 The next morning we walked along the edge of the garden to see who was visiting today.  We spotted the tortoise just sitting still in the leafy garden.  His busy day had yet to begin. 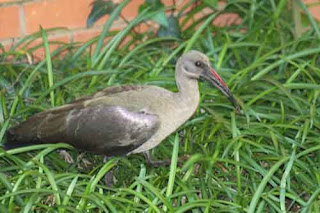 This morning there was also another visitor walking through the grass.  It was a hadeda ibis.  They are named for their loud call of "HA-DE-DA" which many South Africans use as their early morning wake up alarm.  We did hear them calling out at various times, but they never woke us up. 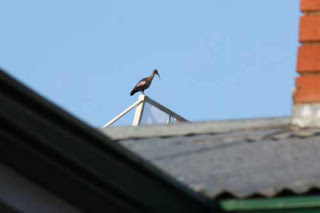 This hadeda did give out a cry as it flew away.  We had returned to our room, but we rushed out and spotted the ibis now perched up on the rooftop. 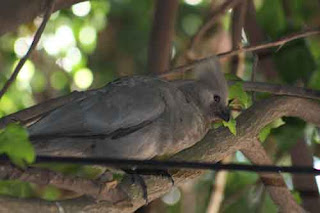 We continued our walk along the edge of the garden.  We heard another unusual noise and looked into the trees.  There was a grey bird hidden in the branches making a sound that sounded like the last whirl of something that had been wound up.  "Whirrrrrrrrrr".  The bird sounded most displeased.  It is called a go-away bird and perhaps this is why.  We were happy to spot a cat lingering beneath the tree the bird was sitting in.  At least the bird's displeasure was not directed at us. 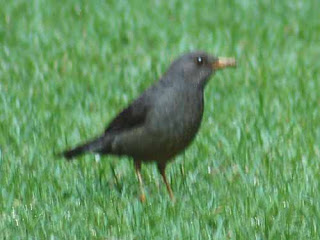 As we walked along the garden wall we saw some dirt falling from up above.  A small bird was busy kicking dirt out of the eavestrough.  We didn't take this personally as we were quietly walking along so the bird probably didn't know that we were there.  It did fly down to give us a closer look.  The picture (above) isn't the best, but this is a karoo thrush. 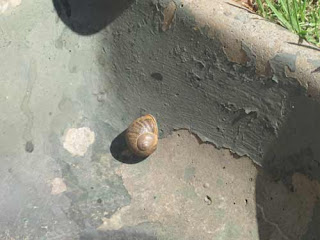 Near the pool area we spotted this rather large snail.  It was just hanging out in a drain.  Thankfully no wildlife was taking a swim in our pool. 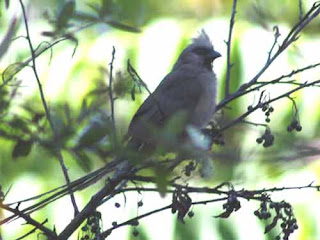 At the end of the garden we saw another grey bird and expected to get a good talking to.  It turns out that this was not a go-away bird but a speckled mousebird.  It is smaller than a go-away bird and has a different hairstyle and a darker face around its eye and beak. 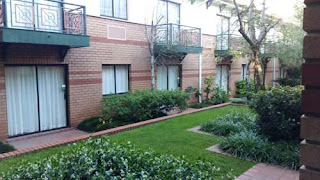 The next day we were off to see some large animals such as lions, giraffes and elephants.  We also enjoyed our time visiting some of Africa's smaller wildlife within the walls of our hotel.
Map of Our World