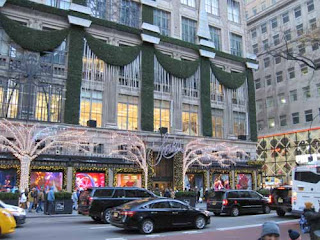 
We found ourselves in New York City for American Thanksgiving.  This is the offical start of the countdown to Christmas.  We took a little stroll along Fifth Avenue to experience something called The Fifth Season.  Along the way we enjoyed the sights and sounds as only New York can offer. 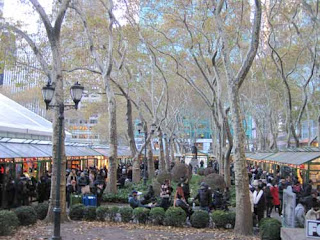 We started our outing closer to Sixth Avenue as we visited the Bryant Park Holiday Shops.  We enjoyed a cake in a jar and found a few little gifts for our family.  Afterwards, we headed towards Fifth Avenue. 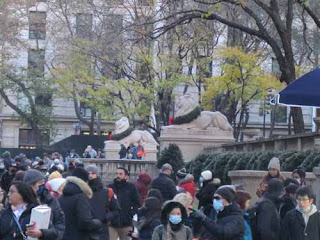 Bryant Park is located right behind the New York Public Library's main branch.  As we headed onto Fifth Avenue we noticed that even the lion statues that stand guard at the front entrance of the library were wearing wreaths. 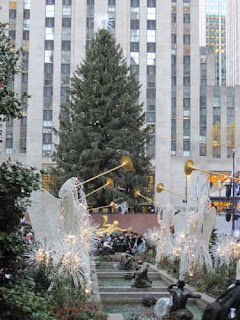 As we headed north on Fifth Avenue we reached Rockefeller Center.  Angels playing horns lead the way to the giant Christmas Tree.  The tree this year was estimated to be about 80 feet tall and almost 45 feet wide at its widest point.  We guess that is how a lot of people feel after indulging in holiday treats, more than half as wide as they are tall.  We were too early for the tree lighting ceremony, but the tree itself was still impressive. 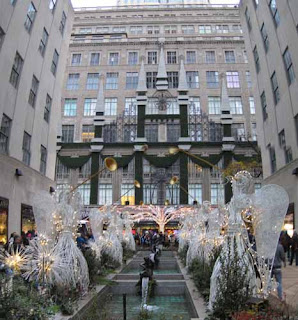 Looking back towards Fifth Avenue the angels lead us to the Saks storefront all decorated for Christmas.  We had arrived just in time as the first show of lights was only a few minutes away.  We took a look at the Christmas window displays before finding a good spot to watch the show. 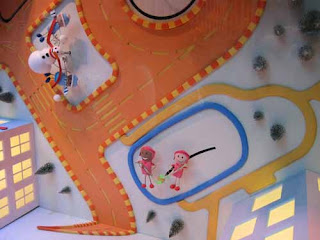 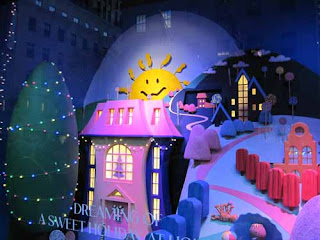 This year the windows were of children's winter drawings come to life.  In the corner of the window was the child's name, age and their original drawing.  The window was a three dimensional, moving recreation of the original artwork.  A great idea and sure to be a thrill for the chosen artists. 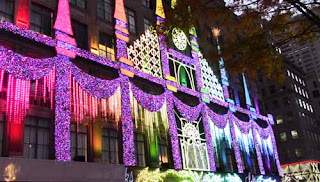 Some music was heard from across the avenue and the Saks Holiday Light Show was about to start.  The front of the store looked like a magical castle.  A wave of Christmas lights, music and colour swept over us. 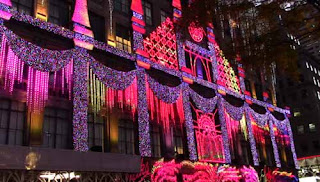 Everyone on the street stopped to admire the show.  Truly a great way to get yourself feeling that Christmas spirit. 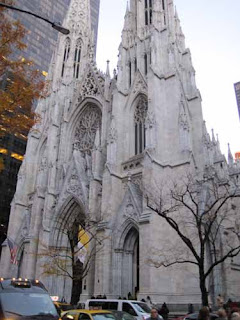 Just north of Saks Fifth Avenue and Rockefeller Center is St. Patrick's Cathedral.  We went inside to get away from the crowds and see the less flashy side of Christmas. 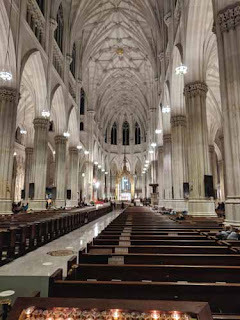 The inside of the cathedral is as impressive as any light display that might be happening across the street. 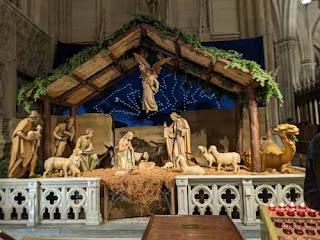 In the corner of the church was a large manger display.  We took a few moments to pause and then stepped back out into the lights and sights of New York City. 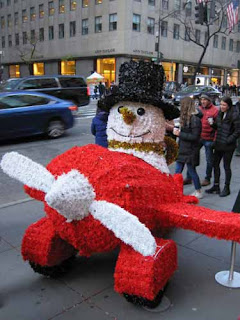 As we travelled up Fifth Avenue we were treated to light displays set up on the sidewalk.  There was Frosty the snowman making a magic landing in his plane. 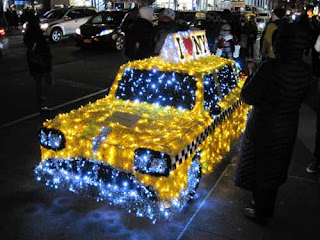 There was an iconic New York yellow cab all lit up for Christmas. 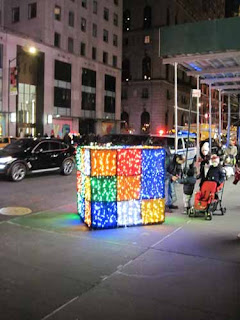 There was a glowing cube that could have been a present or maybe an unsolved Rubik's Cube? 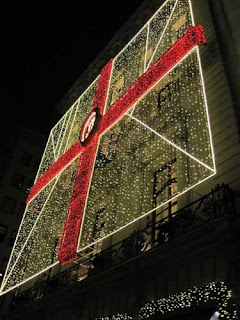 Other stores besides Saks were also ready for Christmas.  The Cartier store was dressed up in lights to look like a glowing present wrapped in red ribbon. 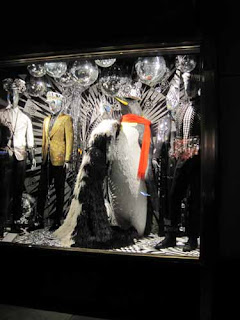 One store had a penguin in its window.  A lot of penguins live in cold climates, but live south of the equator.  That is a long way from the North Pole.  There are several species of penguin at the Central Park Zoo, including King penguins, if you keep walking up Fifth Avenue. 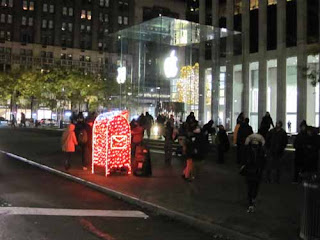 There was a mailbox covered in lights.  You could leave your letters for Santa in this box.  The mailbox was just outside where the famous FAO Schwarz toy store used to be.  The store is now located further back down Fifth Avenue inside Rockefeller Center. 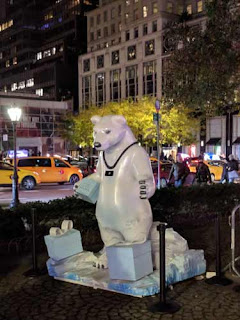 A polar bear welcomed us as we arrived at the Pulitzer Fountain.  The fountain is located right in front of the Plaza Hotel. 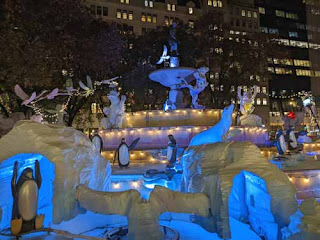 The whole fountain had been taken over by skating penguins, polar bears and seals as part of The Fifth Season.  We think the fifth season is that time between Thanksgiving and Christmas.  Fifth Avenue is always a sight to see, but during this time it is something extra special.
Map of Our World