Across Canada At The Exhibition Grounds 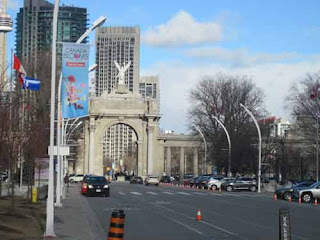 The Canadian National Exhibition takes place at the end of August each year and closes on Labour Day in September. When the Exhibition is not running, the grounds known as Exhibition Place are still open to vehicles and the public. If you are visiting Toronto from across Canada you can feel like you are back home thanks to the many streets that crisscross the grounds. 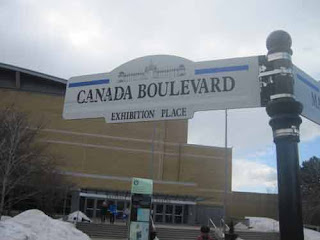 We will start our journey from east to west.  All but one of Canada's provinces and territories are represented in the names of the streets.  The streets do not quite unfold as a map of Canada would, but we will show you one possible path you can take in order to visit them all.  We enter the Exhibition grounds from Fleet Street and find ourselves on Canada Boulevard. 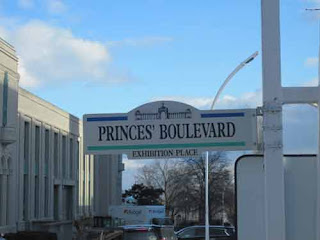 Canada Boulevard connects with Princes' Boulevard which is the main street that runs from the Princes' Gates (photo at top of blog) and through the grounds. 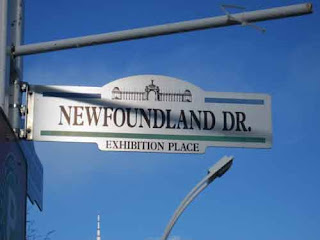 The first provincial street we came across was Newfoundland Drive which also happens to be the easternmost of the provinces. 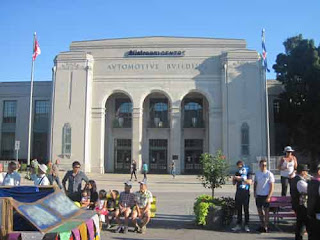 Newfoundland Drive runs south from the Enercare Centre between the Automotive Building and Hotel X. 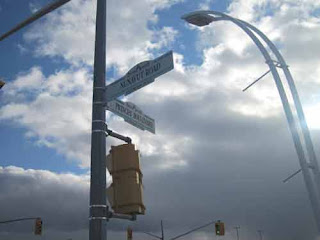 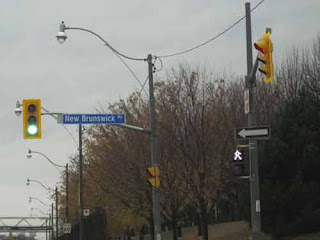 Just a bit further along Prince's Boulevard, a road heads south.  This is the bottom portion of New Brunswick Way.  If you want to find a road sign for this street you will have to follow it through a parking lot and down to Lakeshore Blvd.  There you will find a traditional blue Toronto road sign instead of one of the fancier Exhibition Place signs. 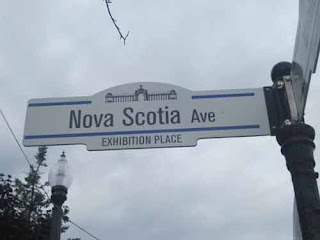 If you head back up New Brunswick Way and take Nunavut Road north, you will end up on Nova Scotia Avenue.  As we mentioned before all the provinces are represented but they are all over the place as far as being presented in any sort of order. 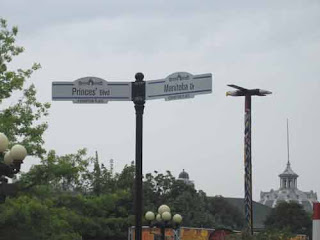 We will take a left hand turn on Manitoba Drive and eventually we will end up at Princes' Boulevard again. 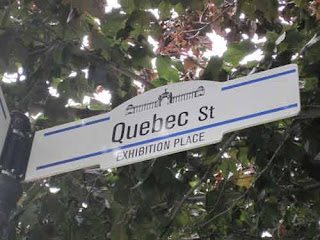 Before we get to Princes' Boulevard we will pass Quebec Street. 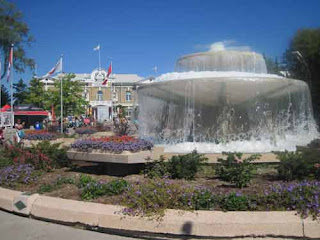 If we turn left at Princes' Boulevard we will pass the Princess Margaret Fountain. 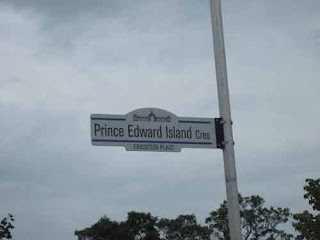 Turn left again and you are on Prince Edward Island Crescent.  Despite being the smallest province in both size and population, it is almost as long as Ontario Drive. 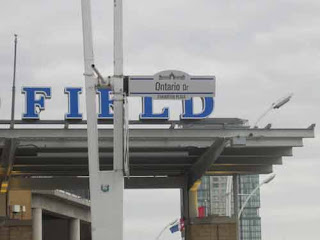 After leaving Prince Edward Island Crescent turn left again and now you are on the road named after Canada's most populous province.  Take an Ontario drive along Ontario Drive as it curves back into Princes' Boulevard again. 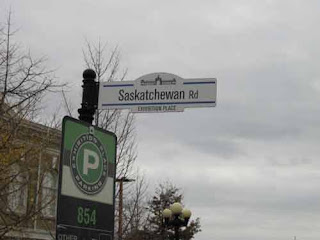 Heading past the Princess Margaret Fountain once more, now the road becomes Saskatchewan. 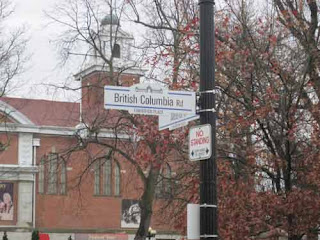 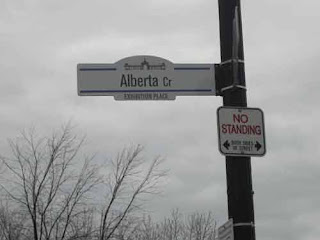 Don't worry, the next street is Alberta Circle.  Alberta was not left out. 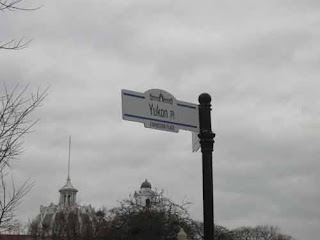 The last street we visit in order to complete our cross country journey is Yukon Place.  It wraps around the Liberty Grand (pictured below). 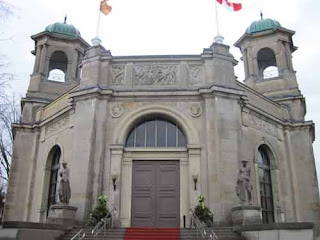 There you have it.  Ten provinces and two territories later and we have visited most of Canada in one short trip.
Map of Our World