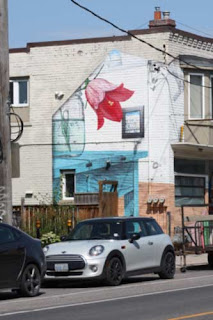 Little India is the name given to a stretch of Gerrard Street East between Greenwood and Coxwell avenues.  It is named after the many Indian restaurants and businesses in the area.  We took some time to take a walk through this part of Toronto. 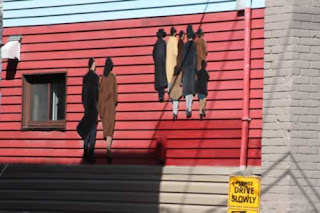 We started our journey just south of Gerrard Street East on Greenwood Ave.  The people on the back of this building were also headed north. 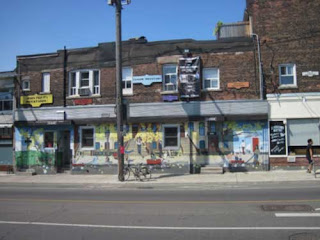 The next building paid homage to the clay brickyards that used to reside in the area.  The mural shows children playing in the streets and the signs above list some of the brickyards.  Some of the brickyards are John Price, Taylor, Wagstaff, Russell and more.  The building also used to hold the Brickyard Bistro. 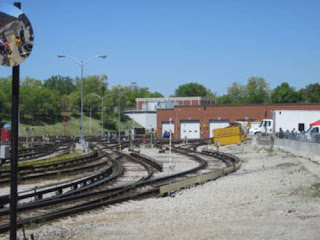 The brickyards used to operate further north on Greenwood Avenue.  Once all the clay in the area was used, the yards became a city dump and finally became the property of the Toronto Transit Commision for adding trains to the Bloor Danforth subway line. 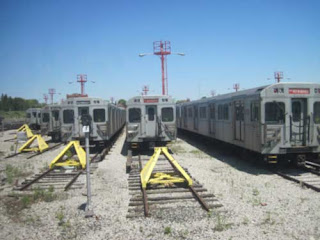 We visited the Greenwood Rail Yard during one of Toronto's Doors Open days.  As part of the event we were given a free subway ride around the yard. 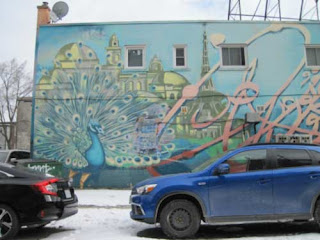 We headed along Gerrard Street and finally encountered our first bit of India.  At Glenside Avenue we were greeted by a giant peacock painted on the wall. 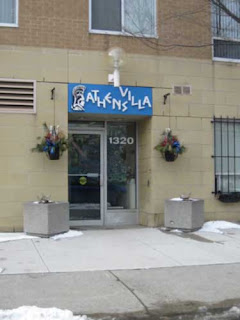 As with most of Toronto, no area is all just one culture or style.  Right across from the peacock is a little bit of Greece at the Athens Villa apartments. 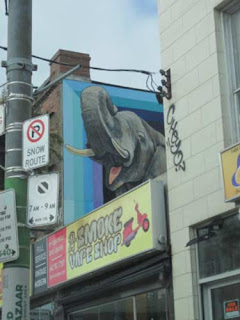 One thing that we noticed a lot during our walk was elephants.  There were elephants up on the rooftops. 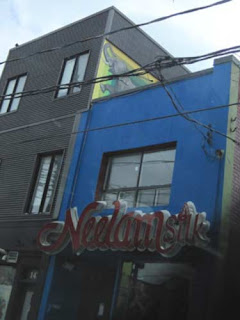 If you knew where to look. 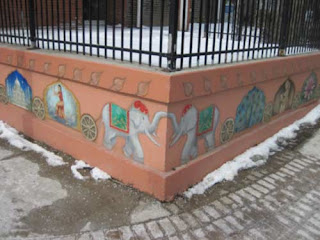 There were elephants on the fence outside of the local library branch. 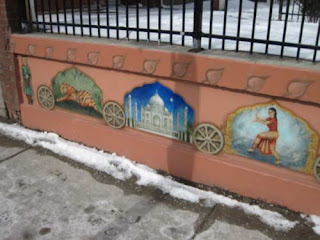 There were also dancers, tigers and the Taj Mahal. 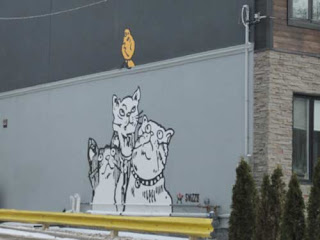 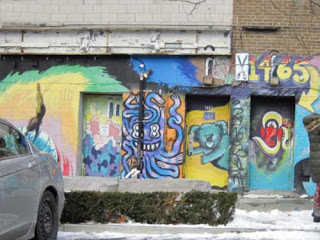 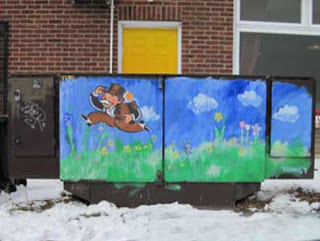 Here are a few more works of art we noticed on our walk on Rhodes Avenue.  There was a group of cats waiting to pounce on a bird.  There was also a spray painted koala and Uncle Pennybags, better known to some as Mr. Monopoly.  Lastly, as we made it to Coxwell Avenue we came across Super Dave Convenience which always reminds us of the late, great Super Dave Osbourne.

These are only a few of the treasures hidden in Little India, we will have to return again when we can explore further.