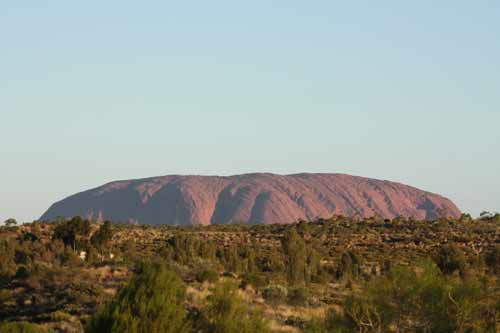 Location: Uluru, Northern Territory, Australia
Address: 3 Yulara Drive
Date: May 2012
Website: parksaustralia.gov.au
Uluru is located right in the red centre of Australia.  The giant sandstone rock is a sacred spot for the aboriginal people of the region.  Uluru is also known as Ayers Rock when it was named after Sir Henry Ayers who was the Chief Secretary of South Australia.  We prefer the original name.  During our Australian trip we spent a couple of days and nights exploring the area around Uluru. 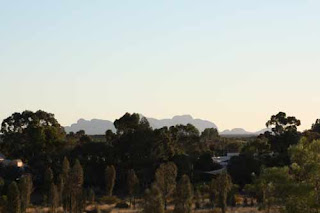 We stayed at a place called Emu Walk Apartments.  In the distance we could see Uluru and another important group of rock formations called Kata Tjuta. 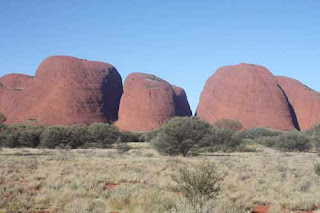 Kata Tjuta is made up of about 36 domed rock formations that jut out of the earth. We took a tour which gave us the opportunity to see some of these formations up close. 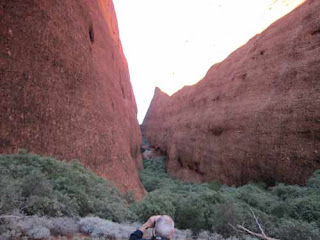 We walked into one of the valleys that is formed between the domes.  You can see how the sandstone rock is shaped by rainwater running down its walls.  While the mass of rock was impressive we had hoped to see some of the desert's little creatures on our walk.  We would have to wait until we returned to our apartment. 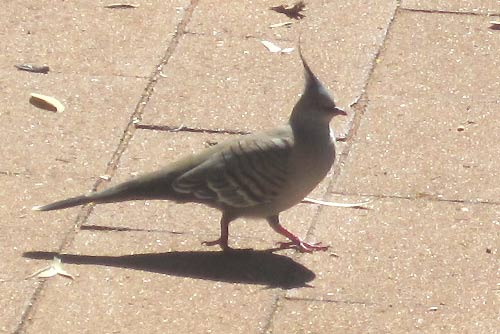 As we entered the property a few crested pigeons ran across the walkway.  These pigeons seemed to prefer running around to get out of our way rather than take flight. 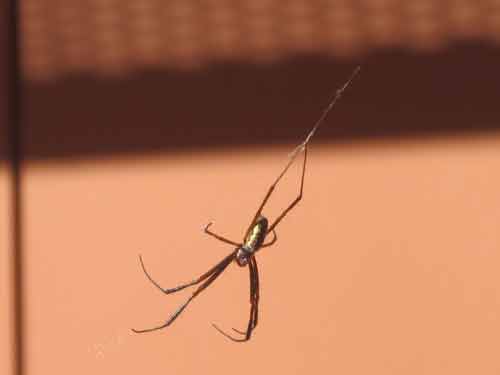 As we walked through the apartments, a spider was spinning a web right at face level.  We are glad we noticed it in time.  We snapped a photo in case a doctor needed to see it later and carefully passed by making sure we didn't get tangled in the web.  Australia is full of deadly insects and spiders.  We are not the best at identification so we just generally avoid everything that crawls or slithers.  We believe this is an orbweaver spider which, while its bite might be painful, is thankfully not deadly.  If anyone reading this knows otherwise please post in the comments. 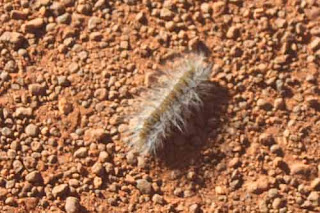 Outside on the ground we found another fuzzy critter.  Australia is known for having processionary caterpillars that follow each other in long lines across the desert.  This caterpillar was all alone so we don't know if later it would join up with a group for a game of follow the leader. 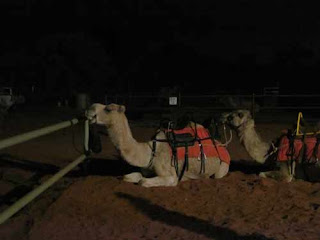 The next morning we had our own version of follow the leader.  We had signed up for a sunrise camel tour.  The tour started in the dark so that we could be out on the trail when the sun finally started to rise. 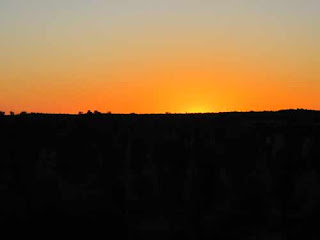 When the sun did rise there was a beautiful orange glow that grew from beyond the horizon. 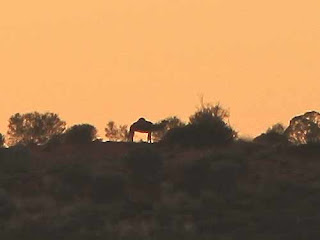 We noticed a large animal walking along the top ridge of a hill.  It turned out to be another camel.  This camel wasn't an escapee from a camel tour, it was a feral camel.  Dromedary (single humped) camels were brought to Australia's desert for transportation back in the19th century.  Today, close to a million wild camels roam Australia. 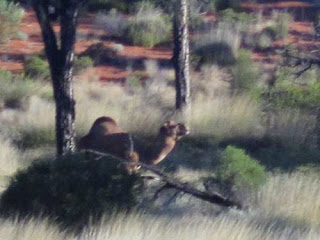 We also saw other wild camels walking beside the road when we travelled to Kata Tjuta. 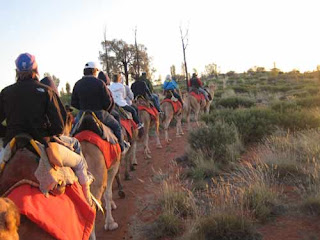 The camels on our tour we not so wild.  They followed each other slowly and steadily.  Everyone was riding two people per camel. 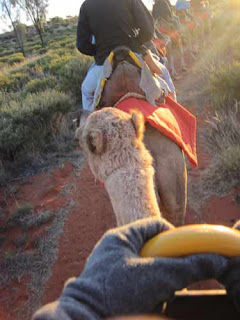 Our camel had a bit of an itchy head and took any opportunity to rub against the camel in front of us. 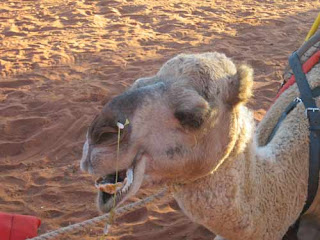 Our camel was named Chester.  As the guides called him it is pronounced "Chestah!"  It is quite high up sitting on top of a camel. When they sit down they fold their legs underneath them.  This means the riders are tilted way forward as the front legs fold under and then levelled out again as the back legs fold.  The process is the same for when the camel stands up.  Chester did a good job and we remained in our saddles the entire time. 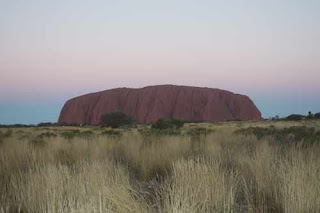 After an early morning of camel riding, we had plans for a late night too.  We headed to Uluru to watch the sunset. 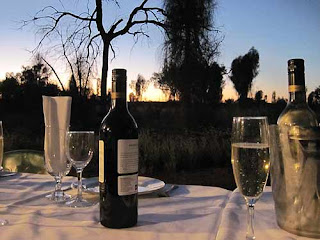 There were some tables set up so we could enjoy a meal and some drinks while the sun went down.  We hate to admit it, but the kangaroo was tasty. After dinner we would look up at the sky and see the stars in the reverse of how we are used to seeing them in the Northern Hemisphere. 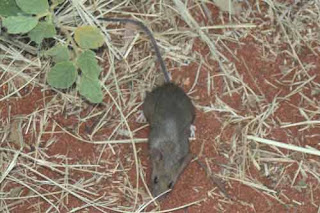 During dinner we had a few friends scurrying under the table looking for scraps.  Uluru is known for having the cute Spinifex Hopping Mouse.  We are quite sure our visitors were just regular mice. 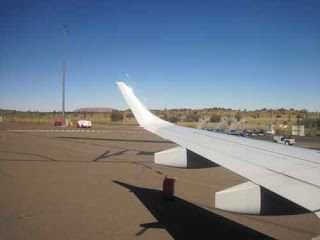 Our time in Uluru came to an end and we caught one last glimpse of the giant rock formation as our plane started down the runway.  We had seen some creatures big and small and even more reasons why Australia is such an unusual and special place.