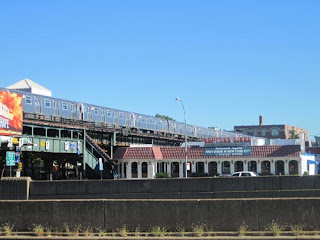 One of our favourite places to eat in Queens, New York is the Neptune Diner.  We have always been treated very well by the hostess who greets you when you enter the restaurant.  The restaurant itself is nestled under the elevated Astoria Blvd. subway station and along with regular diner fare it specializes in Greek cuisine.  It is open 24 hours a day so it is always there when you need it. 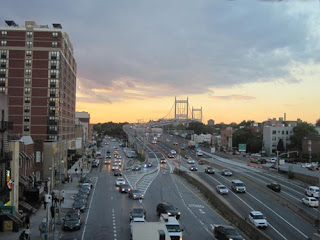 If you stay on Astoria Blvd. heading east past the diner, you will find yourself headed towards the Robert F Kennedy Bridge or more commonly known as the Triborough Bridge.  It was called the Triborough because it connects the three boroughs of Queens, The Bronx and Manhattan. 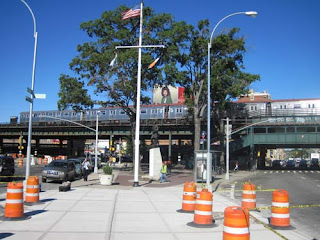 On the opposite side of Astoria Blvd. stands a statue of Italian explorer Christopher Columbus that was placed there in 1941.  The Neptune Diner, despite serving Greek food is also Italian based.  It is named after the Roman god Neptune who is the Italian version of Poseidon (God of the Sea). 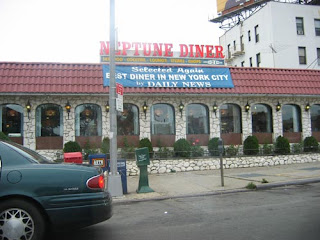 After enjoying our meal at Neptune we say our goodbyes and it is just a short run from the front door and up the stairs to catch a subway into Manhattan for more New York City adventures.  We know the diner will be waiting for us no matter how late we return. 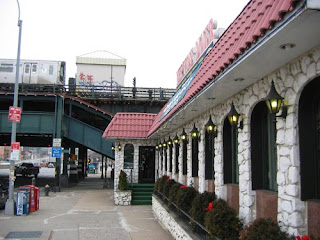 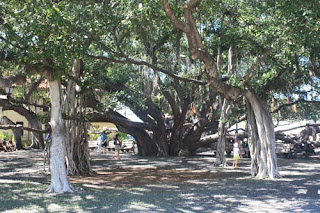 The banyan tree in Lahaina's main square was planted April 24, 1873 to commemorate the 50th anniversary of the first Christian missionaries in Hawaii.  It came from India where the banyan tree is the national tree.  As a seedling it was only 8 feet high.  When we finally arrived in Hawaii, it was over 60 feet high and covered an entire block.  Banyan trees are sometimes called strangler trees as they usually start their life on another tree and as the banyan grows it wraps its roots around the host tree.  As a banyan grows it also puts down roots from its branches.  This is why the tree in Lahaina appears at first glance to be several trees, but indeed it is just the one.  It also explains why the tree tends to grow outwards instead of upwards.

We spent some time admiring the tree as we waited for our whale watching tour to begin.  We also enjoyed some breakfast sandwiches at the appropriately named Banyan Tree Deli & Bakery across the street. 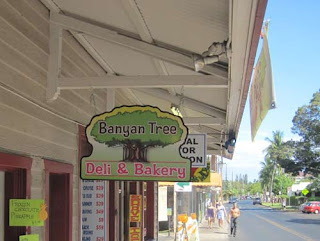 As we walked along Front Street we also encountered a few characters.  There was a thinking captain in front of The Wharf Cinema Center and a Fred Flintstone in his car advertising ice cream at the Maui Swiss Cafe. 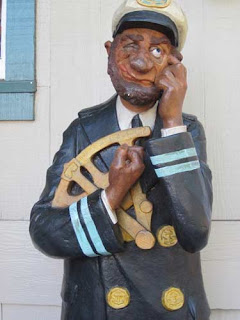 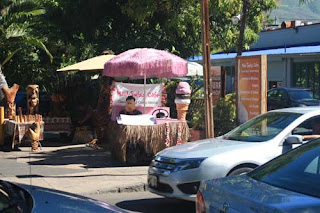 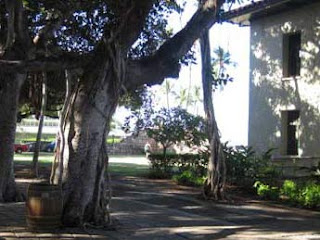 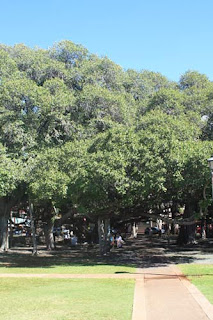 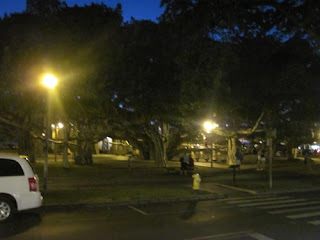 Finally it was time for us to head down to the harbour for our whale watching experience.  As the boat headed out to sea we looked back for one last glimpse of this impressive plant. 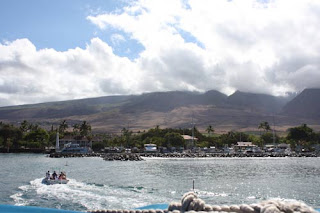 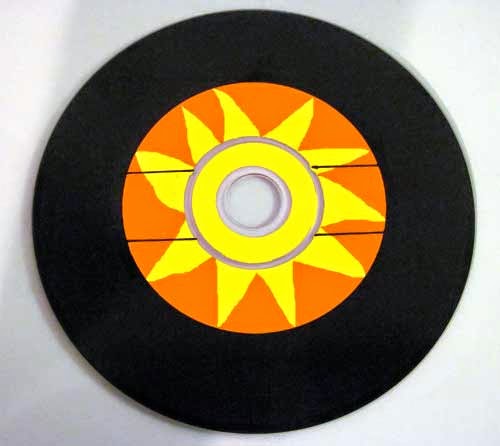 When we visited California we drove all the way from LA to San Diego and then up to San Francisco and finally back down to LA again.  That is a fair bit of driving and this song can take you across the entire state.  California Girls has been making people dream of fun in the sun for over 50 years now.  It is perhaps the best known of the Beach Boys songs.  It is also a great tune for relaxing or singing along.  You get your Beach Boys and your California Girls.

If you want to mix it up a bit you can also listen to a cover version by David Lee Roth (former Van Halen frontman). This version is only 30 years old and has a campier feel.  It is still Beach Boy approved as Beach Boy member Carl Wilson provides backup vocals.  The song mentions girls from all over the United States but the West coast is the preference. We wish they all could be California.
Map of Our World