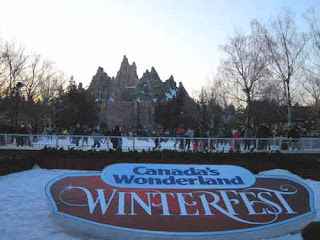 Canada's Wonderland amusement park started out as the summer place to go for rides and thrills.  When the kids went back to school in the fall, the season ended.  Next they started operating later and later in order to stay open with reduced hours up until Halloween.  In 2018 they realized, "Why is the park closed during the most wonderful time of the year?", and Winterfest was born.  Now being in Canada in the winter means it is too cold and snowy for most of the rides to operate, but that didn't stop them from turning the park into a winter Wonderland. 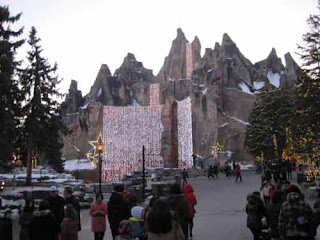 The centrepiece of the park is Wonder Mountain.  In the summer it has flowing waterfalls and cliff divers.  In the winter a cascade of twinkling lights flows down the mountain. Everything was the same but with a wintery twist. 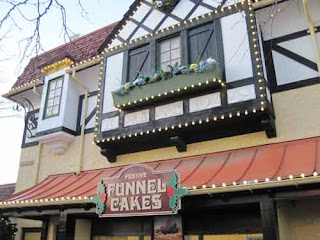 A must have treat when visiting Wonderland is the funnel cakes.  You can't go wrong with some deep fried batter topped with strawberries and ice cream.  Festive funnel cakes let you enjoy new flavours like Eggnog Gingerbread and Candy Cane. 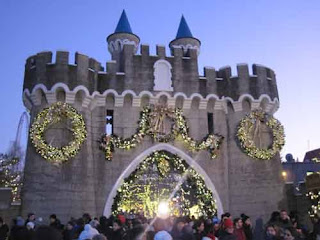 We entered Medieval Fare which was temporarily being called Elf Village. 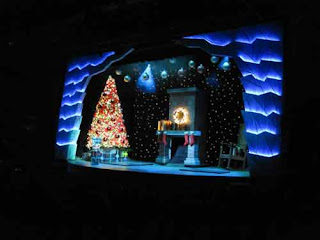 One of the many shows was called Tinker's Toy Factory.  It was good to get inside the theatre and watch a show as well as for a chance to warm up. 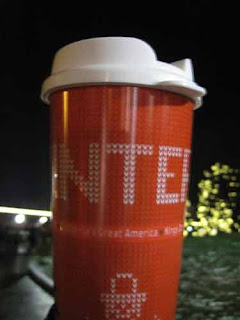 Another way to keep warm was with unlimited hot chocolate refills in our Winterfest mug.  All you had to do was line up at one of the many stations across the park and get your mug topped up again and again. 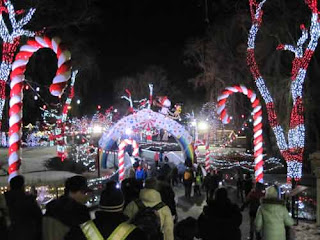 Every section of the park was decorated and covered in lights and Christmas delights.  We walked down Candy Cane Lane where Snoopy and Woodstock rode their sled across a rainbow. 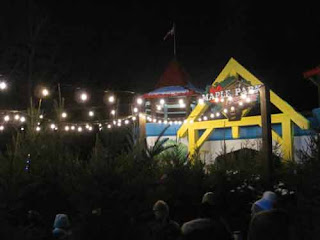 We came across a line-up going into a group of Christmas trees.  We couldn't see through the trees to see what was going on.  We decided to join the line and find out what awaited us at the end. 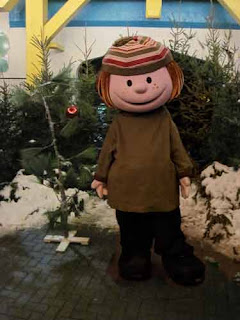 It turned out that this was Charlie Brown's Tree Lot and everyone was lined up to have their picture taken with Peppermint Patty and a thin little tree with only one ornament.  As we know, that little tree is full of Christmas spirit. 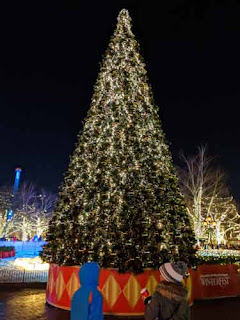 There were also giant Christmas trees filled with lights. 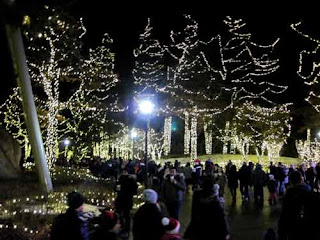 Just about every tree in the park was draped in glowing bulbs.  It really was an impressive display. 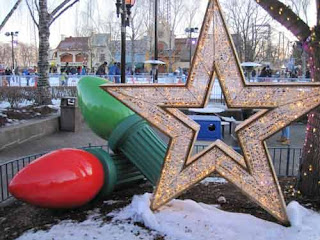 We wouldn't even dare to count how many lights might have been used to light up the park.  We would say for Wonderland to expect an oversized electric bill, nuch like these oversized lights. 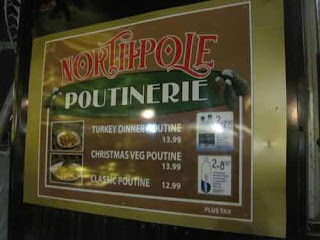 We started getting hungry again so what better to eat than some Christmas Veggie Poutine. 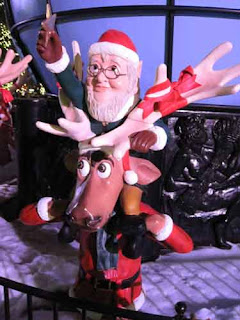 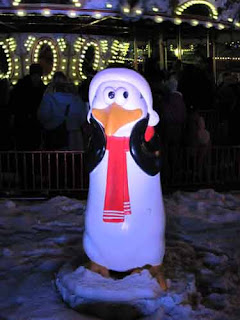 Around the park were many Christmas characters.  There were elves and reindeer and even elves on reindeer.  There were also some penguins dressed for the cold. 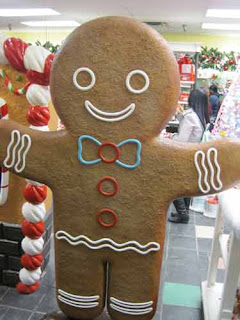 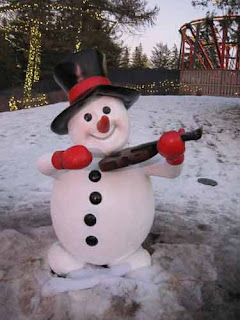 There were men made of both snow and gingerbread. 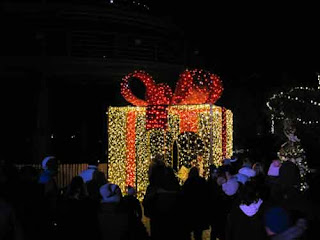 There was a giant present made of lights. 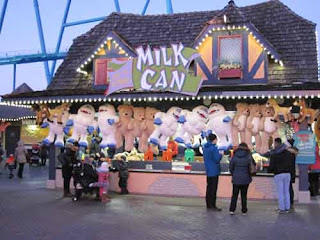 Even the games were themed for Christmas.  The Milk Can game was renamed the Snowball Toss.  If you won you might go home with your very own bouncing Abominable Snowmonster from the Rudolph Christmas classic. 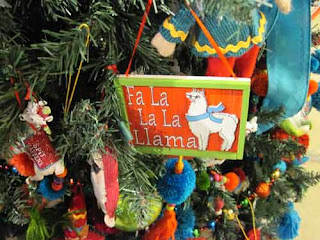 If you didn't win a prize, you could still go home with some Christmas decorations from the shops.  We liked the Fa La La La Llama ornament. 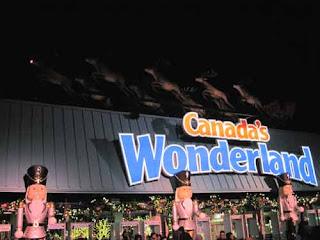 As we headed out of the park we thought we heard a clatter.  Was it the hooves of reindeer landing on a roof?  Maybe it was the clickety clank of people being pulled to the top of a roller coaster?  Either way Wonderland had provided us with some thrills for yet another season.
Map of Our World