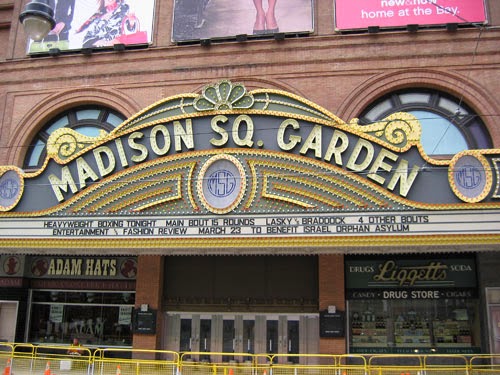 In the summer of 2004 Madison Square Garden suddenly appeared in Toronto.  The back of the Hudson's Bay store on Queen Street became the front entrance to the Garden as it looked in 1930's New York City.  All of this was due to filming for the movie Cinderella Man, starring Russel Crowe as boxer James Braddock.
It is always interesting how a film production comes along and transforms something to work their movie magic.  One week Madison Square Garden and boxing, next week save 40% on women's fashions and accessories. 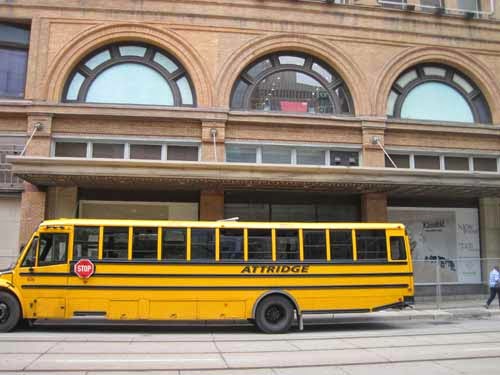