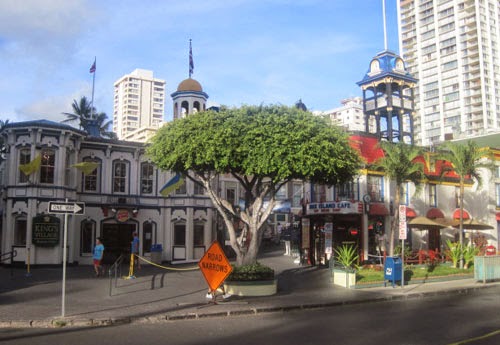 
As we were working our way through the crowds of Waikiki Beach, we happened upon King's Village.  It is named after the Hawaiian Royal Palace Guard for King Kalakaua back in the 1800s, not for the Burger King in front of which the guards perform.  Near the end of each day the King's Guard lower the Hawaiian flag and perform some precision drill routines.  As luck would have it we passed by close to the performance time.  This allowed us to briefly look around the shopping center and then wait for the show to begin.  The shopping center itself is nicely themed like little streets from Honolulu's past.
The guards in their nineteenth century uniforms finally emerged and the show began.


Two guards performed with near perfect precision.  They spun their rifles, passed the rifles back and forth and bounced the butts of their guns off the ground during their routine.  The guards then proceeded to lower the flag for the day.  When all was said and done, the tourists trapped in the Burger King were free to go and we headed back into the crowded Waikiki streets with a smile. 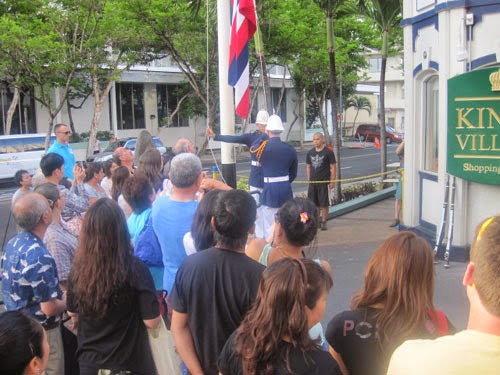