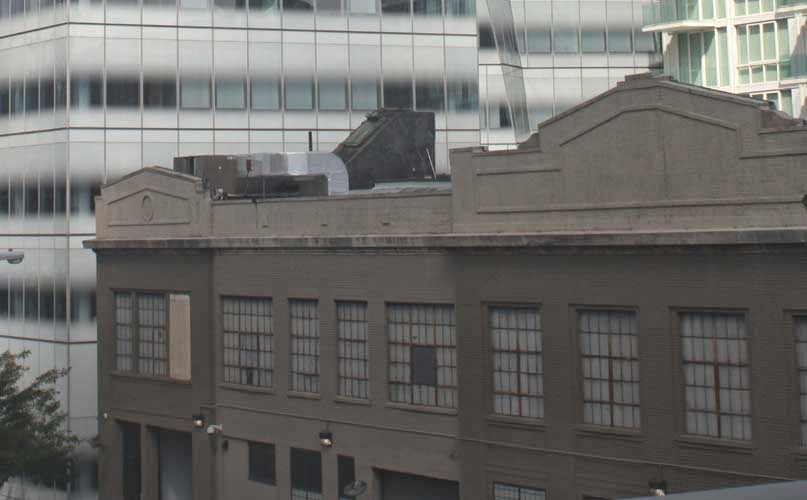 Admittedly, when we were walking along the High Line we were just taking some pictures of the curvy building that caught our eye.  The High Line is a public park that was built on an elevated rail line on the west side of Manhattan.  It was only after our trip that we realized we had walked over The Roxy night club.
The Roxy used to be a roller rink, but in the early 80's it was turned into a dance club.  Many big name performers and DJs have appeared at The Roxy, but the one that appealed to us the most was Yello.  They are the Swiss electronic duo of Deiter Meier and Boris Blank and performed at the club in December 1983.  We both appreciate their music, but one of us has been a huge fan since he discovered them in the mid 80's and ranks them up there as one of his all time favourite bands.  The significance of The Roxy to us is that this is the only place that Yello has performed live.  Ever.
We would like to thank that frosted looking, curvy building for getting our attention so that The Roxy could sneak into the shots. 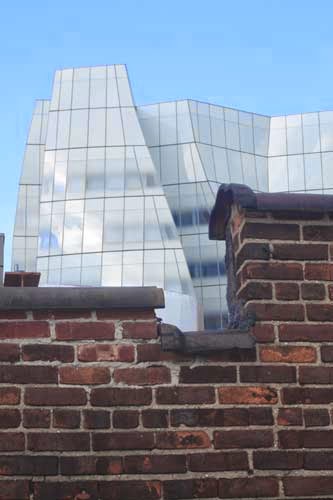