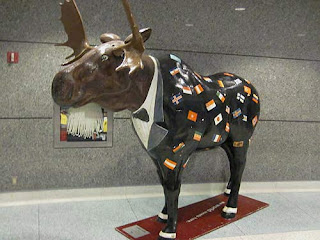 The Gentlemen's Expo 2017 is coming to Toronto this November 24th to 25th weekend.  We won some tickets and attended the event in 2016.  It focuses on clothes, grooming, drinking, eating and sports.  Despite being the Gentlemen's Expo it was fun for both genders. 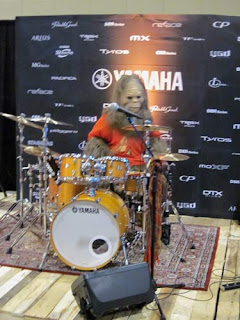 As we entered the Expo we were treated to the drumming skills of a Sasquatch. 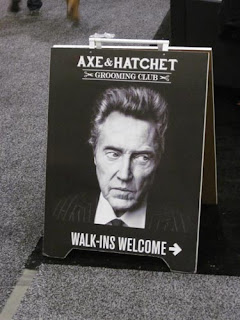 There were many booths offering grooming.  Many men stopped in for a haircut or a beard trim. 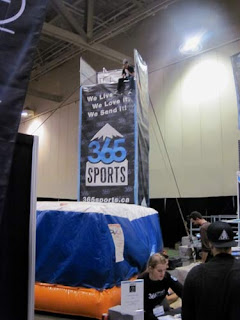 There was a booth run by Tenfed where you could jump from a tower into an air matress.  Tenfed is a company which sells clothing and for every item sold they feed ten hungry children.  They were running a similar program for every jumper. 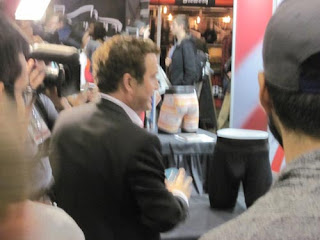 Rick Mercer was filming an episode of his show, The Rick Mercer Report, from the Expo.  He was playing a ball game at a booth selling specially designed underwear for men called MyPakage.  It reminded us of a commercial spoof he did on his show called "Knee in my Package". 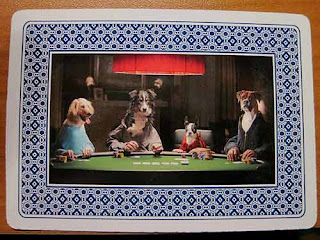 There were a few booths from OLG (The Ontario Gaming & Lottery Corporation) where they were warning about gambling and giving out free scratch cards.  They also had a vending machine where you selected a number in hopes of getting the candy you wanted, but it didn't always give you what you selected.  Just like the lottery.  You could choose A5 in front of a bag of chips and instead a bag of skittles would drop from another row in the machine. 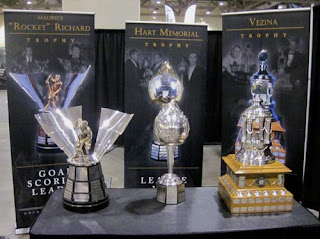 The Hockey Hall of Fame had a section set up featuring hockey memorabilia and trophies.  One of the jerseys on display had a 93 on the back and read Gilmour. 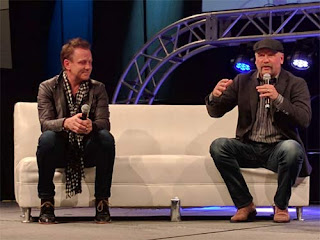 Former Toronto Maple Leaf hockey players Doug Gilmour and Wendel Clark were on stage for a live interview.  They are best known for their time with the Maple Leafs in the 1990s.  They shared some stories and took questions from the audience. 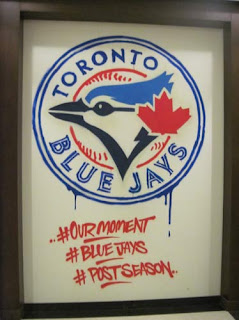 This year at the Gentlemen's Expo, former Toronto Blue Jays Roberto Alomar and Joe Carter will be on stage. 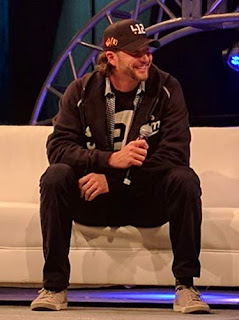 During the 2016 Expo we watched an interview with then current Blue Jay pitcher, Jason Grilli. 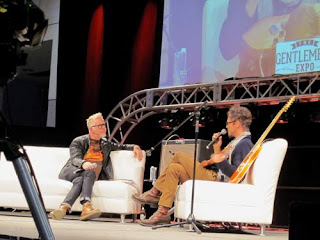 We also saw an interview with Big Wreck singer, Ian Thornley.  Big Wreck is best known for their songs "That Song" and "Blown Wide Open".
All of the above as well as using drink tickets to sample various alcoholic beverages and repeat visits to the Dr Oetker pizza truck for pizza slices made for a fun night for all.  As we left the Metro Toronto Convention Centre, even a moose statue (top of post) was dressed up in his suit looking like a perfect gentlemoose.