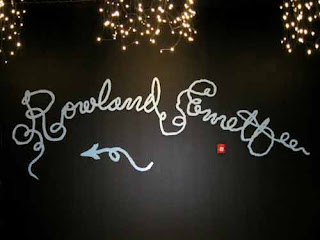 Every winter around Christmas time, the Ontario Science Centre puts their collection of Rowland Emett's machines on display.  It is the largest single collection of these mechanical inventions and never ceases to amuse and amaze.  Rowland Emett started as a cartoonist for Punch magazine before building these herky-jerky contraptions which always seem to include lampshades and teapots and be driven by thin men with mustaches.  Let's take a look at a few of these dream machines. 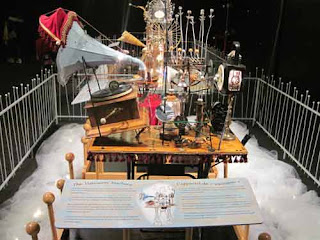 This machine is made up of a gramophone and an old sewing machine.  Like most of Rowland's creations it has a lot of moving parts but it is hard to figure out the purpose. 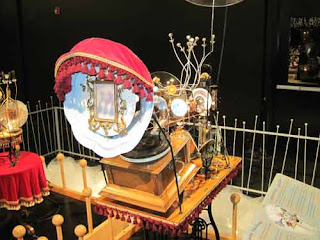 It somehow projects an image into the horn of the gramophone which is supposed to be that of a man bull-fighting with a goat.  This machine made a brief appearance in the movie Chitty Chitty Bang Bang. 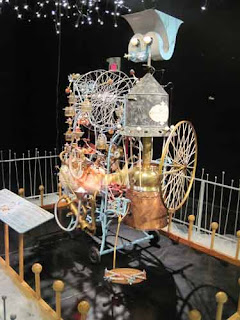 This next contraption had a bigger role in the Dick Van Dyke movie Chitty Chitty Bang Bang.   It makes candied apples and more as it whirs and turns. 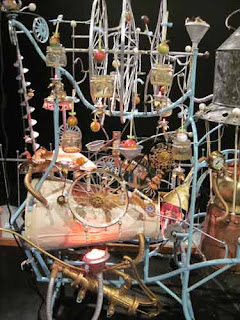 The machine makes candy but as Truly Scrumptuous says, "The boiling point of your sugar is too high".  As a result the candy has holes in it but lets you blow into it to make a whistling sound. Toot Sweets. 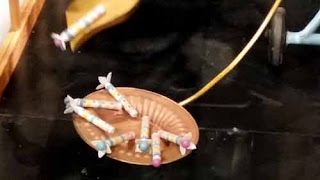 Dick Van Dyke's character Caractacus Potts takes his candy to try and sell it to the candy factory.  As everyone blows into the candy, the whistle attracts dogs which end up making a mess of everything. 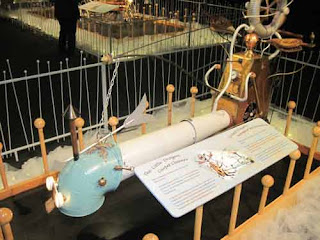 Also in the movie is the little dragon carpet cleaner which instead of cleaning a carpet sucks up the whole thing.  The carpet cleaner on display at the Science Centre had a little brush that looked like a mustache. 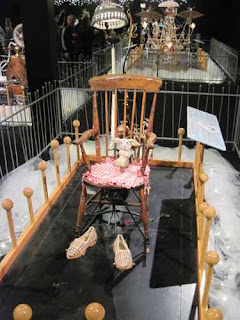 This chair works with a hot air engine to keep it rocking.  It also conveniently has slippers sticking out in front so you can put your feet inside.  Keep your eyes open and you might notice it also in a certain film. 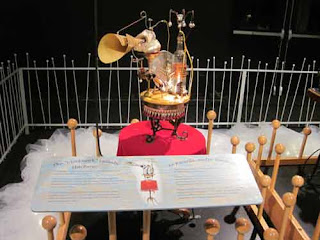 When Caractacus Potts sings Hushabye Mountain to his children he first starts up this contraption which is made up of a conch shell and a wine bottle among other things. 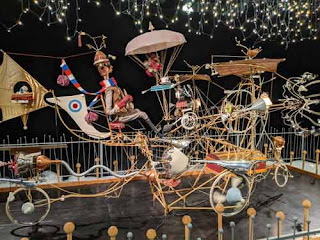 This machine is our all time favourite and it also boasts the longest name.  It has been at the Ontario Science Centre for decades.  It is meant to be a flying machine but as it lurches back and forth we don't think it is ever going to get off the ground.  It looks like it has a better chance of making tea. 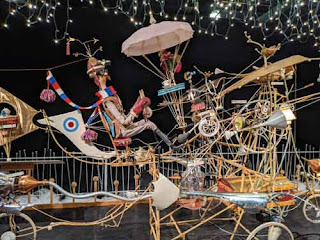 This machine features one of the thin, mustached men that Rowland seems to like to add to his contraptions.  It also has a few furry friends like the dog looking forward at the front of the plane and a little kitten sitting in the rudder.

The Forget Me Not Computer 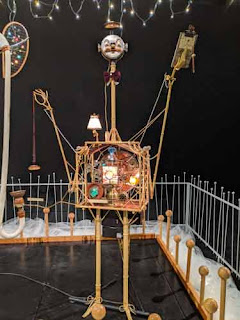 Memory may hold the door, but elephants never forget.  The picture above shows FRED who is part of the Forget Me Not Computer that Rowland made for Honeywell.  FRED stands for Frightfully Rapid Evaluator and Dispense. 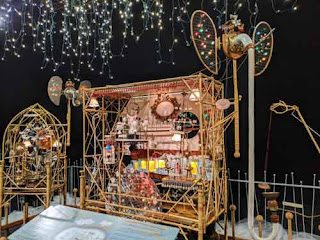 The next part of the Forget Me Not Computer looks like an elephant.  The computer frame is made from a lot of bamboo. 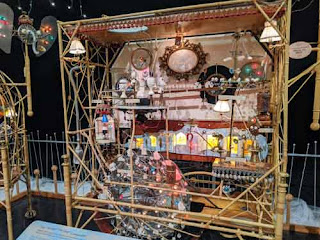 Inside it has something called the Eenie-Meenie-Miney-Mo unit. 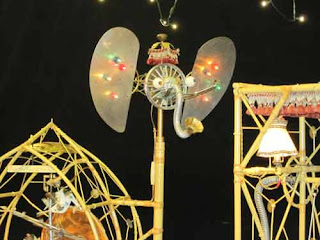 Another smaller elephant is called Forget Me Not Junior and works the card punch system.  Unforgetable. 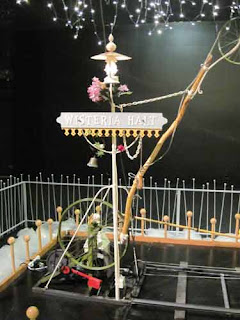 Rowland Emett's popularity increased after he created a railway for the 1951 Festival of Britain.  This next machine is another train creation.  It is a tea train headed to Wisteria Halt. 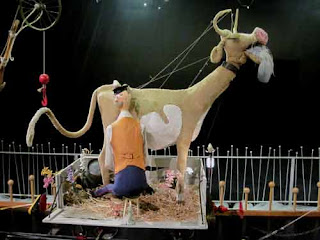 It is made up of several train cars.  The last car has a cow being milked in order to provide cream for tea. 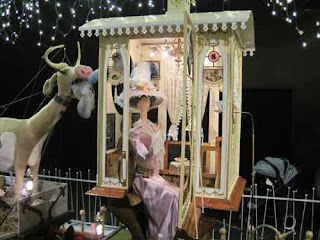 The next car has a first class passenger enjoying their tea.  The cow has chosen to munch on the ostrich feathers sticking out of her hat. 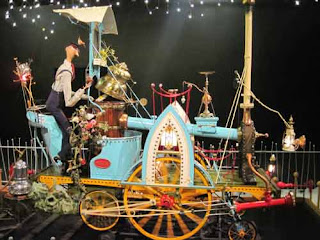 The whole train is pulled by Nellie the steam engine in a beautiful blue.  Nellie also heats up and pours tea as well as preparing a bit of breakfast as she goes. 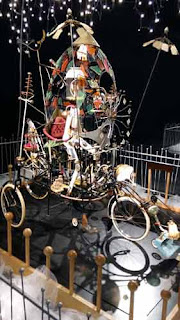 The last device on display was designed to be landed on the moon and then pedalled about for exploratory purposes. 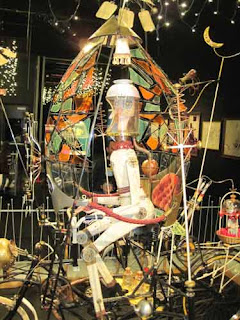 The mustachioed man must keep pedalling in order to bring oxygen into his helmet.  He looks out through a stained glass dome over his head.

Check out Rowland Emett's machines in action in the video below and find out why they are known as dream machines.