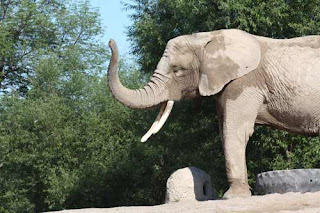 In 2013 the last African elephants left the Toronto Zoo. They were headed to California to live out their days in a larger space away from cold Canadian winters. We miss the elephants when we visit the zoo.  But don't worry, if you know where to look you can still find elephants hidden around Toronto.  Below is a list of places to include on your search. If you know of any more, please let us know. 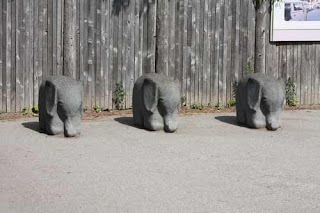 A good place to start your search for elephants is at the Toronto Zoo.  The big elephants may be gone, but these three little ones still remain.  They are near the African Pavilion looking towards the old elephant exhibit.  The exhibit is now home to the zoo's Masai giraffes. 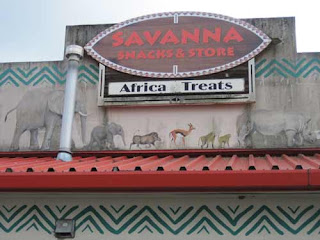 We also spotted a couple of elephants on the roof of the Savanna Snacks store.  This store is located near the African Zoomobile stop and the old home of the Masai giraffes. 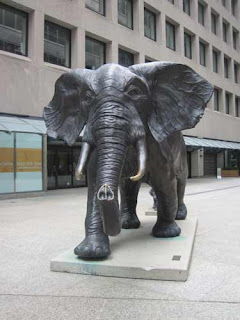 If you are looking for bigger elephants around the city then Tembo is for you.  Tembo, Mother of Elephants stands in Commerce Court just north of Bay & Wellington. She is over nine feet tall. 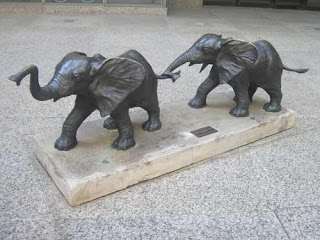 Behind Tembo are two little elephant calves following their mother. 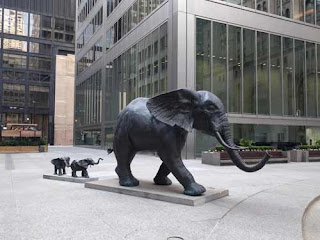 These bronze sculptures bring some extra life and fun to Toronto's financial district. 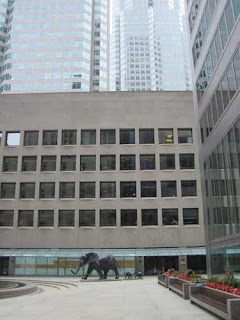 Tembo is small compared to the towers of Toronto's downtown.  If you don't know where to look, you might just miss her. 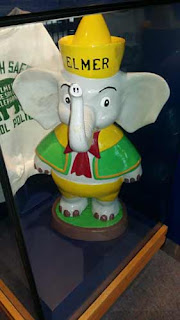 Elmer the elephant has been around since 1947 teaching school children about safety.  He has been helping keep children safe in playgrounds and on the roads.  This little Elmer (above) can be found in the Toronto Police Museum. 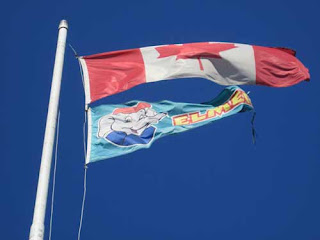 Many schools around the city still fly the flag and participate in the Elmer school program today. 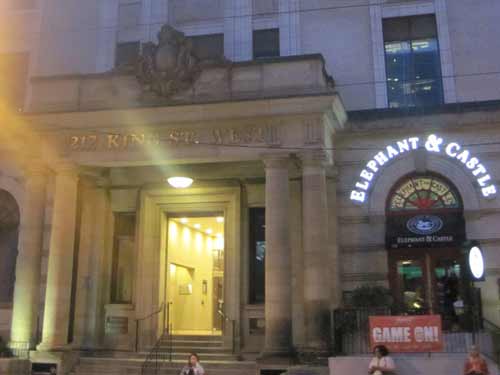 The Elephant & Castle is the name of a group of pubs.  There used to be a couple of locations in the Toronto area.  The location at Yonge & Gerrard closed. This one (above) is located on King Street West near Roy Thomson Hall. 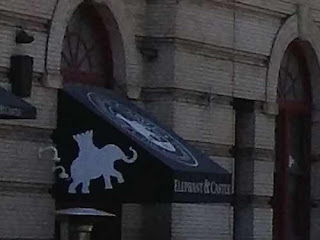 The pub is named after an area of London, England.  The logo has an elephant with the turret of a castle on its back. 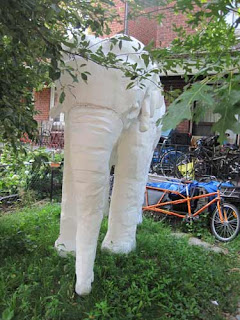 This next elephant stands on the front lawn of a private house on Yarmouth Road in Toronto.  When we visited it was hiding behind a tree. 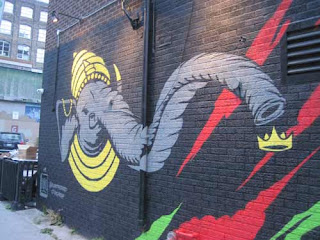 The elephant painted on the wall of My Roti Place on Queen Street West looks ready to pull the crown right off of your head.  While you are there why not build your own meal served on Indian flatbread? 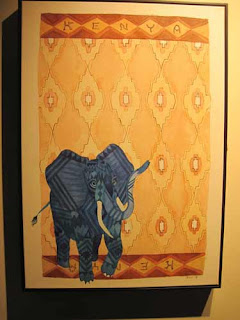 A lot of people inside Starbucks don't notice anything besides their cellphone and their coffee.  We noticed this Kenyan elephant on the wall of a location near Leslie & Sheppard.  It was there to show where the different coffee beans come from.  There was also a Sumatran tiger and Guatemalan parrots. 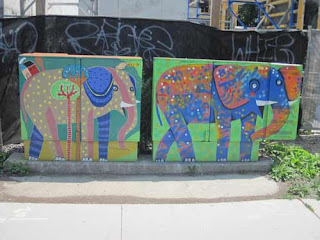 At the east end of Seaforth Avenue you can find this pair of pachyderms.  More and more utility boxes around the city are being painted by artists.  We liked the colours and style of this elephant pair. 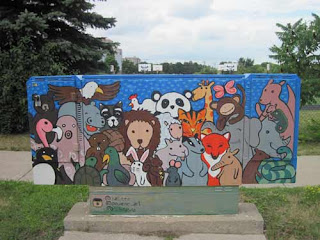 Up on Sewells Road in Scarborough is a utility box that is just full of animals.  And yes, there is an elephant included. 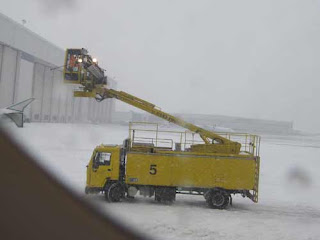 If you have ever found yourself departing from Toronto's Pearson International Airport in the winter, you may have been in the presence of another Toronto elephant.  These trucks are called elephants after the hoses that are mounted on a crane.  They are used to spray a glycol / water mix that looks like orange Kool-Aid.  The orange spray is de-icer.  Thanks to these elephants, planes are able to take off safely in even the coldest conditions. 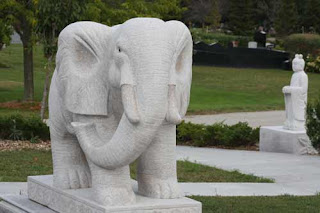 In the far back corner of York Cemetery in North York, we found another elephant. 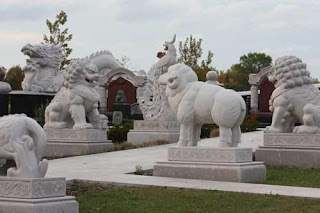 The elephant was in a section with dragons, sheep, birds and more.  It appeared they were still waiting for the humans that would eventually join them. 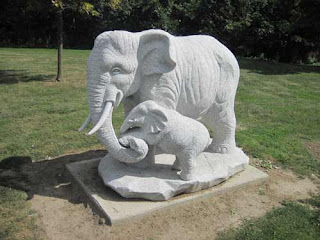 Our last elephants can be found at Beechwood Cemetery.  This mother and baby are located a little bit outside of Toronto just north of Jane & Steeles.   We could have stopped our list at ten but we thought it should go to elephan.