A Weekend In Paris 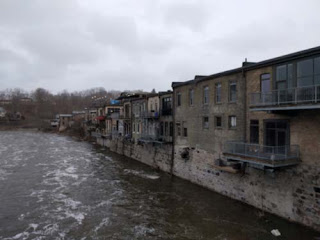 Even though travelling is a little harder these days, we still managed to get away for a weekend in Paris. Paris, Ontario that is. Paris was not named after the city in France, but named for the nearby deposits of gypsum which were used to make plaster of Paris.  Paris has often been referred to as the prettiest little town in Canada. The restaurants and other businesses on the main street look out over the Grand River. We visited on a cold weekend in the off season and still found a lot to keep us entertained. 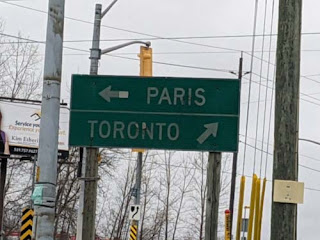 Paris, Ontario is only about an hour and a half drive from Toronto.  As we approached the town even the street signs wanted to remind us that we were not really that far away. 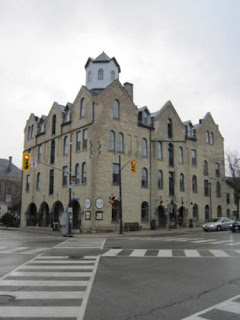 We stayed in the Arlington Hotel which was built in the 1850s and is now a boutique hotel with themed rooms.  The hotel stands tall and proud at the corner of William Street and Grand River Street. 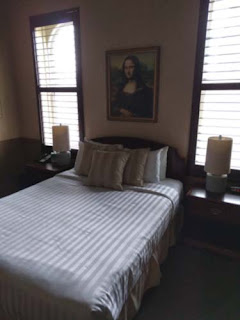 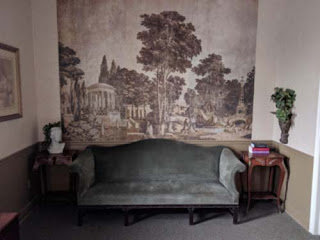 Each room of the Arlington is themed for a different artist.  We stayed in the most Parisian room of them all, the da Vinci suite.  Why not have the Mona Lisa hanging directly over your bed? 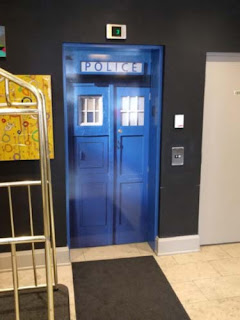 The elevator of the hotel was decorated like a TARDIS time machine from the Doctor Who television shows.  TARDIS stands for Time And Relative Dimension In Space. 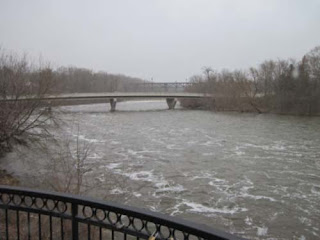 The Grand River that flows past Paris is almost 290 kilometres long and ends its journey at Lake Erie. 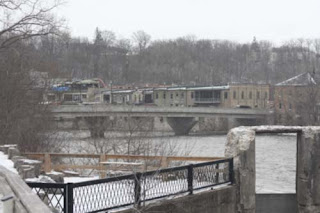 Despite the cold, we decided to walk from town and check out Penman's Dam.  We could feel the warmth of Paris calling us back. 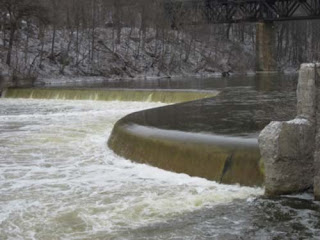 Penman's Dam was created to run one of the mills for Penmans Limited Clothing Company. 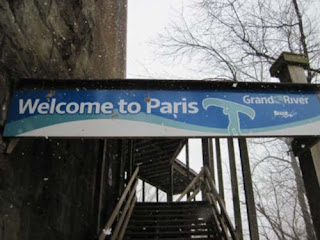 The area around the dam is a launching point for some of the canoe and kayak groups in the town. 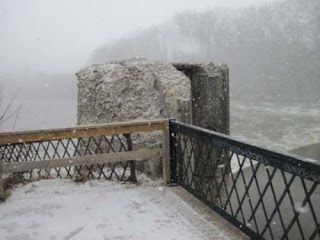 As we were leaving the dam, it started to snow. Snow in Paris, France is a rare occurrence, but in Paris, Ontario it is quite common. 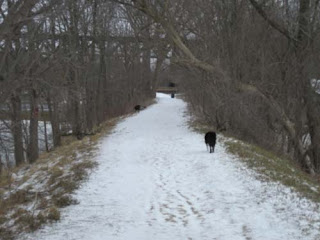 The only other travellers we saw near the dam were a pair of dogs all by themselves.  We headed back to the warmth of our hotel. 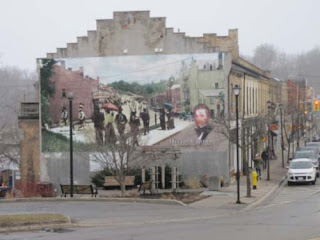 We ventured out again to explore the town.  At the north end of town is a mural showing Hiram Capron.  Hiram was the founder of Paris and lived and died in the town he helped incorporate in 1849. 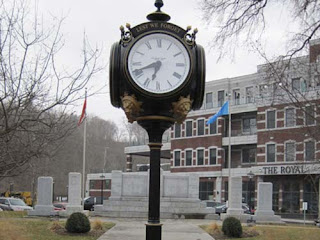 At the south end of town is a clock and a war memorial.  "Lest We Forget" the men and women of Paris who were lost during war. 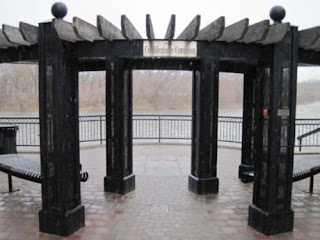 Paris is also known for its use of cobblestone in the construction of many buildings around the town.  Cobblestone Common is the name of a park located beside the river. 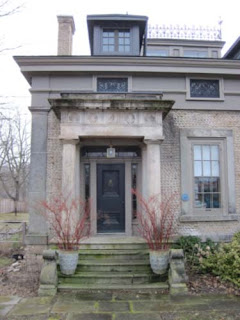 Charles Mitchell house is a good example of cobblestone used in construction.  If you look closely you can see all the little stones mixed into the front wall. 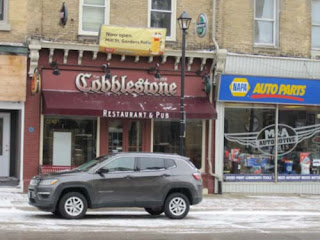 A local pub is even called The Cobblestone in honour of all the stones used in town.  We'll drink to that! 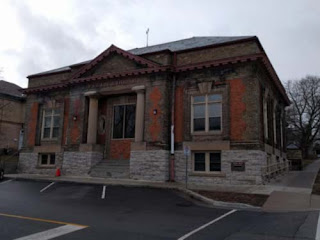 The rest of town has some interesting places to visit and more interesting architecture.  You can also tell stories of your trip and dream of being in Paris, France.  "I read the most interesting book in a library in Paris". 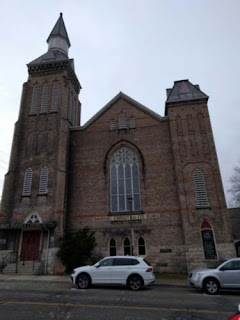 There are many different churches to see in Paris.  Nothing quite compares to Notre Dame Cathedral. 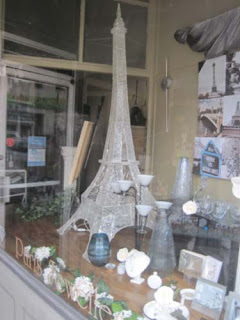 The Paris Jewellers had an Eiffel Tower in their window to further make you feel like you are in a different Paris. 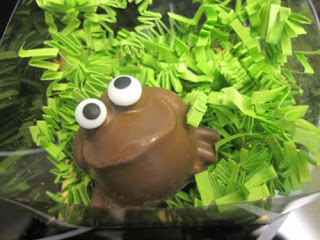 Frog legs have long been a delicacy in Paris, France.  Chocolate Sensations offered many sweet treats including chocolate frogs.  They are just solid milk chocolate in case you were wondering. 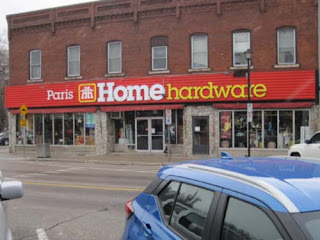 Just as we started to feel as if we were somewhere in Europe, we spotted a Canadian hardware chain.  The local Paris Home Hardware reminded us where we were.  Not a bad place to be.  We enjoyed great food, interesting architecture, a quirky hotel and more.  We were told we need to come back in the summertime when the city is filled with flowers and at the peak of its beauty.