Rise Of The Jack O'Lanterns 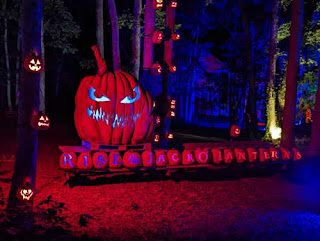 
As Halloween season approaches, all sorts of creatures prepare for October 31st to arrive.  Nothing represents Halloween quite like a carved pumpkin or Jack O'Lantern.  While we were in New York City we visited the Rise Of The Jack O'Lanterns.  The Rise Of The Jack O'Lanterns is a winding trail through the woods and is filled with hundreds of pumpkins.  There were pumpkins from all sorts of movies from animated Disney to Pulp Fiction.  This blog is going to focus on some of the spoookier carvings.  We followed the trail into the woods towards the glowing orange lights. 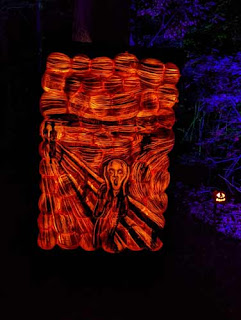 The first pumpkins we encountered were based on famous works of art.  There was American Gothic, Mona Lisa and this more Halloween appropriate, The Scream. 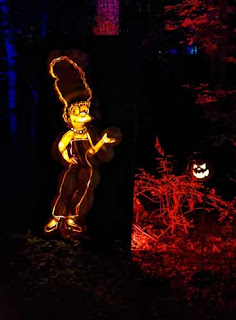 The next section featured all the Simpsons characters.  While not normally spooky, the animated show does a special Treehouse Of Horror episode at Halloween.  This year they will have made more than 32 of them.  Also Marge's hair reminds us of Bride of Frankenstein. 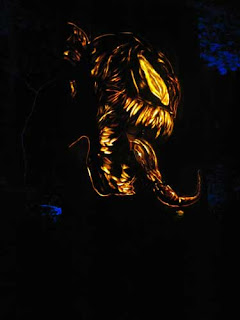 There was no shortage of comic book heroes and villains.  We have pictured Venom above, as we find him to be the creepiest. 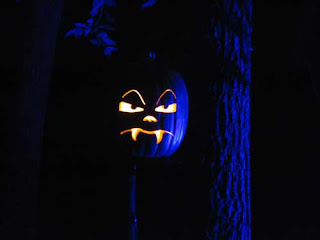 While all the character carvings were made out of groups of pumpkins, there were still more traditional carvings scattered along the trail. 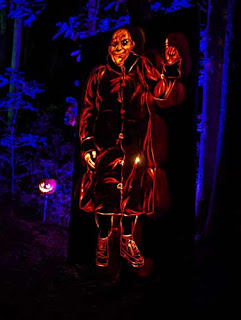 The next group of carvings were from the creepy and kooky Addam's Family.  The Uncle Fester above appears to be from the movie version with Christopher Lloyd.  Further down the trail was also Christopher's most famous character of Doc Brown from Back to The Future. 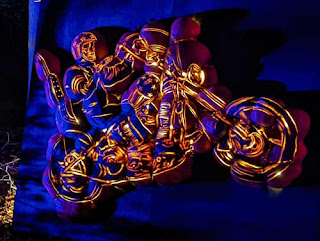 This skeleton biker reveals a bit of the secrets behind how these intricate carvings are made.. 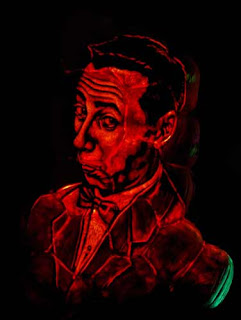 A Pee-Wee Herman carving was the next we encountered.  Pee-Wee's Big Adventure was Tim Burton's first feature film.  Pee-Wee himself is not very scary. 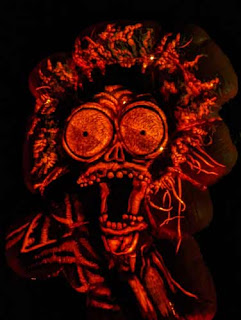 But Large Marge is! 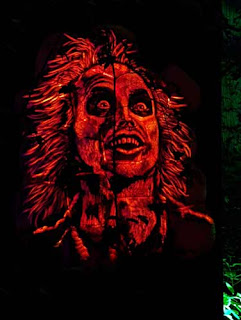 Tim Burton's movies have always had a darker feel to them.  They have been associated with ghosts and strange creatures and Halloween.  He is responsible for Beetlejuice. 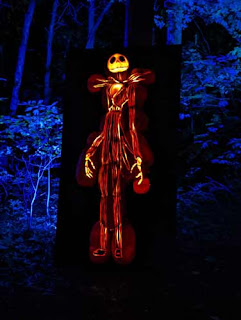 Burton created the stop motion classic The Nightmare Before Christmas.  Jack Skellington has become both a symbol of Halloween and Christmas. 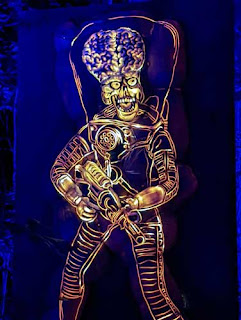 There were also some carvings from the hilarious Mars Attacks! 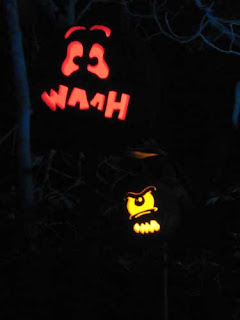 We headed further into the woods to see what else awaited us. 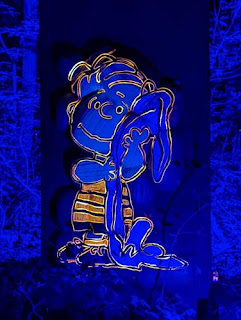 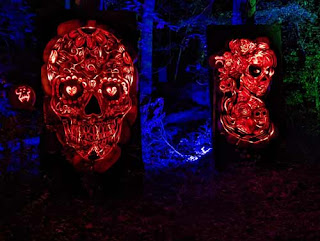 There was a section dedicated to artwork made up of flowers and skeletons. 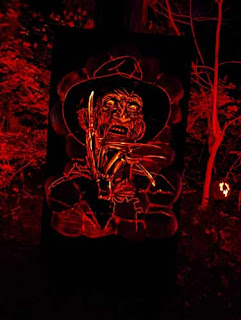 There were some classic horror film villains such as Freddy Krueger and the clown from It. 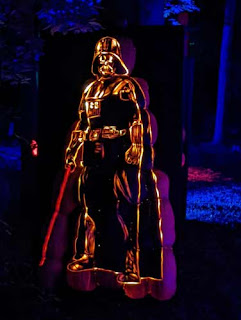 In the Star Wars section there were lots of carvings.  Sorry Rebel forces but Halloween belongs to Darth Vader. 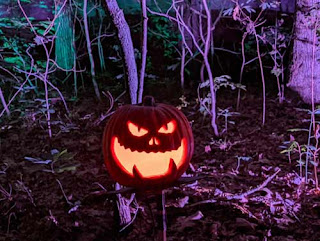 There were so many more pumpkin creations along the Rise Of The Jack O'Lanterns trail.   We were impressed by the amount of work that went into the carvings.  If you need to get some costume ideas or enjoy a fall evening walk, these type of events can be found in many cities across North America.   Happy Halloween!