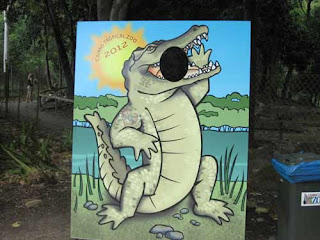 Cairns Tropical Zoo closed in 2016.  The zoo was owned by the same family that owns the nearby Hartley's Crocodile Adventures so when the zoo closed a lot of the animals were transferred there.  We were lucky enough to have visited Cairns Tropical Zoo in 2012 and had some great experiences.


We visited the zoo over two days and started one morning by having "Breakfast With The Koalas".  We were served a full buffet breakfast and also had a very special visitor.  A koala came into the dining area on a small wagon with a tree attached.  We got to see the koala up close and he seemed just as interested in checking us out as we were in him.  Forget about breakfast, if you start your day off with a koala it is bound to be a great day.


The same keeper that kept an eye on the koala during breakfast also had a supporting role in the crocodile feeding we watched later that day.  The keeper had told us over breakfast that he prefers working with crocs rather than koalas.  As for us, we will take cute and cuddly over cold and chompy any day.  The real star of this show was an almost 4 meter long saltwater crocodile that lunged out of the pool to take a bite at a chicken or anything else it could grab. 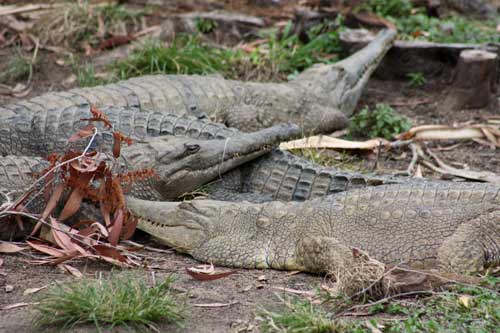 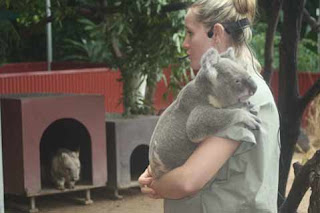 Two other animals that are cousins are koalas and wombats.  A keeper talk explained what these two marsupials have in common and how they differ.  Wombats are a lot more aggressive said the keeper as she showed us a big bandage on her leg.  Koalas don't mind being held. 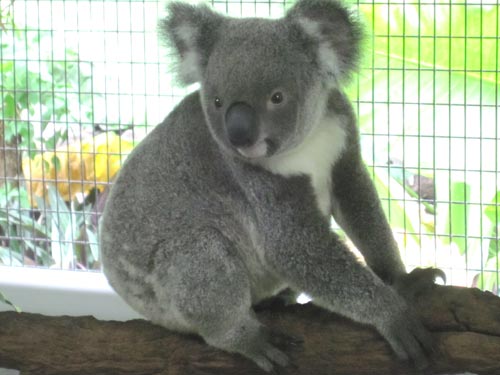 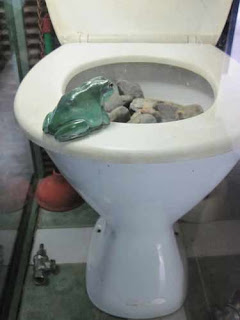 Australia is known for having many deadly and unusual creatures.  The reptile house had an exhibit where a big green frog was siting on a toilet.  Remember in Cairns to lift both the lid and the seat, then tap the bowl for good measure before getting down to business.  You never know if a frog, spider or snake may have claimed your toilet as its new home while you were away. 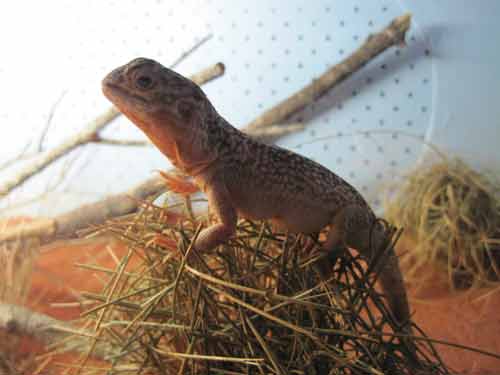 This central netted dragon is a reptile that is only found in Australia.  He was a cute little guy. 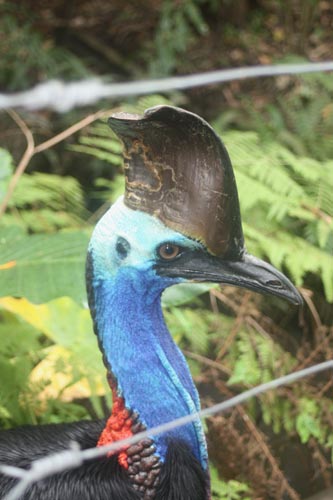 This next bird is sometimes called the world's deadliest bird.  The cassowary is a large flightless bird that can stand over 6 feet tall..  With a hard casque on its head and three toed feet with sharp dagger-like claws it is not to be messed with.  If you saw one walking around you might feel like you were watching a dinosaur. 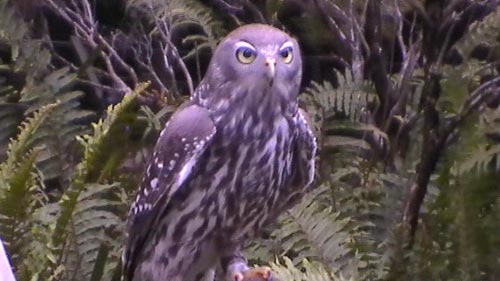 During a bird flight show we were introduced to a barking owl.  It has a call that sounds like a dog barking.  It also had bright yellow eyes that can look right into your soul. 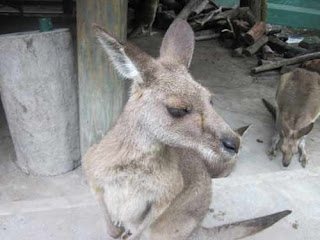 No Australian zoo would be complete without kangaroos.  Cairns Tropical Zoo had its share of kangaroos.  We found ourselves surrounded by a mob (a group of kangaroos) looking for snacks.  The kangaroo above was the biggest of the bunch and must have been the mob boss.  We enjoyed ourselves so much that we could have spent a few days at this zoo.  Oh wait, we did!
Map of Our World