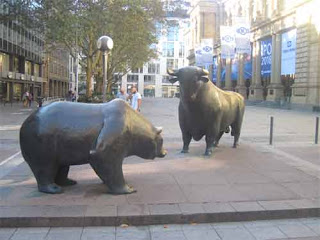 On our way to South Africa, we had a layover in Frankfurt, Germany.  We took this opportunity to leave the airport and check out the town.  As we walked along we found ourselves in the middle of a showdwon between a bull and a bear (or a bulle and bär in German). 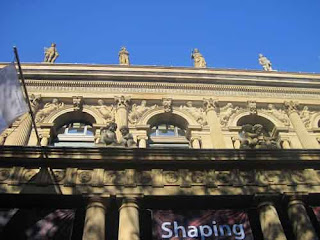 In front of the Frankfurt stock exchange stand two sculptures by Reinhard Dachlauer.  They have been there since 1987.  The bronze to make the sculptures was donated by the stock exchange on its 400th anniversary. 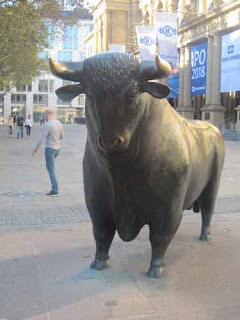 The bull represents a rising stock market where investors are optimistic. 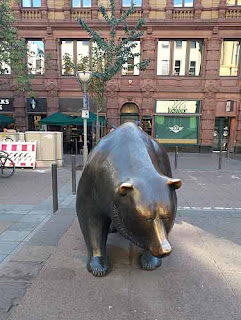 The bear represents a recession where investors are wary. 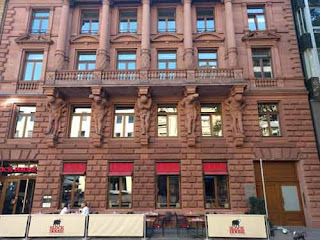 Behind the bear is the Block House restaurant.  The building has a balcony which appears to be supported by several hunched over figures. 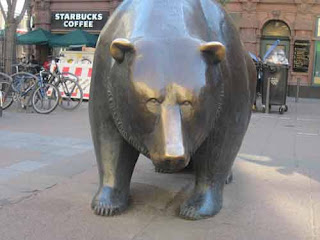 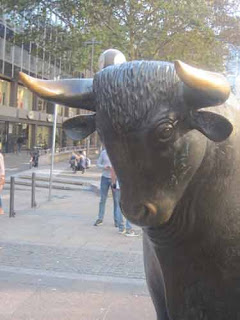 Both sculptures had a cartoonish quality and lots of personality.  We found them very endearing  regardless of which way the stock market is headed 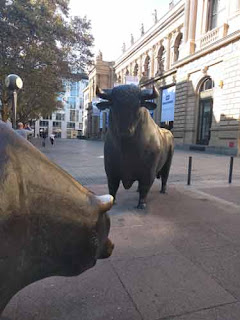 Bulle & Bär
Post # 253
Posted by On Vacation at 12:30:00 am No comments:
Email ThisBlogThis!Share to TwitterShare to FacebookShare to Pinterest
Labels: Frankfurt, Germany, Works of Art
Location: Börsenpl. 49, 60313 Frankfurt am Main, Germany 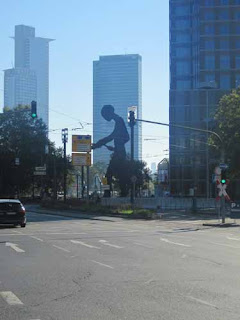 As we walked through Frankfurt, a large silhouette appeared in the road.  As we got closer we realized it was moving.  One of its arms was going up and down.  This was Hammering Man. 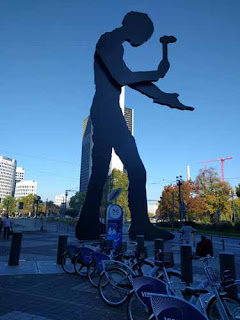 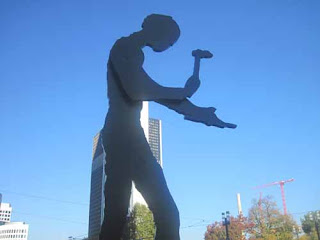 Upon closer inspection we can tell that he is working with steel. He is wearing a protective visor/helmet and holding something in his gloved hand.  He continues to hammer on. 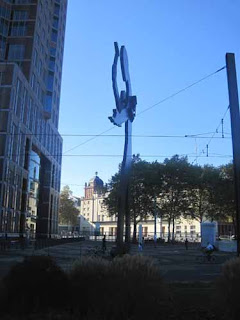 From a side angle he is very thin and it is hard to tell exactly what these moving pieces of metal are. 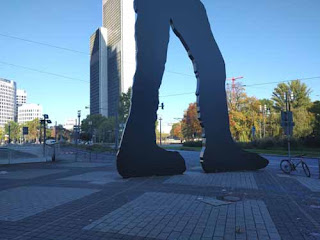 There are several Hammering Men around the world.  The one we visted in Frankfurt has been there since 1990.  There are smaller indoor Hammering Men in many cities.  There are larger outdoor sculptures in places such as Seattle, Washingtion and Seoul, South Korea.  The one in Seoul is the largest and is one meter taller than the German Hammering Man.


The artist likes the fact that these men are all hammering around the world in unison.  They represent how people work with their hands to build the world around them.  We like that idea too.  Keep up the good work!
Map of Our World