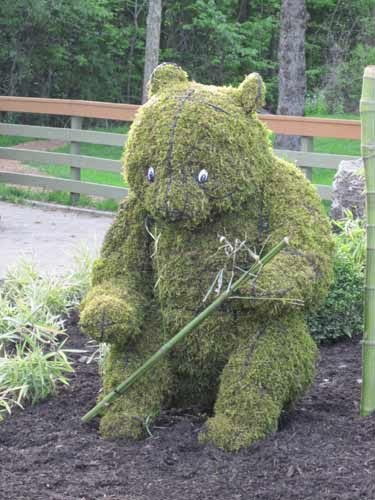 Back in 1985 the Toronto Zoo had Qing Qing and Quan Quan for several months.  Now it is Da Mao and Er Shun who pay the zoo a visit.  We are sure to stop by and see them whenever we can, as we know that their time on loan from China is limited.  They are expected to remain at the zoo until 2018 and then move on to the Calgary Zoo, unless they breed successfully.  If that should happen then their departure date will be re-evaluated. 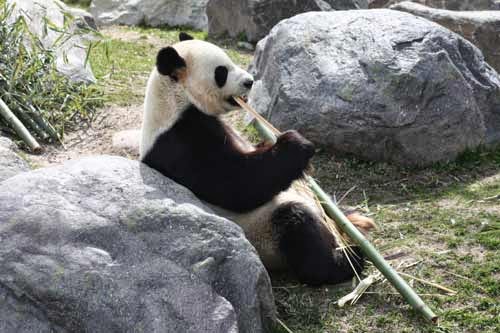 Pandas spend most of their time either sleeping or eating massive amounts of bamboo.  On our visits they have usually been sitting back enjoying a good chew on a bamboo stick.  Despite being known for being cute and cuddly, pandas have big claws and sharp teeth that help them with this task.  We would expect that 10 out of 10 dentists don't recommend that you try this at home. 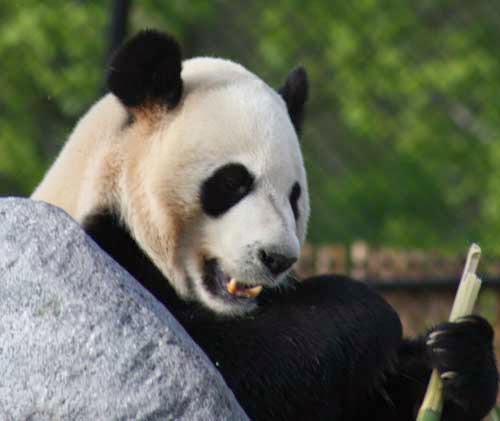 The two pandas are kept separate unless it is during the mating period.  They spend a lot of time apart since that period is only for a few days each year.  Da Mao is the male panda and he usually spends his day in the larger outdoor area of the enclosure.  His name in english is 'Big Fur'.  Er Shun is the female and she has a smaller area on the other side of the exhibit.  Her name means 'Double Smoothness'.  Both pandas weighed roughly the same amount shortly after their arrival.  Da Mao was 98.8 kg and Er Shun had a slight advantage over him at 100 kg. 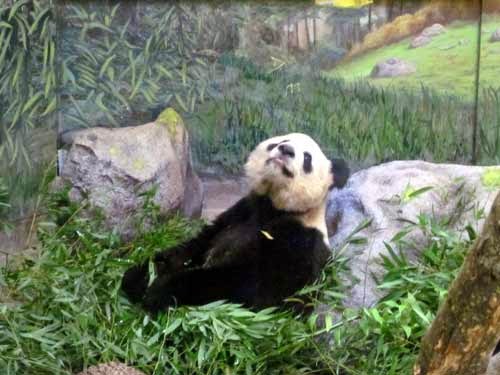 We have also been fortunate enough to see the pandas do something else besides eat.  Da Mao often takes a walk around his pond area to help him digest before his next snack.

During one visit Er Shun treated us to quite the acrobatic display as she did somersaults, commando moves and spent some time swatting at a big giant mirror.  We were lucky enough to have recorded this and you can see the highlights in the video below.


We hope that the pandas will be with us for quite some time and maybe if we are really lucky the Toronto panda population is on the rise. 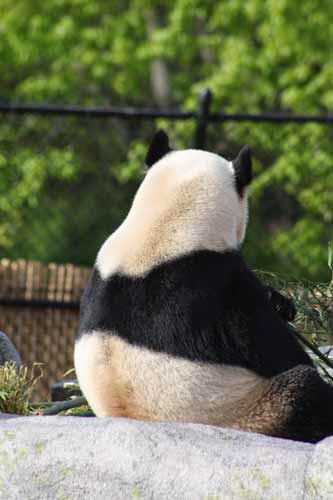