Fork in the Road (Strange Brew) 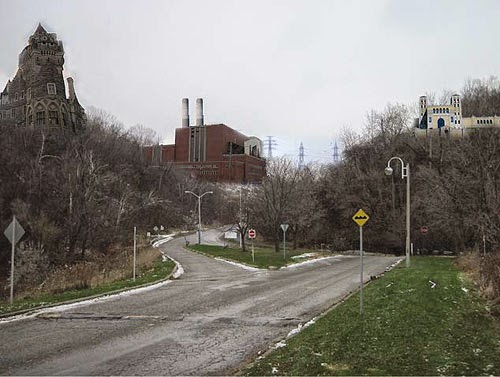 In the movie Strange Brew, Bob & Doug Mckenzie drive to a fork in the road and have to decide which way to go.  They have to use the signs to decide between Elsinore Castle, Elsinore Research & Development, Elsinore Brewery, or the Royal Canadian Institute for the Mentally Insane.  Geez there's a lot of arrows eh?  In reality there are four different Toronto locations that have been composited into the film.  We have added our own re-creation at the top of this blog using photos from when we visited the real life locations. 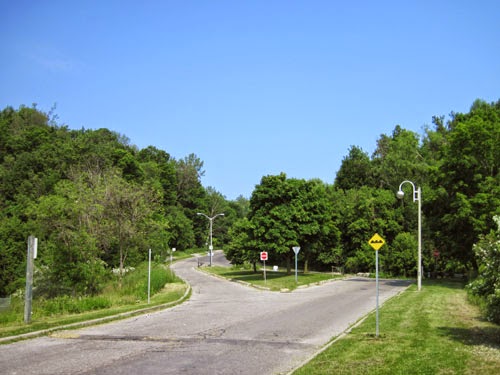 The main location is at the bottom of the hill that leads down to Bluffer's Park in Scarborough.  The brothers encounter their signs where the red "Do Not Enter" sign is located.  Once they decide to continue on and try to get their money from the brewery, they go up the road on the left.  This is actually against traffic as it is usually one way southbound.  We have taken photos at the Bluffs countless times, but never a picture looking up the road.  It is the Bluffs themselves or Lake Ontario that make for the best photo opportunities.  The first time we went to take our picture was in June (above), but it didn't quite look right with all the green trees.  We ended up returning again in the fall and finally got the shot we wanted (below). 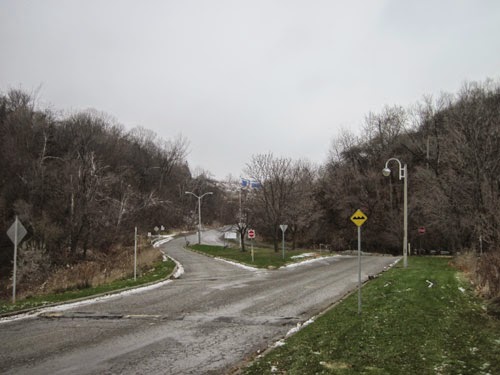 On the left side of the hill is Elsinore Castle, which is played by Casa Loma.  Casa Loma was completed in 1914 and has stood watch over Toronto ever since. 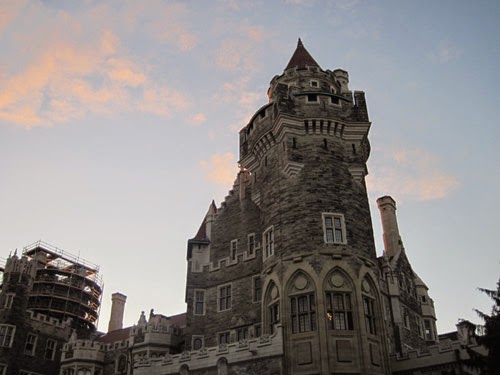 Near the center of the road is Elsinore Brewery which  is played by the R.L. Hearn Generating Station.  The station was used for electrical generating since the 1950s and decommissioned in 1983.  That is the same year that Strange Brew was released.  The movie added the big Elsinore name using special effects.  There was some additional filming done at this location when Bob & Doug arrive at the brewery and walk through the parking lot.  You can read more about this location here. 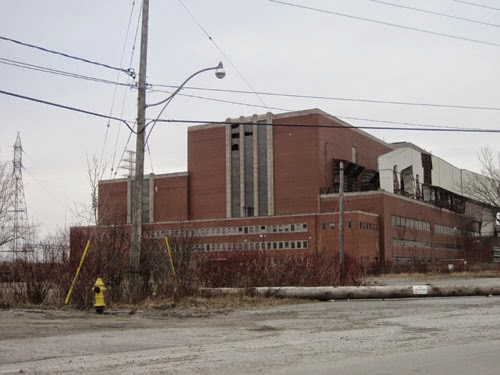 We also used another picture we had taken during a day spent sailing on Lake Ontario.  Here you can see the huge chimney and the line of hydro towers heading away from the station.  The hydro towers appear to be used in the composite along with 2 chimneys.  We couldn't quite figure out the best angle to get all of this in one picture.

Finally, the R.C. Harris Water Filtration Plant plays the part of the Royal Canadian Institute for the Mentally Insane.  It is located up on the hill to the right.  It plays a bigger role in the film at the end when it catches on fire.  An extremely beer bloated Bob saves the day by relieving himself on the fire.  He does in two minutes what would have taken the fire department two hours.  You can read more about this location here. 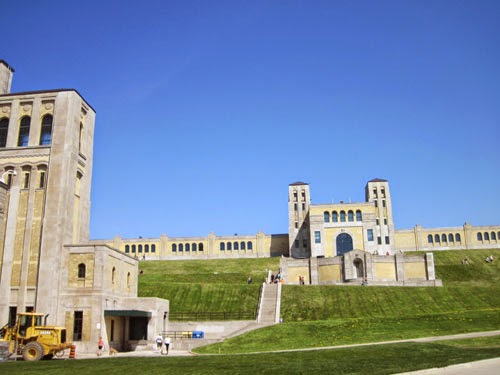 You take all of these locations, mix them up into one shot and you sure have a Strange Brew of Toronto landmarks eh?
Map of Our World

Fork in the Road (Strange Brew)