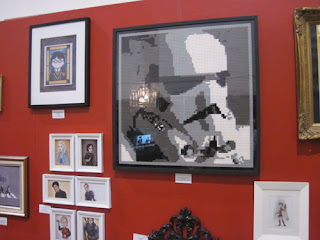 One year at the Canadian National Exhibition we walked through the Direct Energy Centre and were soon surrounded by some familar movie faces.  That particular year there was an exhibit by Toronto Prop Party which is a group of movie fans dedicated to building replicas of props and costumes from their favourite films. 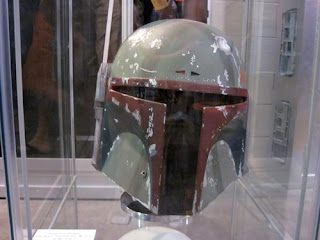 The amount of detail and time put into these recreations would have fooled us into believing that they were the real deal.  Masks and props from the Star Wars films appear to be one of the most popular fan recreations. 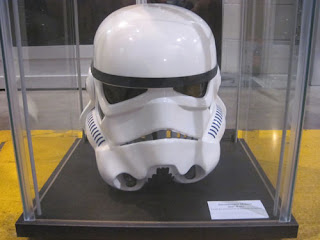 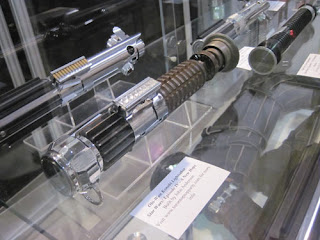 There were even some Star Wars replica lightsabers.  Our research shows that in the original film the lightsaber was quite a simple prop and was actually the handle that held the flash bulb of an old Graflex camera.  If you could locate one of those you would be 90% of the way to your own replica. 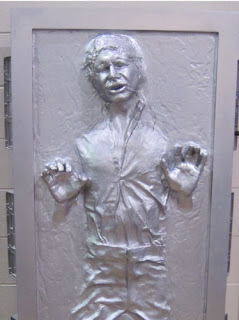 Harrison Ford has been lucky enough to have been a big part of both the Star Wars films and the Indiana Jones movies.  Above he is frozen in carbonite as Han Solo and below is his famous Indiana Jones fedora.  Again these are replicas made by fans.  We expect that more time was spent creating Han's carbonite prison. 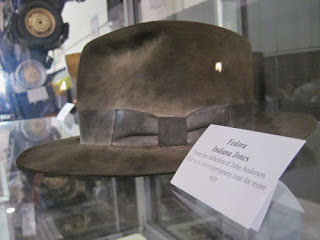 There were a couple of Transformers.  A huge Optimus Prime towered over anyone who stopped for a photo opportunity.  He stands nearly 23 feet tall and weighs about 2 tonnes. 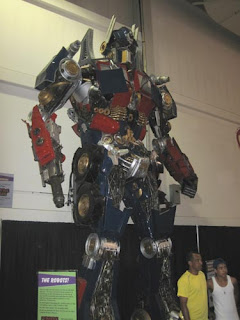 There was also Bumblebee who is one of the Autobots and transforms into a Volkswagen Beetle.  We could tell that this robot was a replica as the real Bumblebee does not have "Please Do Not Touch" signs on his knees. 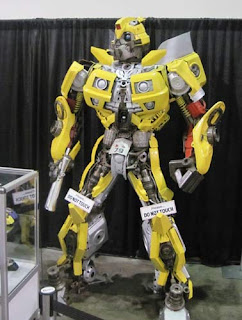 We never determined if these robot replicas actually had the ability to transform. 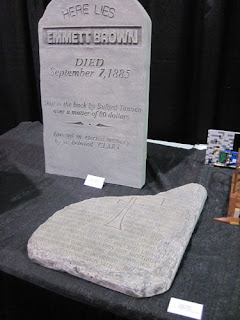 Another movie from the 80s that has fans honouring it with replica props is Back To The Future.  There was a gravestone from Back To The Future Part III as well as the licence plate from the DeLorean time travelling car.  We were impressed with the dedication that went into recreating these movie props from these beloved films. 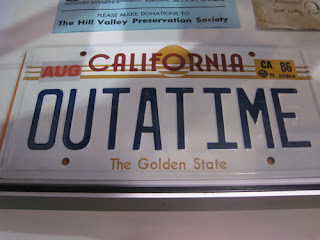