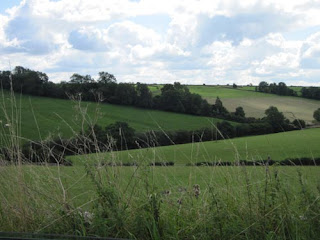 "We can go where we want to. A place where they will never find."  It may seem like an unlikely place for Canadian band Men Without Hats to film their Safety Dance video, but thanks to some internet research and a very informative blog, we paid a visit to this special place. 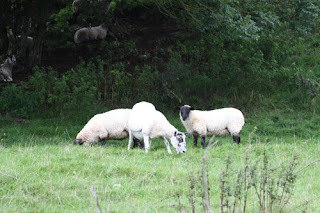 West Kington is a small village that is located north of Bath and east of Bristol.  We were traveling along the M4 highway and had a plan mapped out before we left.  We made a few wrong turns but eventually reached our first sheep filled destination. 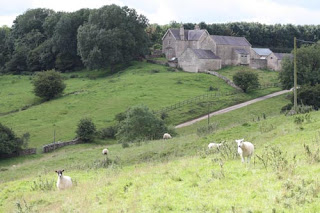 Ebbdown Farm is in the background of the opening scenes of the video.  We don't recall seeing any sheep in the video, but when we visited they were everywhere.  If we walked close to a fence we would hear some baa-ing as they ran away on the other side.  The farm is located just a short drive from West Kington. 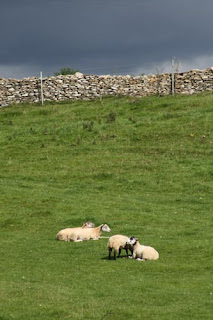 We drove our car up to a cattle guard at the gate of the farm.  Cattle guards also work at preventing sheep from crossing them as they have similar feet. Anyway, enough about the sheep let's get back to the video locations. 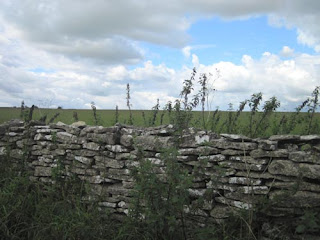 The video starts off with lead singer Ivan running through a field with a little court jester.  They go past this wall and then run down to the road that leads to the farm. 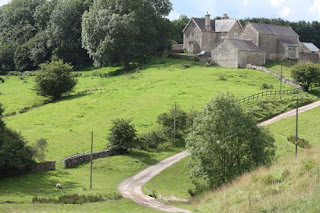 It is here that they are joined by a dancing girl and come to a crossroads.  You can't see the other road as it is hidden behind the hill and tree, but they choose the one on the left.  The action then moves to West Kington. 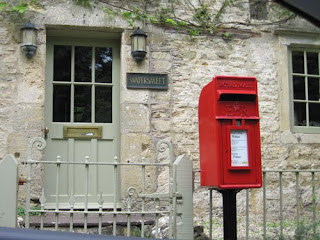 The jester and girl dance along beside Ivan as he walks past some houses.  The home above still had the same red post box in front of it. 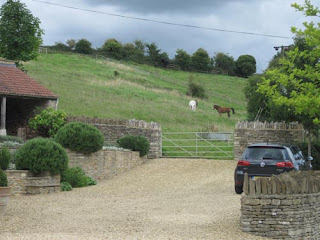 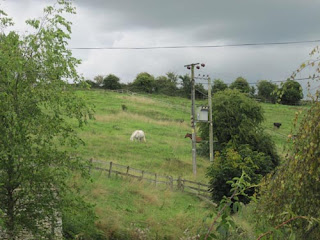 Next we come across the gate where they do The Safety Dance.  The utility pole in the background helped us know that this was the place.  To do The Safety Dance you use both of your arms.  Your left arm goes right over your head and your right arm goes left across your waist in a jerky motion.  Now look at your hands.  If you are doing it right it will appear like you just formed an S. 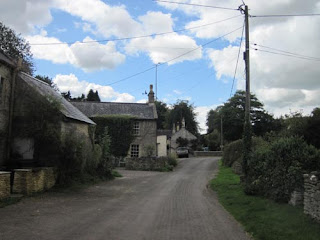 A crowd of people dressed in costumes head across the little bridge and march down the street.  They were all dressed real neat from their hats to their feet.  They would be heading towards the photographer in the photo above. 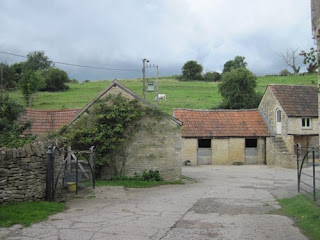 They all seem to be going to a May Day festival which takes place in the courtyard of this building.  There are people dressed as barnyard animals (but not sheep), there is a Punch & Judy puppet show and lots of dancing.  We can dance! 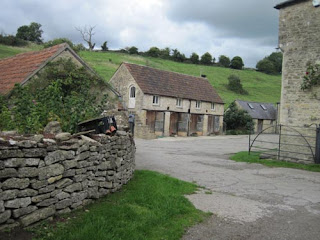 A group of people are dancing around a May pole as Ivan continues to sing.  The party continues for the rest of the video.  The Safety Dance came out in 1983 and was one of the more memorable videos and songs from the 80's.  Thirty years ago we were wondering what those strange people in the video were doing.  Today we know first hand exactly where they did it, but we still have no idea what The Safety Dance really is.  Oh well! They can dance if they want to. 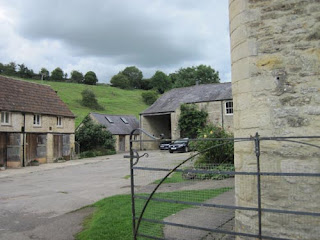