The Tip of Point Pelee 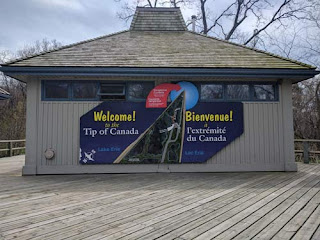 As Canada celebrates it's 150th year, admission to national parks is free with a Discovery Pass.  We decided that this was a good time for us to visit Point Pelee National Park.  It is a long, thin peninsula that reaches down into Lake Erie.  The tip of Point Pelee is the lowest point of mainland Canada. 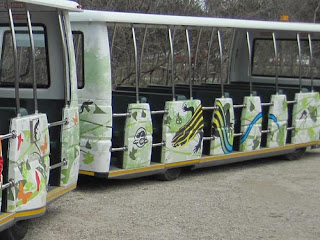 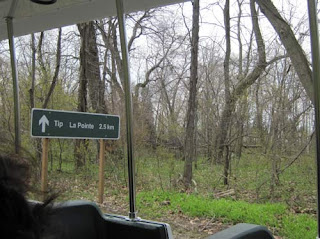 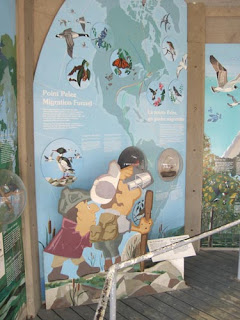 The first thing we encountered was an open air building with information about Point Pelee.  It explained that the peninsula is a migration funnel.  It literaly has a funnel shape and points from north to south into Lake Erie.  As a result it is the first piece of land that many migrating birds encounter after returning from their winter holiday. 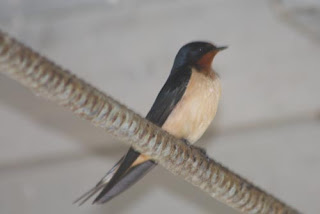 It was only April, but the birds were already everywhere.  May marks the Festival of Birds and is when the majority of song birds arrive back in the park.  Inside the tip information building a few barn swallows had made their nests already and were flying back and forth over our heads.  Barn swallows like to build their nests in the top corners of buildings that have access so they can fly in and out.  The swallows in the information building arrived on the tip and made the first place they found their home. 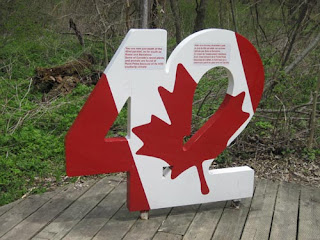 We walked a little further and a big 42 appeared.  This sign was letting us know that we were just south of the 42nd parallel north.  Where we stood now we were on the same circle of lattitude as Rome, Italy or Barcelona, Spain. 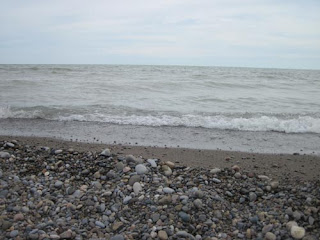 We headed further south and took a pathway which led us to a beach.  We walked along this beach on the east side of the national park. 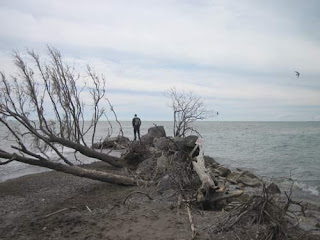 Finally we arrived at a pile of uprooted trees and rocks.  This was the tip.


There were a few birds floating just off the shore and swallows took turns swooping up and down near the water's edge.  We took a closer look and realized that we were surrounded by many species of birds. 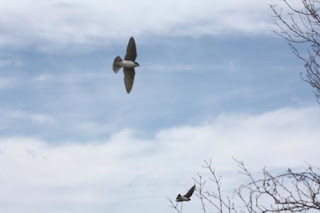 There were the tree swallows eating bugs from just above the lake's surface. 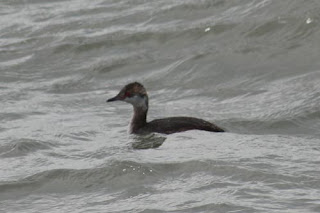 There was a horned grebe.  Grebe have unusual feet because they have three lobed toes instead of the usual webbed feet of most other sea birds. 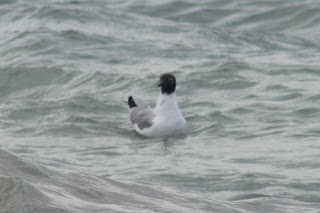 There was a Bonaparte's gull. 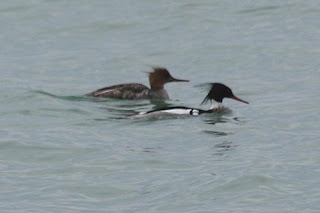 There was a Red-Breasted Merganser couple. 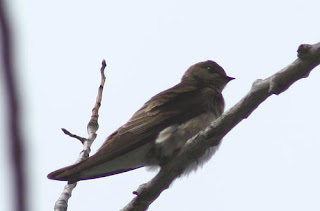 After spending some time enjoying the birds and the view at the tip we took a different pathway back through a wooded area.  Along the way we noticed these unusual little white flowers.  They are called dutchman's breeches.  We guess this is because they look like little pairs of pants hung out to dry. 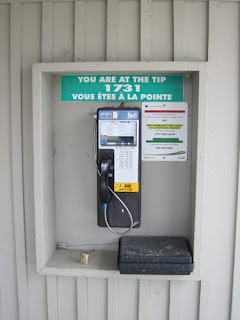 As we reached the building where we waited for the tram we noticed a pay phone.  It stated that "You are at the tip".  We felt like calling someone and giving them this advice.  Here's a tip.  Why not make a point of visiting one of Canada's National Parks this year to celebrate Canada 150.