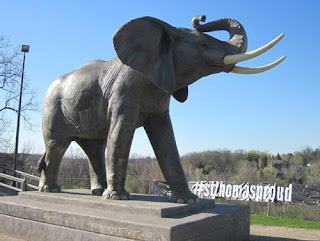 Back in the 1860s there was a large African elephant that lived in the zoo in London, England.  He was very popular and children were allowed to ride on his back.  In the 1880s P.T. Barnum bought the elephant and took him to America to be part of his traveling circus.   P.T. Barnum is one of the founders of the famous Barnum & Bailey Circus. The elephant's name was Jumbo and the word jumbo has since come to mean anything extra large. 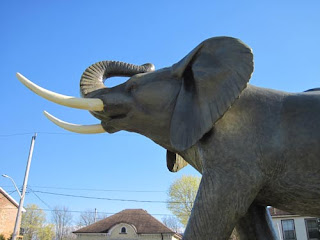 Unfortunately, in 1885 when the circus came to St. Thomas, Ontario there was an accident.  Jumbo was on the tracks when an unexpected train arrived and he was run over. 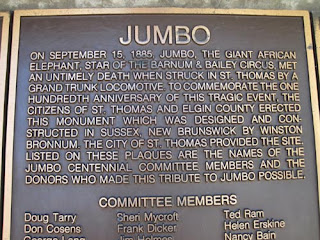 For the 100th anniversary of this event, the city of St. Thomas erected the Jumbo Monument.  It is a life sized replica of Jumbo.  You can pay a visit and see what it would have been like to stand next to this 13,000 pound, 11 foot tall creature.  Now this much loved elephant will never be forgotten. 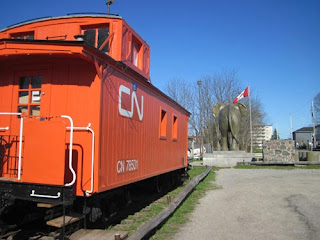