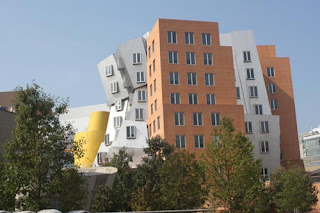 MIT (Massachusetts Institute of Technology) is a private school specializing in science and technology.  Ray Stata was a graduate in 1957 and contributed to the construction of what is now the Ray and Maria Stata Center. 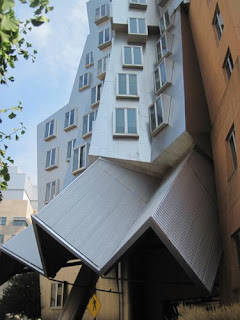 The building is also known as building 32 and was designed by architect Frank Gehry.  Gehry is well known for creating unusual buildings around the world. 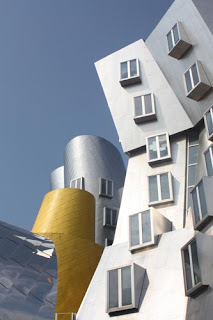 The Stata Center opened in 2004 and looks like it belongs in some sort of cartoon world. 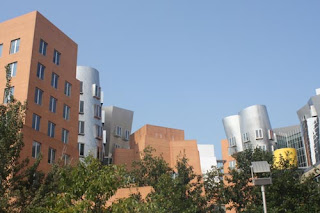 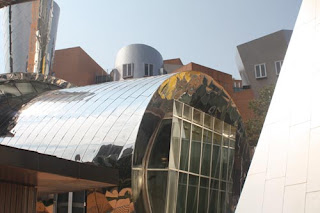 There is no shortage of skewed walls and odd angles. 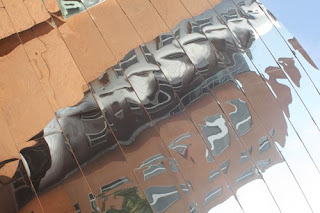 The shiny roof on some portions of the building further distorts whatever it is reflecting. 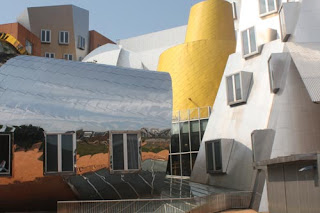 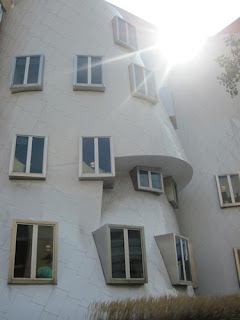 Windows appear to be different sizes and look as if they were glued onto the building after it was finished. 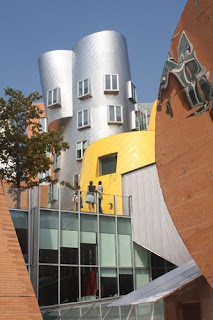 A second level balcony offered even more unusual views.  We wondered what it would look like if we were peering out one of the funny windows.  Then again we don't quite have the qualifications to be accepted to MIT. 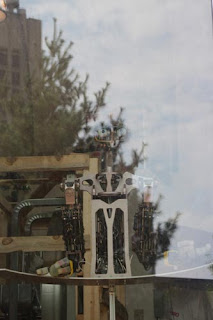 We took a peek into one window and came face to face with a dead ringer for Johnny 5 from the Short Circuit movies.  It appears that some research is being done behind these curvy walls.  Who knows what future graduates may come up with?  At least the Stata Center will give them something to think about.