Banff, Alberta is located in the Rocky Mountains on the west coast of Canada.  The Rocky Mountains are filled with beautiful views.  As long as a mountain is in your shot, it is impossible to take a bad photo. 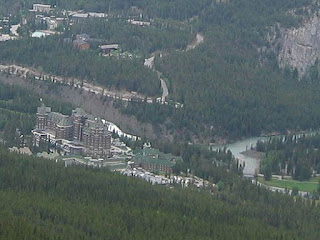 We started with a meal at the Fairmont Banff Springs Hotel.  The hotel has been on this spot since 1888. 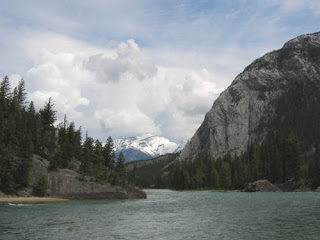 Behind the hotel runs the Bow River.  This river starts further north in the Rockies and then runs down through Banff.  It is best known for the portion that wraps around the capital city of Calgary. 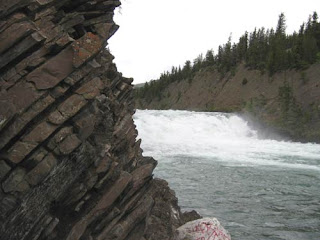 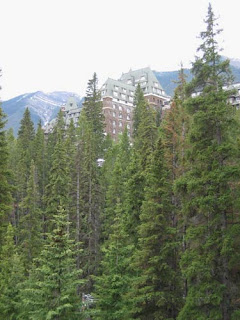 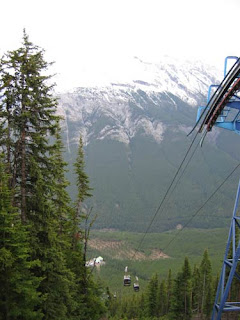 After being down by the river's edge, we headed to the nearby Banff Gondola for a completely different view.  The gondola slowly lifted us towards the top of Sulphur Mountain. 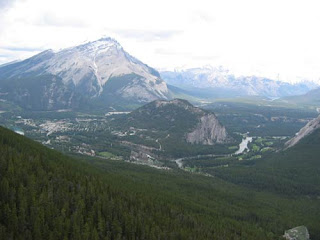 As we rose to the top of the mountain, we could see the Banff Springs Hotel and Bow River behind us. 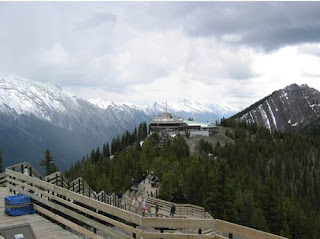 At the top of the mountain is a series of stairs and wooden platforms to make it easier to climb and take in the panoramic view. 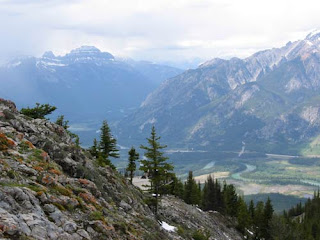 As you get higher up a mountain you reach a point called the tree line.  After this point the ground and climate make it impossible for a tree to grow.  We could see the changes from the denser forest below. 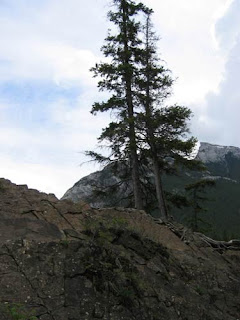 This tree had its roots wrapped around a rock searching for some soil to keep it alive. 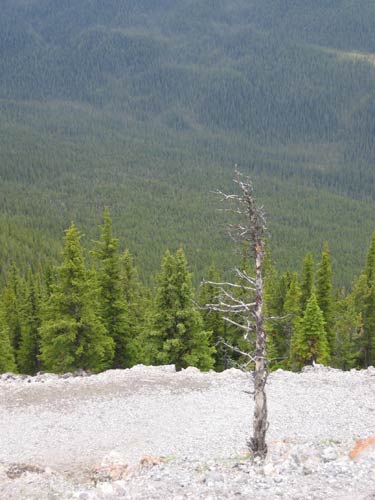 This lonely tree looked as if it had lost its battle with the elements while its nearby neighbours were all growing strong and tall. 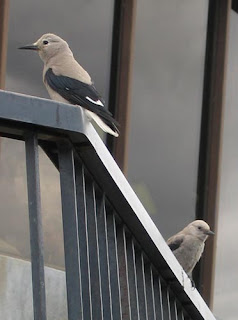 Banff is filled with large creatures like grizzly bears and big horn sheep.  Up here at the top of the mountain we only encountered a few smaller creatures.  A pair of Clark's nutcrackers sat on the railing near the gondola station. 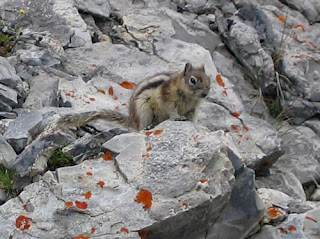 A golden-mantled ground squirrel checked us out from amongst the rocks and then just as quickly ran away again. 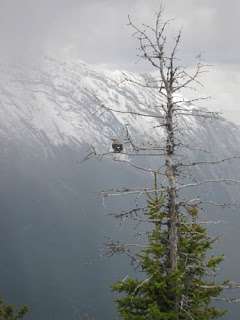 We were in awe of the mountain scene that greeted us in every direction.  We would never tire of this mountain view.  The small creatures seemed to agree with us as a Clark's nutcracker flew into the branches of a tree to admire a snowy peak in the distance. 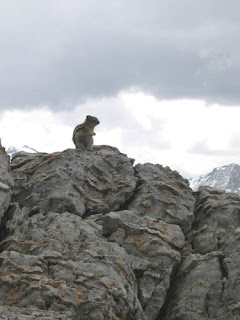 The golden-mantled squirrel reappeared again and stared out into the wilderness.  As we descended the mountain once more we were jealous that the animals get that experience every day of their lives.