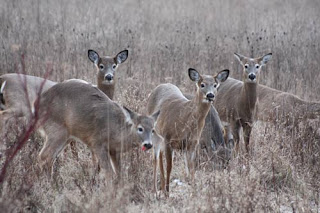 If you are willing to brave the chilly temperatures, there is a lot of wildlife to be seen during the cold winter months.  That is exactly what we did one January day when we headed to Lynde Shores Conservation Area in Whitby.  The animals did not disappoint.  Even as we drove down the road, a group of white-tailed deer looked up from their grazing to greet us. 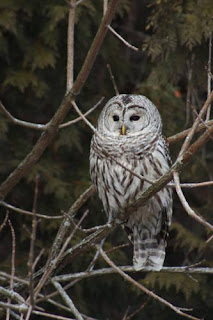 The main attraction was a barred owl that we had heard was in the area and it also did not disappoint.  No sooner had we parked the car when we noticed paparazzi gathered on the edge of the pathway.  On the other side of the path was a beautiful barred owl perched in a tree.  With every move the owl made you could hear the whiz and click of camera shutters.  The owl seemed unperturbed and even flew down once to capture something before returning to its perch. 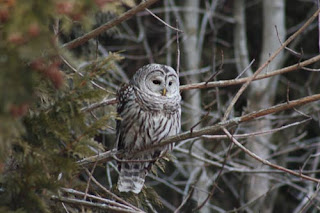 Barred owls are a fairly large owl.  They have big black sunken eyes.  We could tell the owl was keeping a close watch on everything going on around it.  We took a few pictures and then left the owl and the scrum of photographers behind us as we explored the trails. 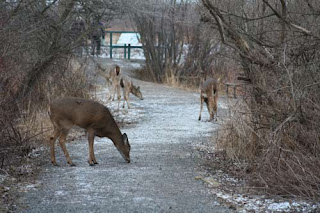 We didn't have to travel far before we encountered some deer again.  They were all over the trail but quickly hid in the bushes as we approached.  These were white-tailed deer.  Their tails may be brown or have black on them, but they get their name from when they run.  As they flee,  they flip up their tail exposing the all white underneath. 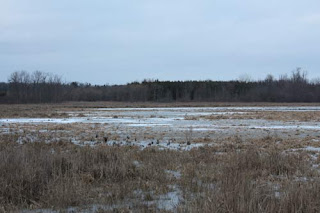 The trail leads to a lookout over a marshy area.  Today it was frozen solid and we did not see any sign of activity as we scanned the area. 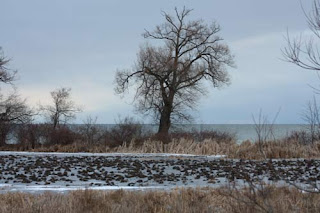 We headed south towards Lake Ontario. 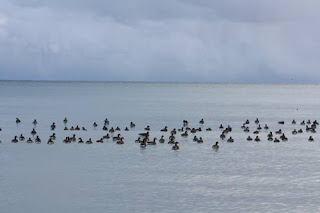 As we stood on the shore we could see a large group of geese just floating out on the water. 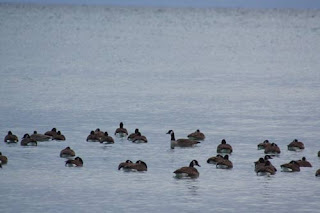 Closer inspection revealed that this was a large group of Canada Geese.  They looked like they may have settled in for the night with plans to float and bob until morning. 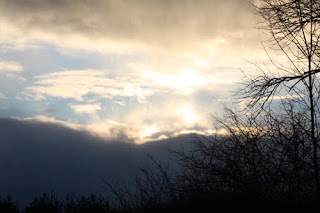 Daylight was quickly disappearing as the sun started to set through the clouds. 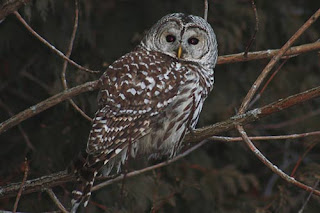 We traveled back along the pathway and the owl was still exactly where we had left him.  The group of photographers was still there too, hoping to catch the owl swooping down for its prey.  It is not uncommon for barred owls to be out during the day, but as darkness falls the hunting gets easier.  This was the first owl that we had ever seen and the fact that it was so close and visible was an added bonus.