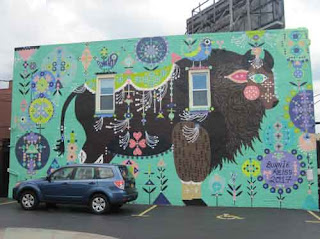 As we traveled around Buffalo, New York we noticed that they have really embraced their city's name.  Everywhere we looked we saw American bison (aka buffalo).  There was this colourful mural on Hertel Avenue called Magic Buffalo (above). 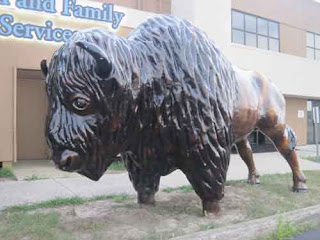 There was a buffalo sculpture outside of the Child & Family Services building near the airport. 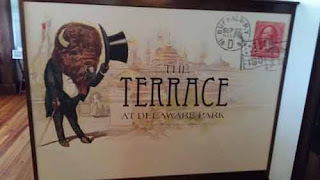 We enjoyed a very nice lunch at The Terrace at Delaware Park.  They had a well dressed buffalo painted on the wall inside.  There was a wedding in the rose garden beside the Terrace as we arrived.  This buffalo would have fit right in.  On second thought, the giant, furry head and horns may have made him stand out. 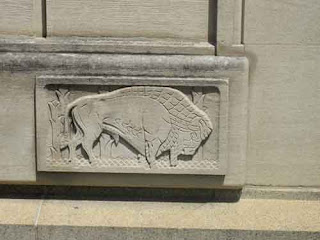 There were buffalo in the artwork on the side of buildings. 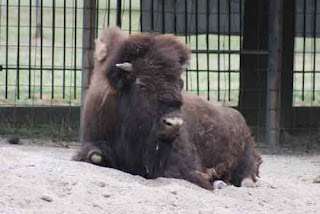 And finally, there was an actual American Bison at the Buffalo Zoo.  Of course. 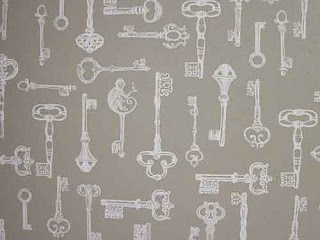 The only place we didn't see buffalo was at our hotel, Reikart House.  They had a little monkey bellhop called Jocko.  He was on our menus, coasters, writing pads and even hidden in the wallpaper. 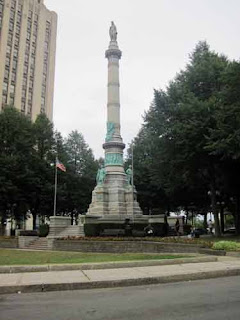 We were not looking for buffalo or monkeys.  We were looking for sharks.  We had heard there were some in Lafayette Square near the Soldiers & Sailors Monument.  Anyone who has been reading this far and thought this blog post was going to be about sports, we are sorry.  We do see how the title could have mislead you into thinking San Jose defeated the Sabres in a hockey game. 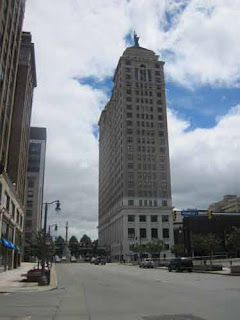 2014 was a bad year for sharks in Buffalo.  Or a good year depending on how you look at it.  Sharknado 2 : The Second One premiered on July 30, 2014.  This was a made for TV movie based on the ridiculous premise of tornadoes pulling sharks out of the ocean and dropping them onto major cities.  In the original Sharknado, Los Angeles was under attack.  This time it is New York City.  Once again Ian Ziering, best known as Steve from Beverly Hills 90210, must save the day. 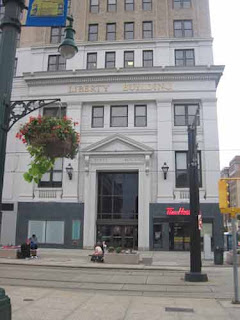 When it came to filming the movie, a second crew traveled upstate and visited Buffalo to film a few scenes.  The extras grabbed pitchforks or anything else they could find in the trunks of their cars as the sharks fell from the sky.  You can see them running in the streets away from the Liberty Building (above).  In the previous photo you can see the small Statue of Liberty that sits on the roof of the building. 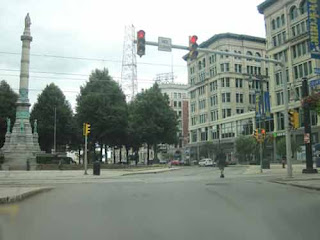 Basically sharks rain down and it is either kill or be killed for these poor extras.  During filming we imagine they had no idea what they were fighting as the computer generated sharks were added later. 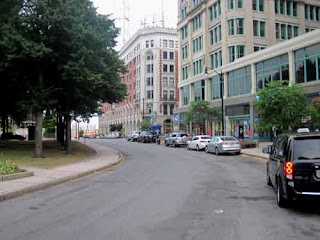 An older, bearded man tosses three chainsaws up into the wind to fend off the sharks.  Yet another warning needed on chainsaws.  "Not to be thrown into a tornado." 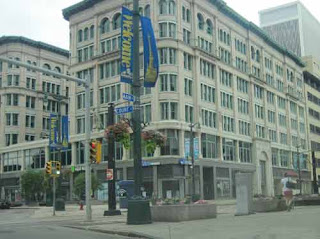 Finally, a Zevon Brothers Fireworks truck explodes right outside the H & R Block above.  The sharknado has been defeated for now.  The Last Sharknado is set to air in August 2018 and will be the sixth movie for the series. 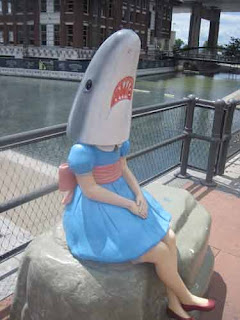 In August of 2014 a different kind of shark arrived in Buffalo.   Shark Girl appeared down at Canalside.  She came from Cleveland and was not flown in by the sharknado. 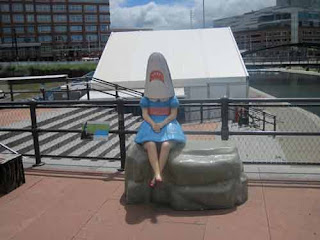 Shark Girl is the creation of artist Casey Riordan Millard and she sits waiting for someone to join her on her rock.  We took a few photos with Shark Girl and she just sat quietly in her blue dress. 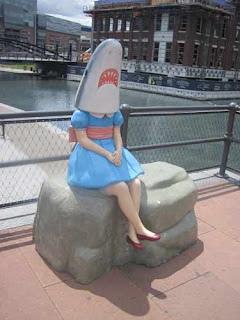 In a city full of buffalo, it was fun to fish for a few sharks.  Oh, and we liked the monkey too!