The Grave Of Mother Goose 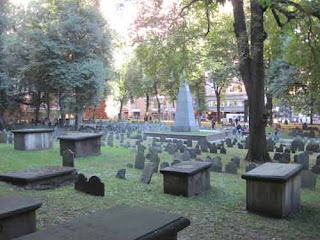 Granary Burying Ground in Boston has been a graveyard since the late 1600s.  Many of the graves have been worn thin through the years or had the writing on their faces worn down to where they are unreadable.  Many famous people in Boston's history are buried here.  We were looking for one grave in particular.  The grave of Mother Goose. 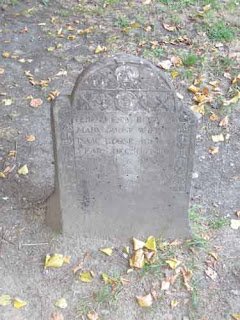 Mother Goose is credited with many nursery rhymes.  Some famous ones are "Three Blind Mice", "Humpty Dumpty" or Hickory Dickory Dock".  After hunting around the cemetery we finally located her grave. 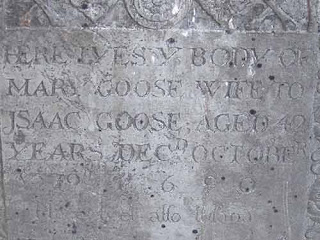 Mary Goose died in 1690.  Her husband Issac remarried to a woman called Elizabeth.  Thomas Fleet married her daughter also called Elizabeth.  It is said that grandmother Goose sang songs and rhymes when Thomas and his wife had their first child.  Thomas being a printer made a book of some of these rhymes called Mother Goose's Melodies For Children.  This is said to be the first use of Mother Goose in America but Mother Goose had also been associated with rhymes in England long before even Mary Goose's death. 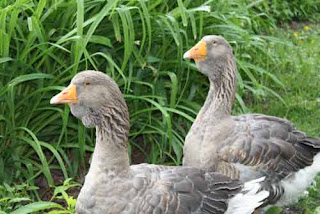 So it appears there is no true Mother Goose.  At least not in a cemetery in Boston.  Most people are familiar with some Mother Goose nursery rhymes even if much like the myth of Boston's Mother Goose, they have changed and been re-written through the years. 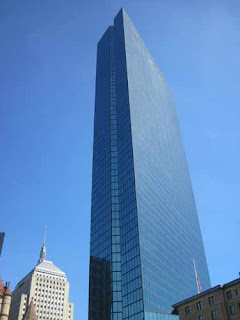