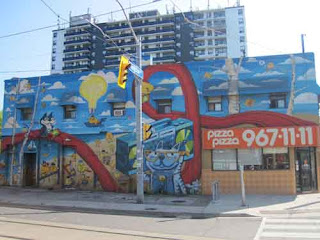 Uber 5000 is a graffiti artist who calls Toronto home.  One building which is covered in his characters is a Pizza Pizza on Kingston Road.  We took a walk one day and visited this pizza place and some other art in the area. 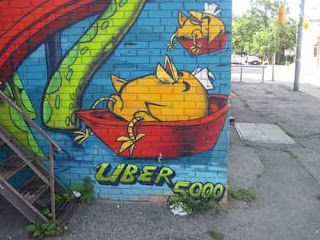 One character that seems to appear on almost everything Uber 5000 has done is the little yellow chick.  The Pizza Pizza is no exception as we counted at least a couple of dozen. 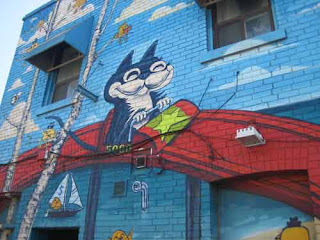 Cats are also a favourite.  This cat above looks to be riding a red magic carpet along the wall. 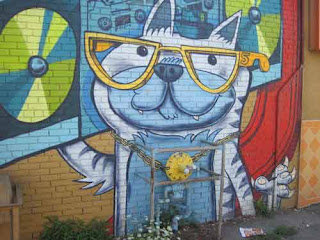 Another cat is holding a ghetto blaster and wearing a chain that is part of the building's gas piping. 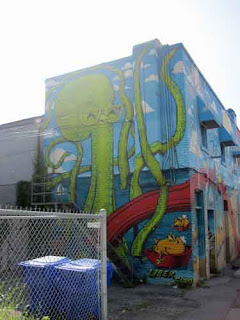 The back of the building is filled with a giant green octopus. 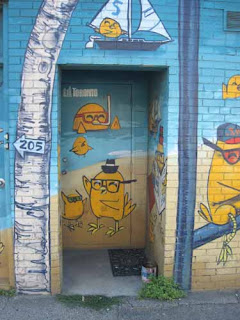 In a doorway on the side of the building are more yellow chicks and a city of Toronto logo.  This makes us think the artwork was commissioned by the city. 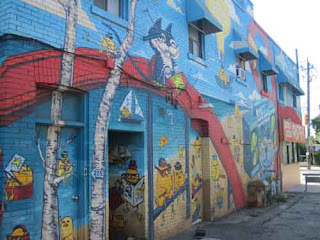 We enjoyed the playful and colourful display but we needed to get on our way.  We headed further west on Kingston Road. 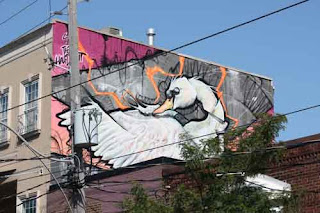 We hadn't gone too far when we noticed a swan painted up on a rooftop.  From the tag we determined this was from an artist called Half Decent.  Not half bad we thought. 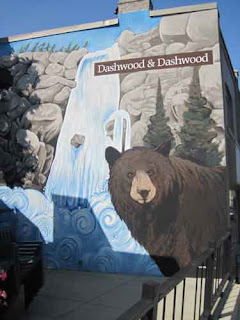 We walked another block or so and came to Scarborough Road.  Here there was a nice mural of a brown bear beside a waterfall.  It was on the wall of Dashwood & Dashwood law firm. 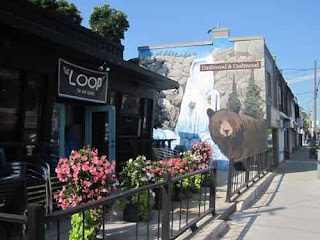 The wall faces the patio area of a small restaurant called The Loop. 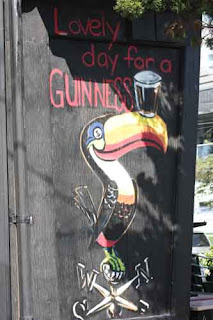 Around the side of The Loop was more artwork.  This time it was a toucan balancing a beer on his beak and suggesting it would be a lovely day for a Guinness.  We looked behind us and were surprised by what we saw. 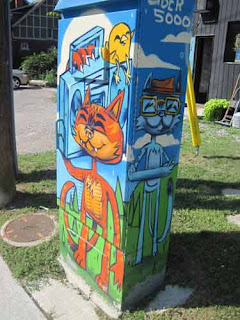 Uber 5000 had struck again.  The utility box on the corner was covered with the same cats and chicks from the Pizza Pizza building.  Thanks again Uber 5000.
Map of Our World