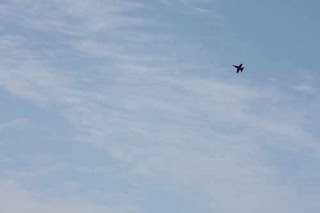 Each Labour Day weekend in Toronto thousands of people crane their necks and look to the sky.  They shield their eyes and squint as they stare into the sun.  They also jump when they see something shoot past followed by an almighty roar.  The Canadian International Air Show rips up the sky over Lake Ontario once again.  This post pays tribute to one of our favourites, the CF-18 Hornet which is the loudest thing at the lake this weekend. 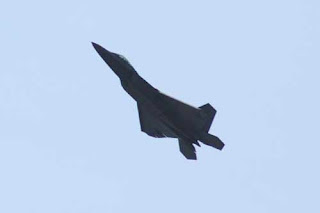 The CF-18 is the Canadian Forces version of the American fighter aircraft the F/A-18 Hornet.  It can travel up to Mach 1.8  (1,814 km an hour).  Mach 1 is the speed of sound.  At that speed, if the performing hornet kept on going it would be traveling through Saskatchewan an hour from now. 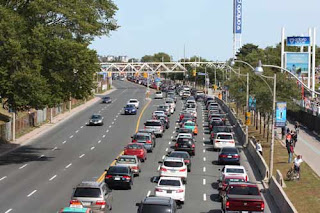 If we left during the show and drove our car, we would probably still be stuck on Lakeshore Boulevard trying to merge onto the Gardiner Expressway an hour from now. 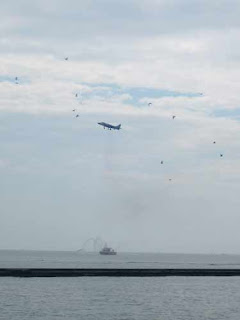 Now running at such high speeds and using afterburners uses a lot of fuel so running at Mach 1.8 the jet would probably be out of fuel in less than 20 minutes.  Afterburners are an exhaust system that increases thrust of the aircraft for takeoffs, increased speed and quick maneuvers. 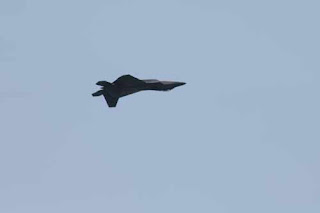 Whatever the science is behind how these machines work, we like them because they are fast and they are loud. The CF-18 Hornet also likes to fly upside down, hover in place and point straight up and fly into the sun. 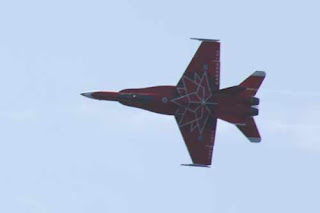 Sometimes they like to get all dressed up for a special occasion like Canada's 150th Birthday.  It is always a special occasion when the CF-18 Hornet flies overhead at the Canadian International Air Show.  It is sure to get your attention.  Watch some video highlights below.