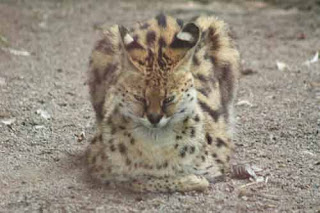 The year 2020 is a leap year.  This February 29th we celebrate one of the animal world's greatest leapers.  The serval is a cat that can jump over 9 feet into the air and over 11 feet distance horizontally.  This allows it to snatch a passing bird right out of the sly. 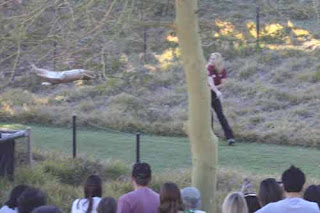 We witnessed the serval's jumping skills first hand at the San Diego Zoo.  At the San Diego Zoo Safari Park another cat showed off its skills.  In the photo above a caracal launched itself and twisted upside down so it was parallel to the ground.  It did this to catch a little fuzzy toy that was spun around by a string. 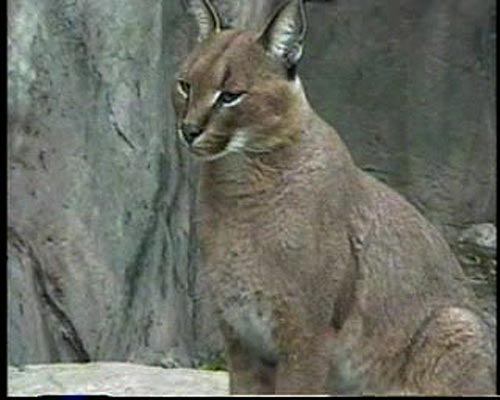 A caracal (above) can also leap over 9 feet into the air. The caracal wins the beauty pageant and ties in the high jump but the serval is the better hunter.  Both cats are relatively small and weigh up to 18kg. 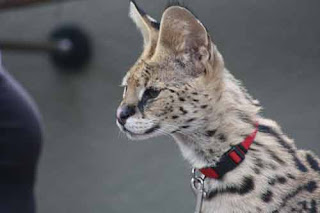 The serval has the biggest ears of any cat and the best hearing.  It also has the longest legs in proportion to its body.  Not to mention that it has black stripes that resemble those of a tiger.  Its long legs let it snatch rodents down tunnels and its curved claws let it hook fish right out of the water.


It is said that when a serval pounces at prey it makes a successful kill 50 percent of the time.  In the video above it looks like it grabbed the toy 2 out of 3 times.  A leap year success rate is 1 out of every 4.
Map of Our World