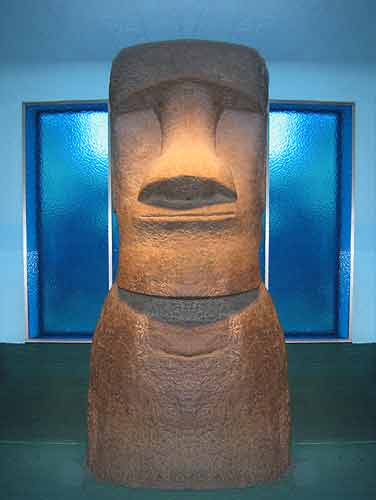 Easter Island remains on our bucket list.  It is a small island located about 3220 km west of Chile and received its name from a Dutch explorer who found it on Easter Sunday 1722.  The island is famous for its large stone sculptures called moai.  Just because we have yet to make it to the island, does not mean that some of the island has not made its way to us. 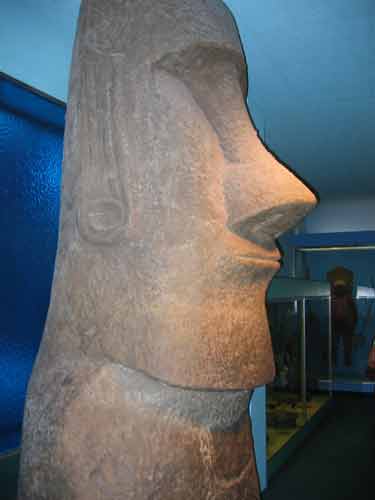 At the American Museum of Natural History in New York City there is a plaster cast of a moai statue on display.  The mold was made from one of the real moai during a museum expedition to Easter Island in 1935.  A copy of this cast statue comes to life and was featured in the movie Night At The Museum.  Brad Garrett voices the character that spends most of its time asking for some gum.  Sorry, gum gum. 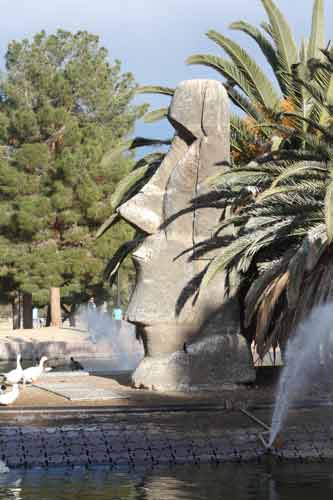 Las Vegas always tries to copy everything so it makes sense that it has a replica of an Easter Island statue.  The Vegas strip has its own Eiffel Tower, Venice, New York City and even an active volcano among the copied structures.  The strip used to have two Easter Island statues outside the Aku Aku restaurant which was part of the Stardust casino.  The restaurant and casino are no longer around. 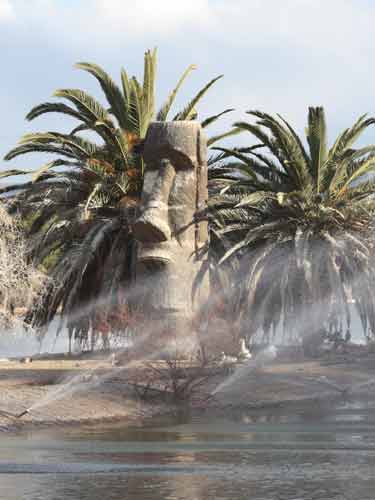 One of the statues was moved off of the strip and placed in Sunset Park. It sits on an island in the pond at the center of the park.  Not quite Easter Island but it is still an island none the less. 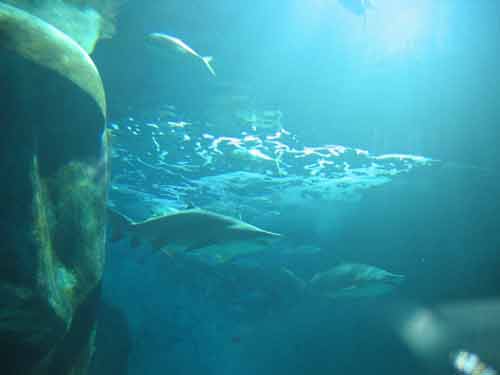 London, England  has a few replica Easter Island statues as well as the real deal.  There are replica statues sunken in the shark tank at Sea Life London Aquarium. 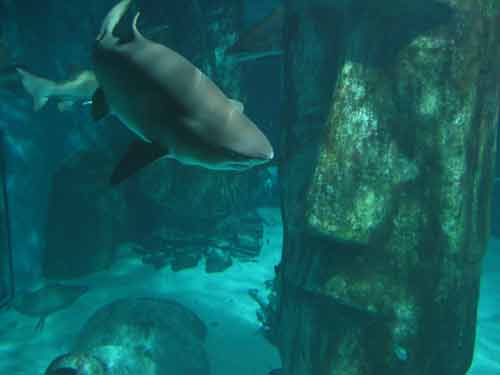 Sand Tiger Sharks spend their days swimming around while these giant heads keep a close eye on them.  Unlike these replica statues the real Easter Island statues all reside on land although many have sunk deeper into the soil through the centuries. 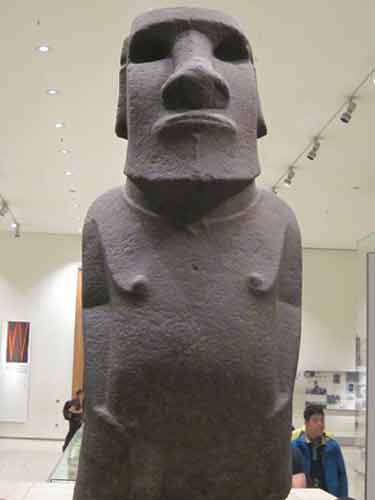 The closest we have ever come to Easter Island is at the British Museum where they have an actual statue that was transported from the island back in 1868.  This statue is called Hoa Hakananai'a.  Easter Island has requested that it be allowed to return home again.  If they let us know, we will gladly accompany it on the ride home and then we can cross another item off of our bucket list.