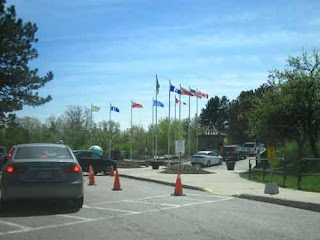 Since the Toronto Zoo was closed due to COVID-19 we have missed our visits.  The zoo finally reopened. Due to social distancing you can not walk around the zoo but must drive your car through instead.  We were one of the first to sign up for this unique opportunity.  We followed a long line of cars as we slowly made our way towards the front gate and then drove right inside. 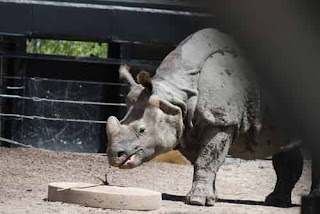 The zoo normally has a zoomobile that circles the grounds.  We mostly followed the same path that it takes with a few added diversions due to there being no pedestrians to worry about.  The first animal we drove towards was the Indian Rhino.  They were outside ready to greet us as we slowly rolled past.  An Indian Rhino can weigh over 1600 kg which is the same as our car. 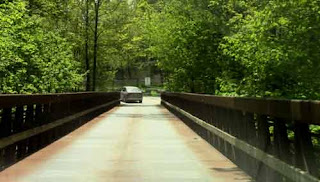 The next step was a highlight.  We got to drive on the long bridge that crosses over the Rouge Valley.  We kept the car straight and steady as we rumbled across. 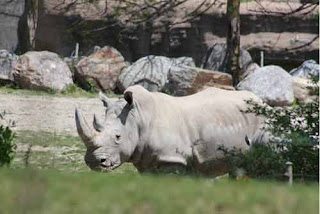 The next animal we encountered was the Southern White Rhino.  We had now entered Africa.  We were glad that the rhino was behind a fence as we forgot to check if our insurance would cover us for collisions with a giant mammal while driving on zoo property. 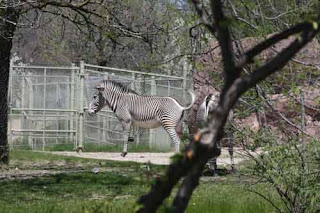 Usually if you come across something black and white on the road it means to slow down and watch for pedestrians.  One type of pedestrian crossing is called a zebra crossing.  On our Scenic Safari we didn't have to worry about people on the road, but there were a few black and white Grevy's Zebras nearby. 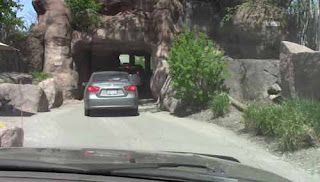 A kopje is a small, rocky hill that sticks up from the African grasslands.  The Toronto Zoo has one that you can walk through.  Since this is the Scenic Safari that means this time we drove through. 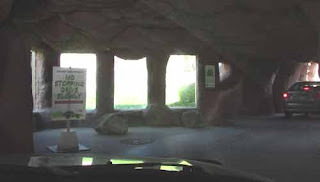 It was a bit of a tight fit, but we made it through the lion's den.  We didn't see any lions.   That doesn't mean the lions didn't see us. 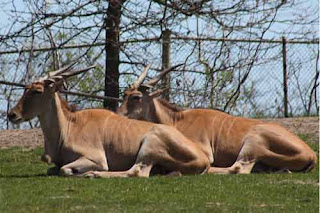 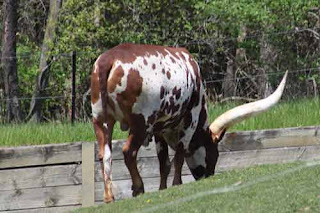 After we emerged from the kopje we passed a group of large antelope called Elands.  We also passed Ankole-Watusi Cattle which have some of the biggest horns of any animal. 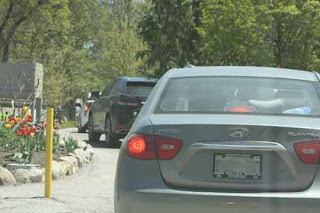 We still couldn't get over the weird feeling of being in a traffic jam where we usually walked amongst crowds of people. 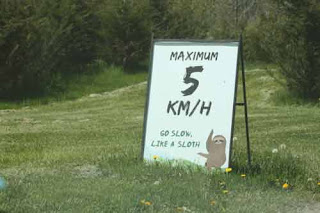 There were traffic signs and arrows directing us where to go as we crept around the zoo grounds.  5 km per hour was the maximum speed and no passing allowed. 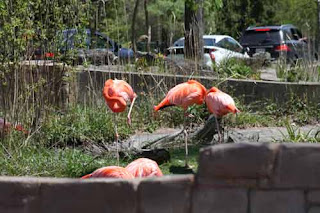 We curved around through the Americas section of the zoo.  We passed a flock of flamingos enjoying the sun. 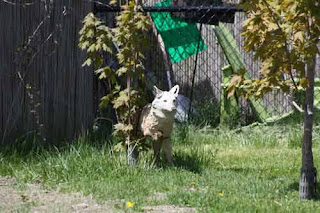 We drove around in behind the Australasia Pavilion.  A fake coyote was stationed near where the kangaroo indoor home is located.  This possibly helps keep away other curious creatures. 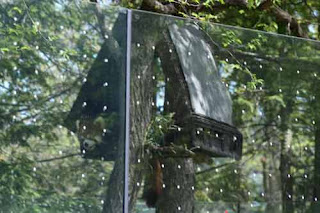 Our safari wound its way into Eurasia where we saw this red panda relaxing in the shade. 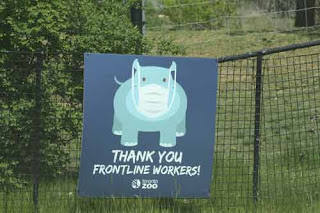 It wasn't much longer until we reached the end of our tour and exited near the zoo's administrative offices.  The whole tour took about one hour and gave us a new view of the zoo.  The only view these days.  Thank you Toronto Zoo and thank you to all the frontline workers.  Here's hoping we will be able to walk through the zoo next time.