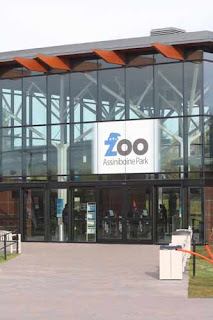 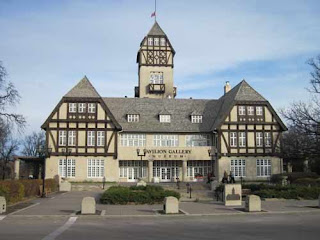 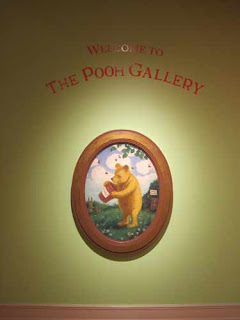 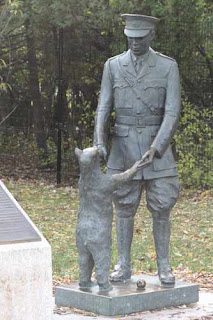 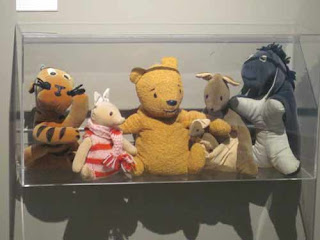 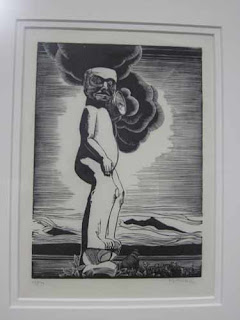 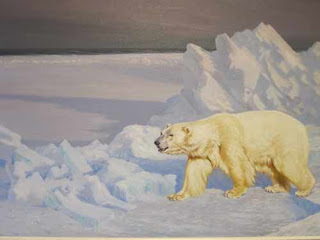 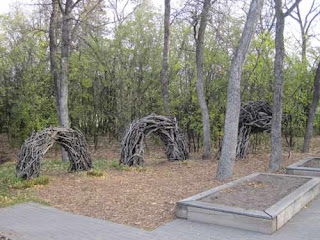 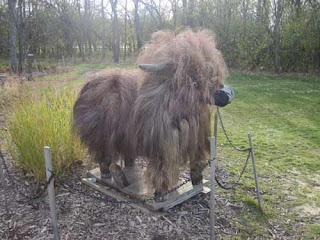 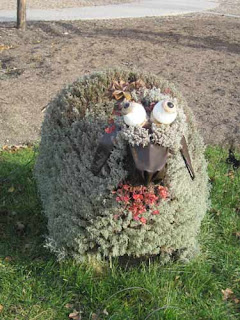 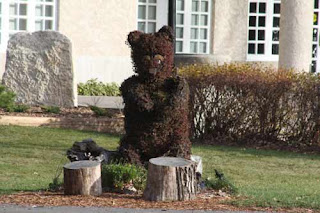 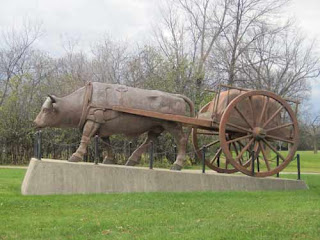 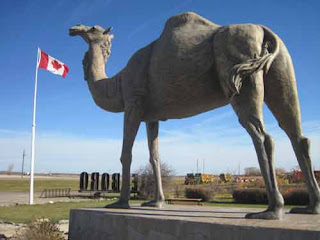 Sara the camel has one hump.  That makes her a dromedary or Arabian camel.  Sara stands in a small Manitoba town called Glenboro.  She is about 17 feet tall.. 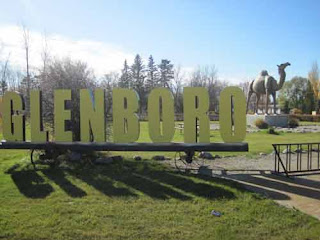 We visited her as we drove from Winnipeg, Manitoba to Regina, Saskatchewan.  Sara has been in Glenboro since 1978.  A camel was chosen to represent the Spirit Sands sand dunes in nearby Spruce Woods Provincial Park. 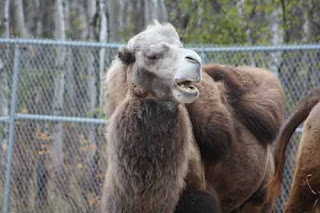 You would not expect to find camels or a desert as you drive across Manitoba.  You might not be surprised to find this grey haired Romeo (pictured above) at Winnipeg's Assiniboine Park Zoo.  The camel in the picture is a Bactrian or two-humped camel. 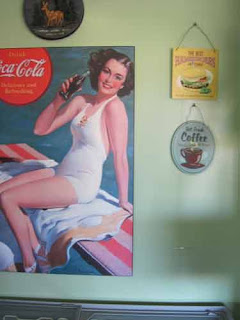 Next door to Sara is the Spruce Woods Inn.  It is named after the provincial park and has soft drinks, fresh coffee and the best hamburgers in town.  Between the inn and the camel we had two reasons to pass through Glenboro on our road trip.  But only one hump. 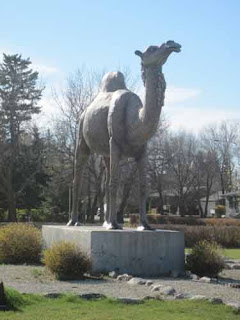 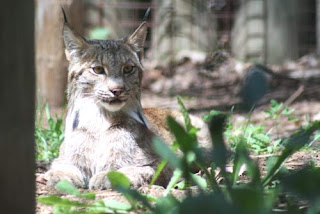 A Canada lynx is a medium sized cat which closely resembles a bobcat.  The easiest way to tell a lynx and a bobcat apart is that lynx have longer legs and their back legs are actually longer than their front ones.  They appear to be on a bit of a slant when running or walking.  Like most large cats they are beautiful to look at, but scary to come across in the wild. 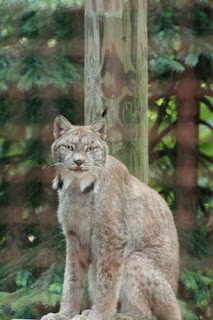 We have only ever encountered lynx at the zoo as it is very rare to see one in the wild.  The Canada lynx above was at the Toronto Zoo and may be one of the parents of the two babies that were born in 2016. 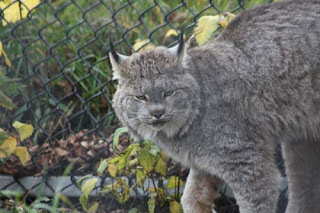 Canada lynx can be found throughout Canada as well as in the northern United States.  The lynx above was from the Assiniboine Zoo in Winnipeg and was already wearing his winter coat which made him look twice as large. 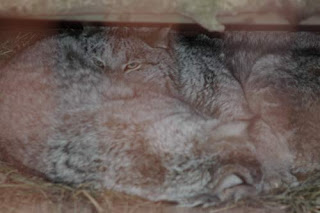 In 2016, the Toronto Zoo was lucky enough to have two lynx kittens born at the zoo.  The Canada Lynx can be found in the zoo's Canadian Domain on a very steep hill that goes down into the valley.  The lynx are one of the first animals on the way down the hill for those that fear they may never make it back up if they venture down to the bottom. 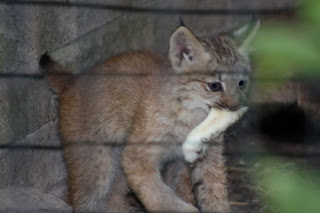 When we visited, the babies were already about 3 months old.  They were still as cute as ever.  A Canada Lynx's favourite meal is snowshoe hare.  As you can see from the picture above, this baby lynx has already developed a taste.

The video above shows the babies walking around and giving wide eyed looks. 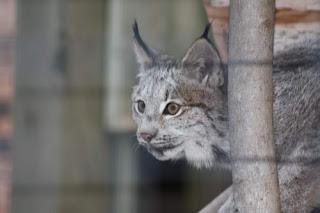 We visited again when the lynx kittens were about 7 months old.  The two kittens loved to play fight and chase each other around the enclosure. 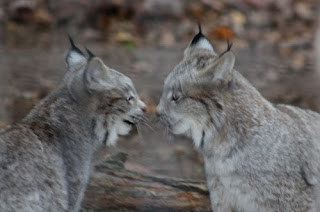 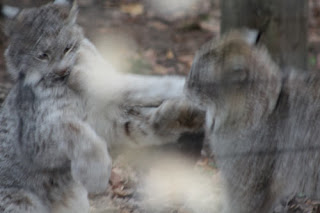 The Canada Lynx usually prefers a quiet, solitary life and likes to stay hidden.  While these two juveniles are in the exhibit it is a great time to see these animals in action. 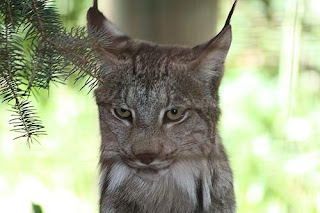 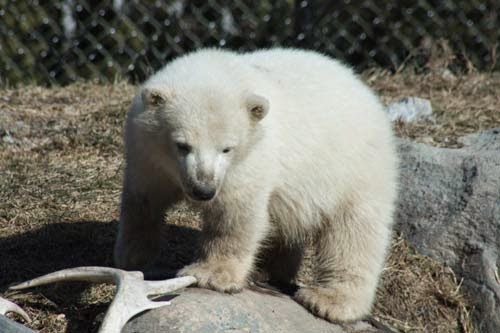 Humphrey the polar bear was born November 9th, 2013.  He was one of three cubs born that day and the only one to survive.  Unfortunately, his mother Aurora was not properly taking care of him.  As a result he had to be raised by the keepers at the Toronto Zoo.  The pictures and video are from when he was almost five months old. 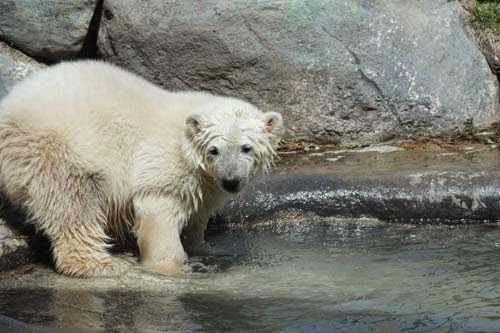 Humphrey always entertained everyone at the zoo and he grew bigger and bigger.  At 1 year and 3 months old it is obvious that he is still just a cub.  We braved -40 degrees Celsius weather to visit Humphrey one last time before he moved to the Assiniboine Zoo in Winnipeg.  He didn't seem to mind the cold as he took a nap with what looked like a big smile on his face.  Have a safe trip Humphrey. 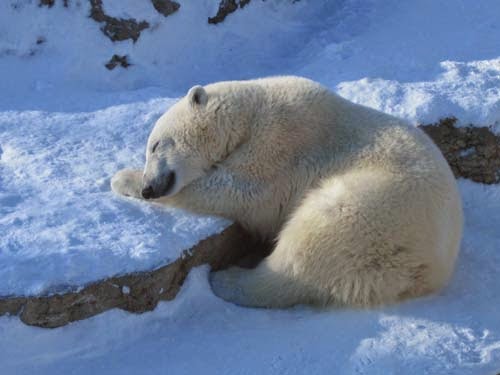