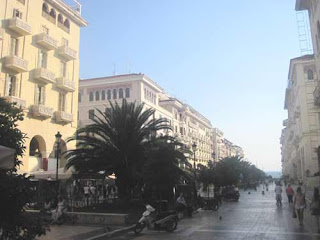 Thessaloniki is the second largest city in Greece.  It has a beautiful waterfront filled with interesting buildings and sculptures. When we visited we took a walk through the center of town towards Aristotelous Square and along the water. 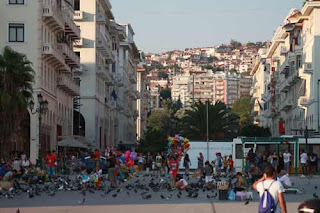 As you head towards the water you walk along a huge pedestrian plaza flanked by buildings on either side. As we neared the actual square we encountered a large group of pigeons and people selling balloons. The idea of the square was designed in 1918, but the majority was not built until the 1950s. In terms of Greek structures this square is just a baby. 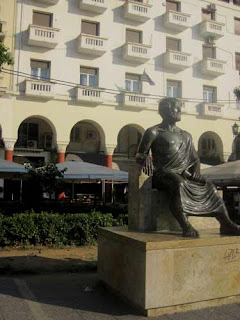 The area is named after the Greek philosopher Aristotle. There is a statue of him seated at the edge of the square. Aristotle was born in 382 BC. That is over 2000 years before even the idea of the square. 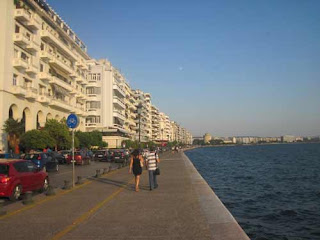 After walking through the square, you can walk along the waterfront where an assortment of restaurants await. 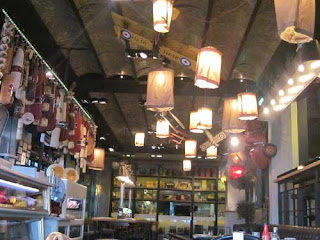 One restaurant we visited was Agioli. It had planes, lanterns and deli meats all hanging from its ceiling. 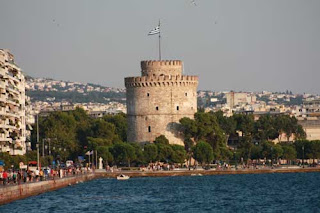 After enjoying a meal or a drink you can continue along the waterfront towards the most recognizable structure in Thessaloniki. 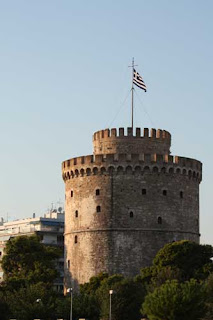 The White Tower stands over Thessaloniki's waterfront as it has since approximately 1535.  Greece regained control of the city and the tower from Ottoman rule and the tower still stands today. 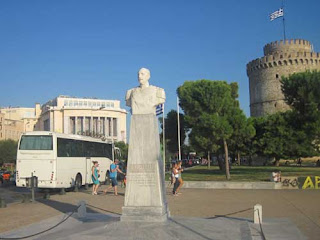 In front of the White Tower stands a statue dedicated to Nikolaos Votsis who was a famous Greek naval officer. 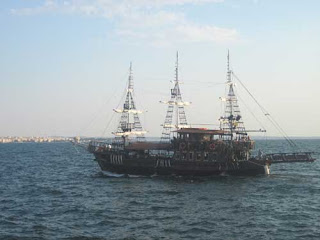 If you wish to have your own adventures out on the sea there are tourist ships that will take you.  You can enjoy the view as well as a few drinks on a pirate ship. 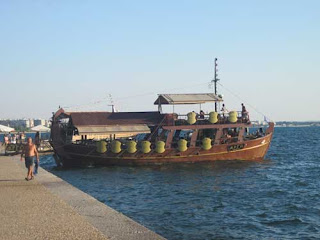 If you prefer you can also travel out on the sea in a replica of the Argo.  The Argo was a ship used in the story of Jason and the Argonauts on their quest to find the Golden Fleece. 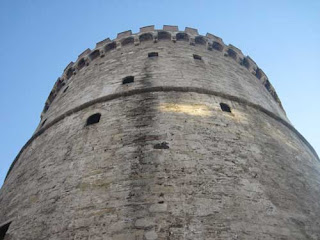 As we headed further along the waterfront we took one more look up at the White Tower.  You can see little openings where the soldiers would look out or launch their weapons from.  Today the tower is used as a museum to explain some of the history of the area. 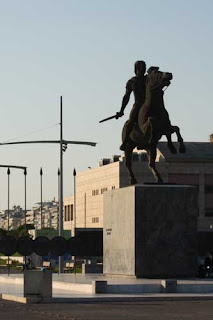 The next statue we encountered was of Alexander the Great.  Alexander was a king in Ancient Greece.  He was actually tutored by Aristotle when he was a young boy. 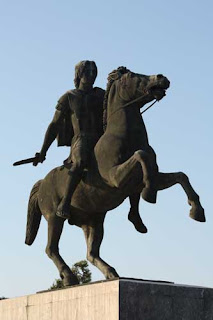 Alexander The Great was great at battle and created a huge empire that stretched from Greece all the way to India.  He is depicted rearing up on his horse with sword in hand. 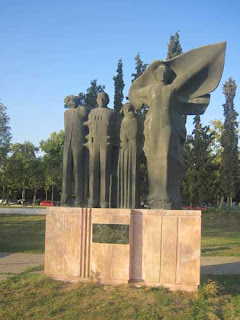 A different work of art located next to Alexander is the National Resistance Memorial.  This memorial is dedicated to the Greek heroes who fought in World War II. 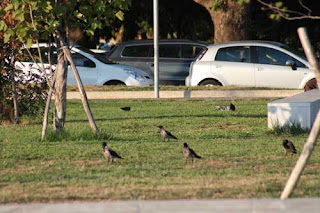 An army of birds caught our eye as they marched over a grassy patch.  We moved closer to see who these vistors were. 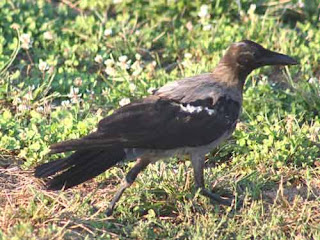 The birds in question were hooded crows.  They get their name from their black head.  They are found all across Europe and unlike their raven cousins they have grey and brownish feathers as well as black. 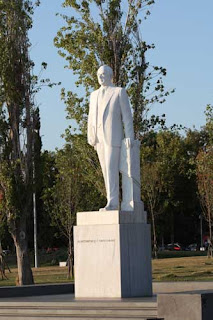 A nearby statue represents another great Greek leader.  This is Konstantinos Karamanlis.  From 1955 to 1995 he was Prime Minister four times and President of Greece twice. 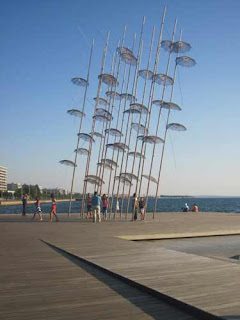 Further along the waterfront was a piece of art not representing any great person but just for art's sake. 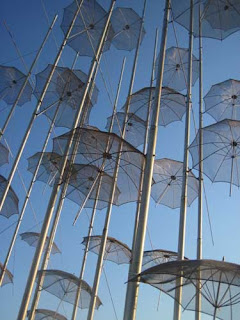 The Umbrellas was created by sculptor Giorgios Zongolopoulos in 1997 and has become a popular photo spot along the water. 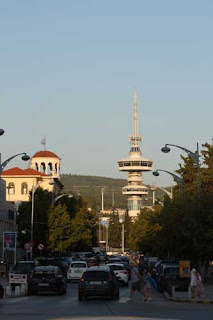 As we looked up the street we noticed another strange tower in the distance.  This is OTE Tower and it opened in 1966. Unlike the White Tower, it was never involved in battle.  It does work as a communications tower and has a revolving restaurant inside. 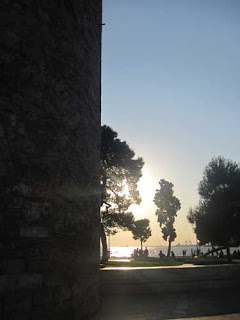 The sun started to set as we headed back towards Aristotelous Square for dinner.  We found a nice spot on one of the balconies and enjoyed our meal as we waited for the show. 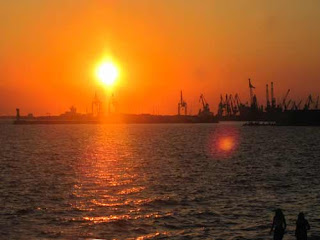 Soon the sun started to set behind the industrial port section of the waterfront. The sky turned a bright orange as the sun slipped away. 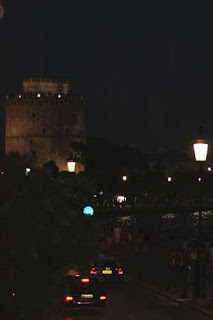 Soon the darkness had taken over and groups of people headed out to enjoy the nightlife. We realized we had spent the whole day exploring and admiring the sights around Thessaloniki's waterfront.  Not a bad way to spend a day.

Posted by On Vacation at 12:30:00 am No comments:
Email ThisBlogThis!Share to TwitterShare to FacebookShare to Pinterest
Labels: Greece, Structures, Thessaloniki, Works of Art
Location: Thessaloniki 546 24, Greece
Older Posts Home
Subscribe to: Posts (Atom)