Year of The Pig 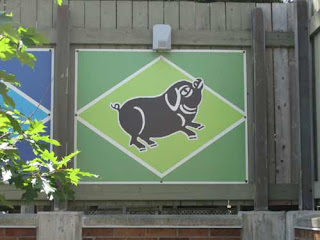 People born in the Year of the Pig are said to be thoughtful, polite, reliable, courageous and ready to help others.  They can also be naive, and self-indulgent.  2019 is the Year of the Pig according to the Chinese zodiac.  To celebrate here are 10 of our favourite swine encounters. Oink Oink. 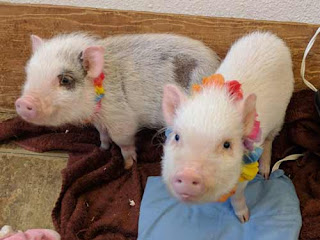 Dan's Green House is located in the town of Lahaina, on the island of Maui, in Hawaii.  They have exotic plants and rare birds as well as mini pigs.  We got a chance to spend some time with these two little guys.  Aren't they just the cutest? 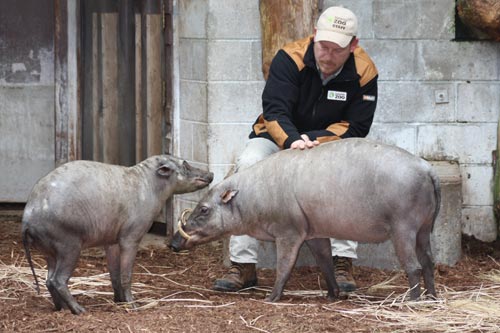 Speaking of cute, we are sorry but babirusa are just the opposite.  They have long legs, weird curvy tusks and look like all of their hair just fell out.  They are only found on a few islands in Indonesia and are unforgettable.  We saw this pair at the Toronto Zoo. 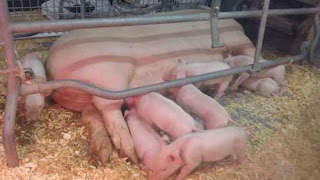 When the Canadian National Exhibition comes to Toronto at the end of each summer so does "The Farm".  You can experience the sights and smells of livestock.  There are always lots of pigs and usually one big sow who spends her day constantly feeding her litter of piglets. 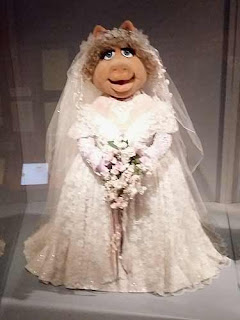 In Queens, New York the Museum of the Moving Image has a Jim Henson Exhibition.  Miss Piggy is one of our favourite Muppets and favourite pigs.  Here she is in her wedding gown ready for her big day. 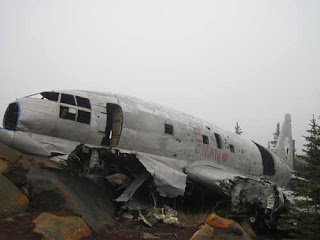 This Miss Piggy is a crashed freight plane.  It can be found in Churchill, Manitoba still sitting where it crashed in 1979.  Miss Piggy the Muppet made her debut in 1974.  We have read that the plane is named after Miss Piggy because it was overloaded or it once carried a cargo of pigs. 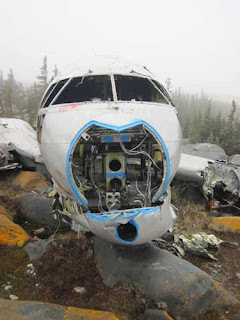 We think it should be called Miss Piggy because of its flat snout. 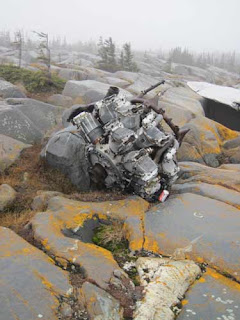 By the way Miss Piggy, your engine is way over here.  Also watch out for polar bears hiding amongst the rocks and wreckage. 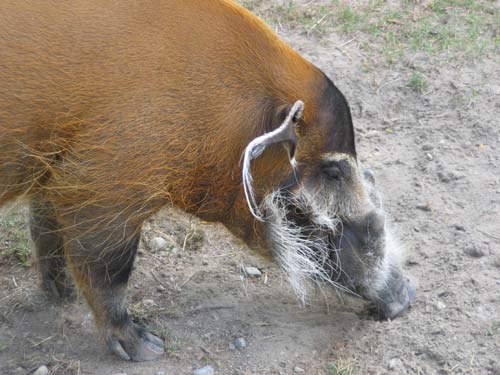 The red river hog is a colourful African pig.  We like its whiskers and red coat.  It turns out that we have a fondness for animals with red coloured fur. 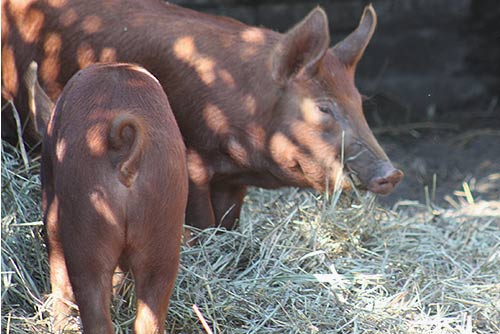 Based on our previously professed love of red furred anuimals you can see why we like Tamworth pigs.  They are one of the oldest breeds of pigs.  You can also see the curly little tail in the photo above that makes pigs even more appealing.  These pigs are from Toronto's Riverdale Farm. 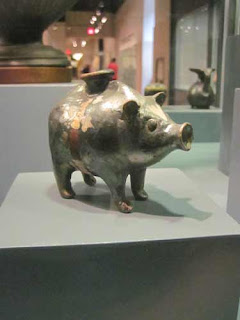 This pig shaped vessel was at the Royal Ontario Museum.  We imagine it could be filled with some sort of liquid which could then be poured out of the spout in the snout.  We didn't make note of what was listed as its intended purpose and often the museum uncovers artifacts whose purpose is only assumed.

9 ) Pigman at the Campbell House 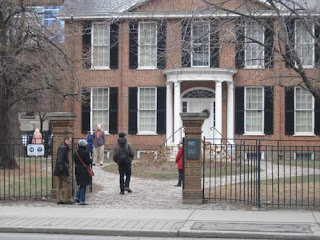 We took this photo of the Campbell House Museum in Toronto.  The Campbell House was built in 1822 and was actually moved to where it sits today.  Looking at our photo later we noticed something odd. 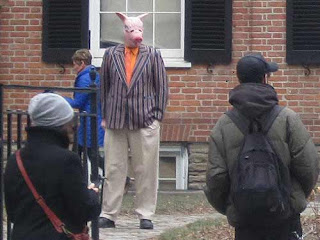 There was a well dressed pig man on the grounds.  We hope he was there for an event or promotion at the museum. 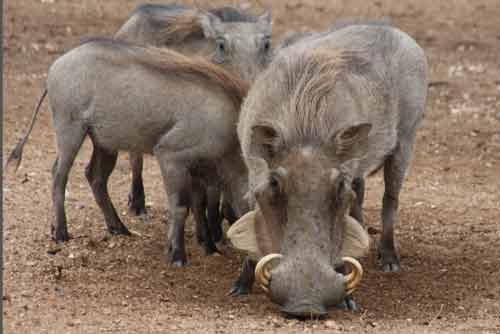 We took a trip to Africa and encountered many wild warthogs.  We watched them come and go at a waterhole in Greater Kruger in South Africa.  We also watched them mow the lawn in Zimbabwe beside the mighty Zambezi River. 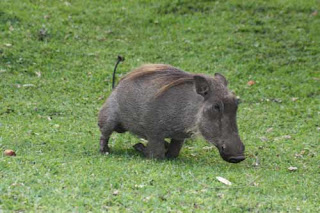 Because warthogs have such short necks they usually have to kneel down on their front legs to eat grass.  In the video below, various African animals eat beside a waterhole until the warthogs come and take over. 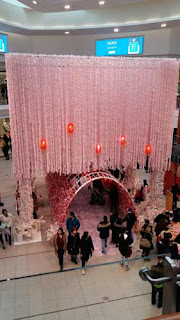 That is our list of favourite pigs.  We took part in some celebrations at the Scarborough Town Centre for the Chinese New Year.  You can celebrate and enjoy pigs all year long.