Bronson Caves (aka The Batcave) 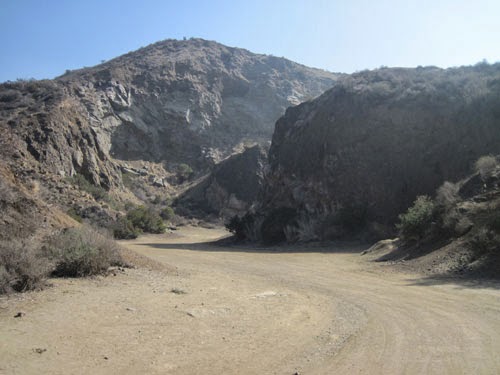 
"Atomic batteries to power. Turbines to speed."
"Roger. Ready to move out."
Fans of the 60s TV show Batman will want to see this location when visiting Griffith Park.  It is located not on any road that leads to the Griffith Observatory but further (Adam) West on Canyon Road.  We parked in a gravel parking lot and then entered the trail heading south.  We did notice the sign warning that there were rattlesnakes in the area but we had no intention of running off into the bushes or turning over rocks.  We stayed on the dirt road that was wide enough to drive a truck full of camera gear or a Batmobile through. 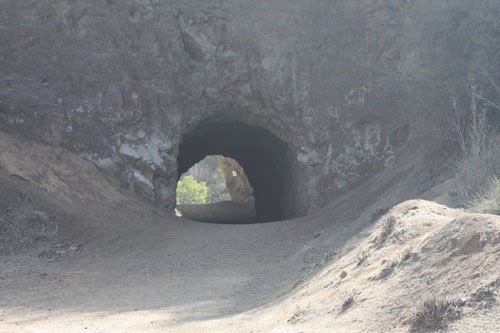 Just a short way up the trail and there on the left we spotted it.  In fact we looked straight through it.  It was missing some vegetation and there was no little red and white road barrier, but we knew we had reached our destination.  The caves had been created by a quarry that operated in the early 1900's and since then many film and television productions have used the site.  None has done so quite as famously as the Batman television series.
Now how do we get back from here?  I believe it is about 14 miles to Gotham City. 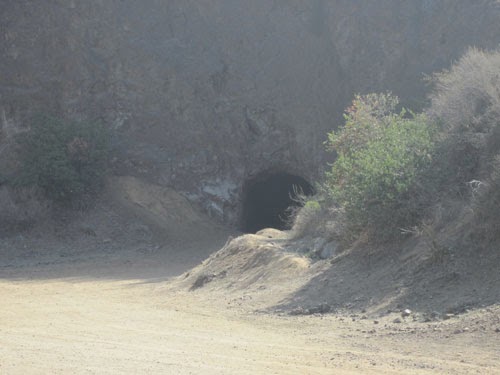