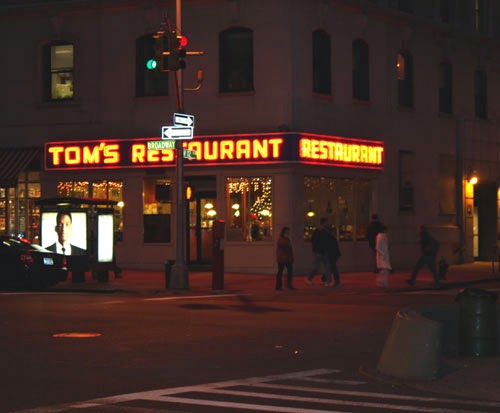 Tom's Restaurant is best known as Monk's Cafe from Seinfeld.  It is just used for exterior shots so don't expect the inside to look like it does on TV.  They are also careful to never film the TOM'S part of the sign that surrounds the building.  We would expect that if the southbound facing side said more than just  RESTAURANT that it would never have become part of the show.   Fortunately it did, and now it is instantly recognizable to Seinfeld fans from around the world. 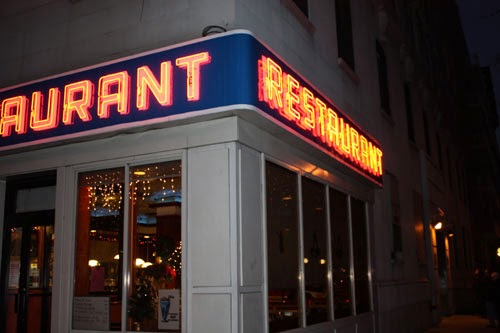 The restaurant is also the inspiration for Suzanne Vega's popular "Tom's Diner" song.  When in Manhattan pop by for a bite, or just stand across the street and exchange a few Seinfeld-isms with your friends.