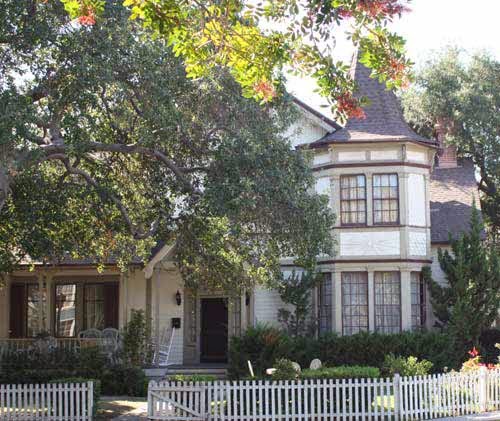 While taking the Warner Brothers VIP Studio Tour our golf cart stopped right in front of the last house on Midwest Street.  Our guide let us know that this house was featured in the movie Gremlins, as well as on the TV show Growing Pains.  The house has changed a bit through the years as the extended front porch has been removed.  In Gremlins, the house belonged to mean Mrs. Deagle.  Mrs. Deagle was the owner of the Kingston Falls bank and was generally disliked.  Gremlins arrive at her front door and sing her some Christmas carols while one of them sabotages her electric stair chair.  She climbs into her chair and it runs out of control, speeds up the stairs and hurls her out the top floor window. 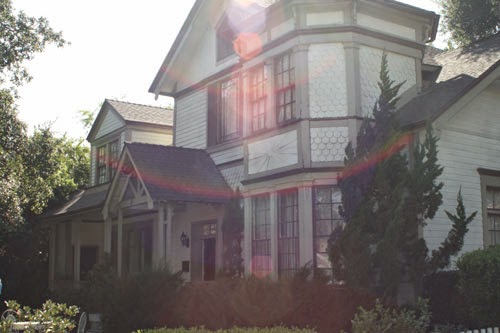 According to our Official Collector's Edition Gremlins Magazine, Bob MacDonald Sr. (Special Effects Supervisor) explains the troubles they encountered filming the scene.  "The first time we fired it, the dummy went clear across the street and landed on the porch of the house across the street".  That means the fake Mrs. Deagle ended up in front of this house (below), where a few years later Ross would almost take Rachel to the prom. 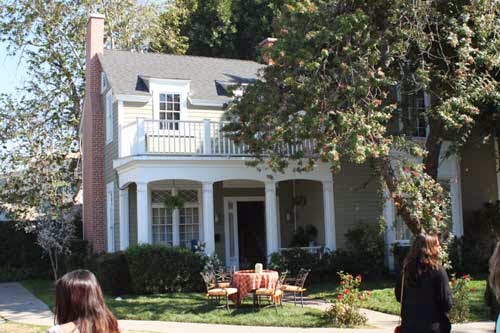 Gremlins hit theatres in June of 1984 and the following year Growing Pains first appeared on TV in September.  So it would have been just over a year from the time Mrs. Deagle abruptly moved out and the Seaver family moved in.  The house was only really featured during the Growing Pains opening credits when the family stands out front for a group shot and then they all turn and head inside.  Alan Thicke stays out front the longest as he enjoys being on camera. 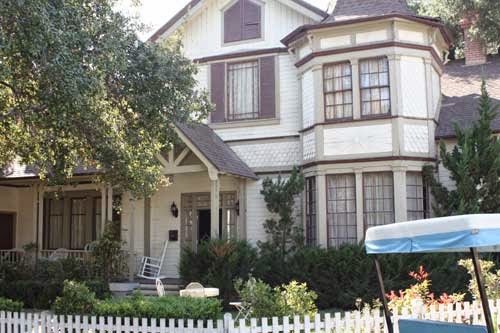 Anther appearance of this home is in The Lost Boys.  The two Coreys (Haim and Feldman) ride their bikes past as they head to church to get some holy water for their vampire problem.  The little white church is also situated on the Warner Brothers back lot.  The photo below was taken from just outside of what we affectionately refer to as the Deagle / Seaver house. 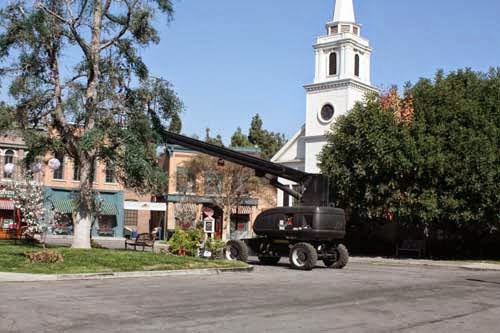