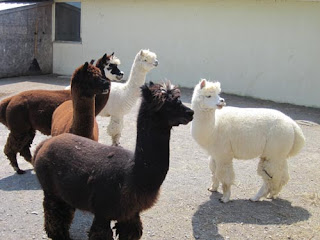 During Hamilton's Doors Open 2015 we went to visit an alpaca farm.  Alpacas are a domesticated species similar to the llama and are most often kept for their wool. We have always loved alpacas as there is something special about them.  The group of alpacas at Eighth and Mud is no exception, as each one has its own look and personality.  Below are just a few of the alpacas that greeted us as we arrived. 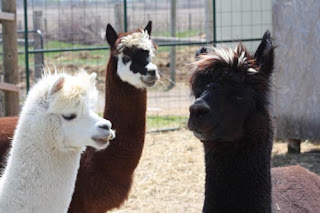 Actually, the first one to greet us was a Canada goose that was protecting its nest by the side of the driveway.  It even tried to take a nip out of the man directing traffic when he ventured too close. 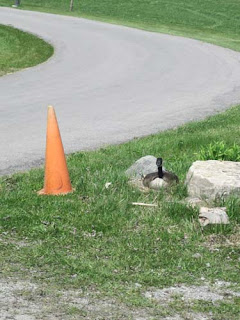 We parked our car and carefully walked past the goose on our way to the farm.  It was a very busy day as the Doors Open event had drawn more of a crowd than anticipated. 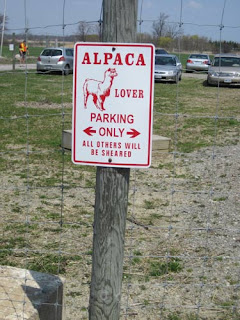 After spending some time with the alpacas outside, we decided to head into the barn and see what was going on.  Inside was a group of younger, fluffier alpacas.  They have been trained to only relieve themselves inside a wooden square area on the floor of the barn and they all took turns using it.  They all kept making sounds like they couldn't come to a decision. Such as "What would you like to do today?"   "Hmmmm? I don't know."  You can hear this in the video below. 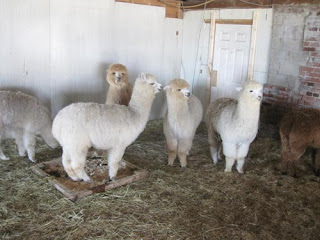 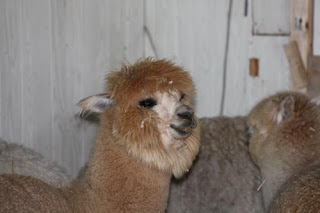 Attached to the barn was an area where they prepared the alpaca fibres so that they could use them to make the clothing and gifts they sell in their store.  The fibres are combed and sorted and finally spun into wool.  You can see the blue machine for spinning the wool in the corner of the picture below.  They also had a giant calculator for adding big numbers. 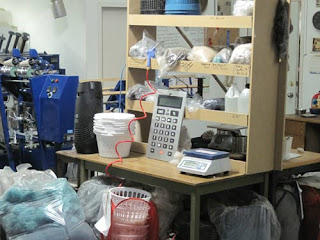 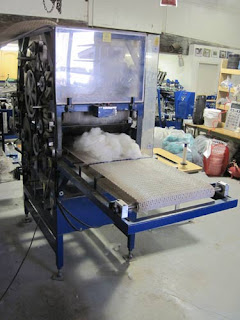 The alpacas come in all sorts of patterns and colours.  We were told that some people request wool from a specific animal and when they spin the wool they keep each fleece separate.  We were also told that we could come back on alpaca shearing day in a few weeks time and see the first step of the whole process.  Actually, the real first step is that this colourful group of alpacas works on growing their coats.  We planned to return again and pay them another visit. 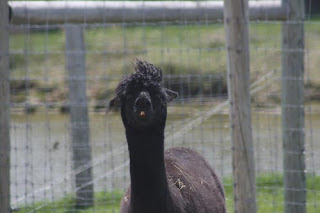 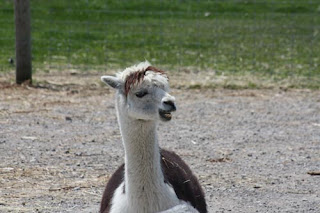 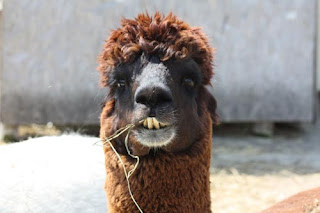 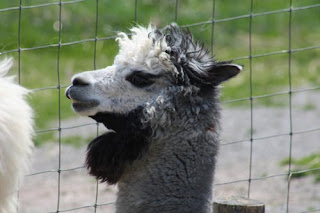 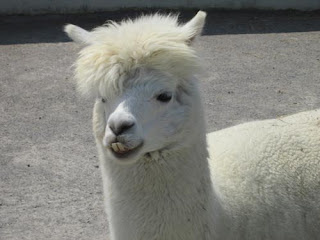 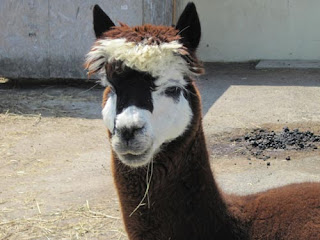 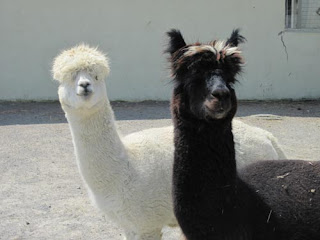