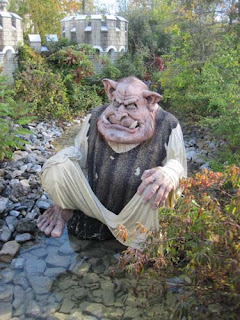 For some people the rides and roller coasters at Canada's Wonderland are scary enough.   If you need something even scarier, once a year the park takes on a Halloween theme   Since 2005 the park has been open on October weekend evenings offering the usual rides along with haunted mazes and monsters.  We have never attended the evening Halloween Haunt event, but in 2014 we attended the park during the day while it was all decorated.  Unfortunately, this meant that some of the rides such as the bumper cars had been shut down and turned into a scary clown maze. 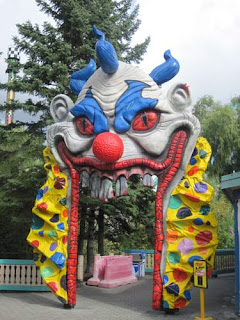 Even the children's section of the park gets the spooky treatment, with terrifying things like the Peanuts gang or Sesame Street. 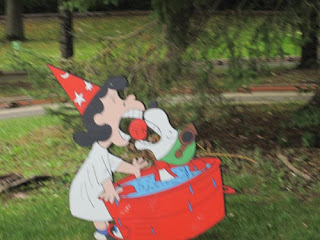 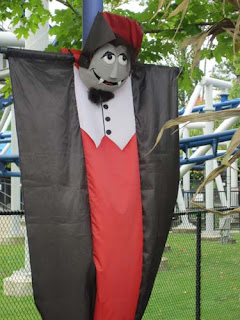 Everywhere you looked were signs that Halloween was approaching.  From the orange and yellow flowers along the pathways to the prizes at the game booths.  Instead of playing to win a regular minion doll there were mummy, dracula and skeleton minions. 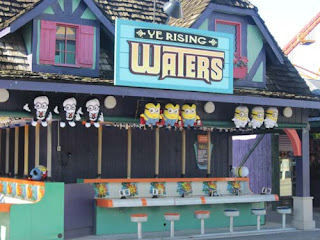 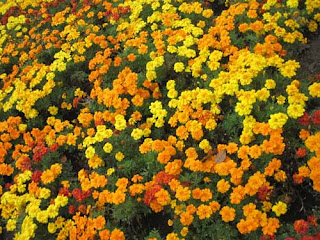 One ride that reminds us of Halloween can be found year round at Wonderland.  That ride is The Bat.  First you get pulled backwards up a hill and then you hear the hiss of the release.  The coaster races down through the station and right into a bow tie loop.  It then does another full loop before stopping on the second hill.  You get pulled up the second hill until you hear another hiss.  Then you do the whole thing again, but this time backwards.  Oooh, scary stuff kids, but especially in October. 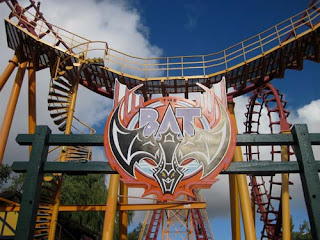