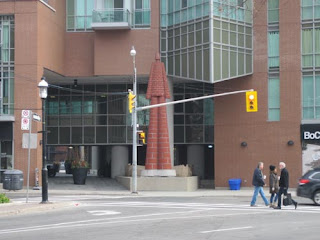 We were headed along Adelaide Street East in Toronto.  Our goal was to visit Toronto's First Post Office.  As we approached Jarvis Street a figure caught our eye.  We went closer to get a better look. 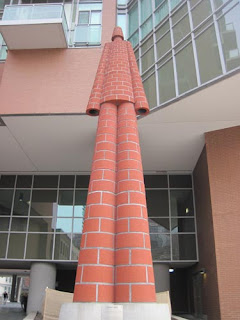 Standing in front of the condos is a man made of brick.  He stands with his arms by his sides and looks like several chimneys all grouped together.  He looks like a gentle giant. 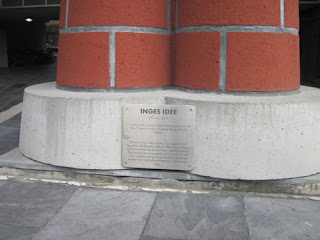 Most new condos in the city of Toronto have to provide some sort of street art.  Brickman was designed by Inges Idee which is a group of artists that have installations around the world.  The plaque at the base of Brickman states that he is part of the City of Toronto Private Developer Percent for Art Program.  It also states that he is meant to pose questions about human scale and urban development.  We just think he looks kind of cute and a little bit lost. 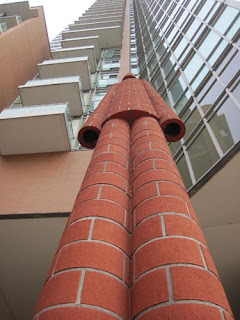