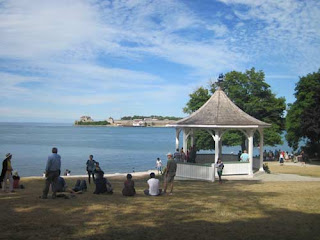 Niagara-on-the-Lake is a popular tourist destination.  The beautiful little town draws crowds year round.  One of the big draws is a gazebo that looks out over the lake from Queen's Royal Park.  The gazebo was actually built for the 1983 movie The Dead Zone and has remained in place ever since.  In the movie, Johnny (Christopher Walken) emerges from a coma to discover that he has the ability to see past and future events when he comes in contact with a person. 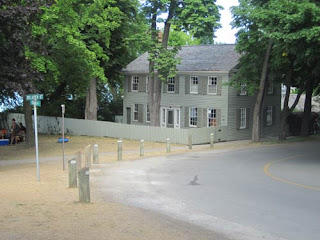 Johnny touches the hand of a woman who has been murdered in the gazebo and suddenly he sees what has happened to her.  He sees the woman walking along the pathway that leads from King Street into the park. 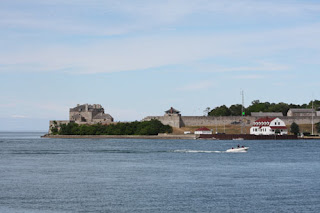 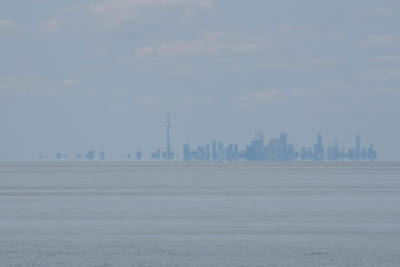 On a clear day, you can look across the lake and see the skyline of Toronto.  The distinctive CN Tower stands out above all of the other buildings. 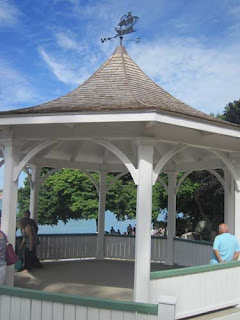 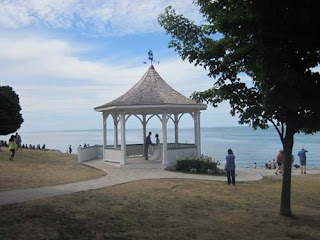 We won't spoil the movie for you. You will just have to watch the David Cronenberg directed film or read the Stephen King novel on which it is based.  When you visit the gazebo you can be glad that it was only a fictional murder.  If that still makes you uneasy, you may also be glad to know that the original gazebo was replaced near the end of  2015.  What stands today is a much sturdier, wheelchair accessible replica.