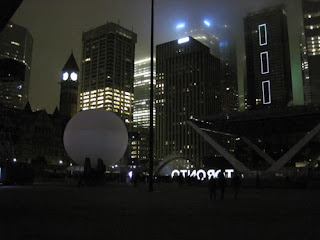 Nuit Blanche 2016 took place in Toronto on October 1st.  Nuit Blanche is an annual event where art projects take over the streets for one evening.  It ran from 7pm October 1st and ended 7am October 2nd.  If you missed it you can still visit a few extended projects up until October 10th.: 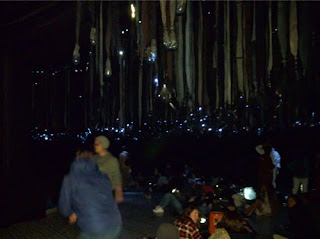 An ocean will be filling the rotunda inside Toronto City Hall.  It is made up of lights hanging from recycled strips of fabric from H&M.  We are guessing it consists of customer returns that they couldn't sell on clearance.  As the fabric sways above you, the lights glow and flicker.  Many people were lying on the floor being swept away by it all after a sleepless night roaming the streets. 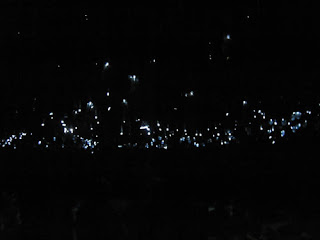 You are also surrounded by the sounds of water mixed with what sounded like brief snippets of people sniffing and crying.  Below is a video sample of Ocean.


The extended hours for this project are from 8am until 6pm.

Death of the Sun 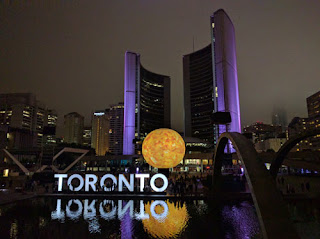 As we emerged from the Ocean, a large white orb had been placed in the square.  It suddenly burst to life and yellow and orange clouds moved across its surface.  In about 5 billion years from now the sun will begin to die.  This project was meant to represent those final stages of the sun. 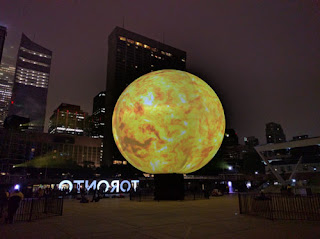 A low droning noise could be heard rising above the crowds that filled Nathan Phillips Square.  As we moved across the square to get a nice photo from the elevated walkway, the sun became more orange and then turned a deeper red colour.  The dampness and fog gave an even more ominous feel to the night. 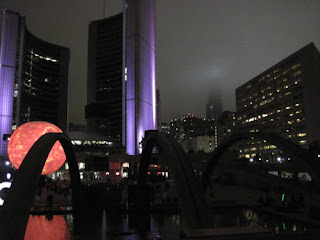 When the sun does actually die be sure to check out our blog for the special Life is Better on Vacation post we have planned.  Until then enjoy a video sample of  Death of the Sun.


The extended hours for this project are from 7pm until midnight.

The last exhibit which is available for extended viewing is Pneuma.  It features images projected onto a water fountain at Nathan Phillips Square.  It will be running at the same time as Death of the Sun.  It will be located right next to the TORONTO sign and the giant globe.  You can't miss it.  Actually we did, as it wasn't running during our brief time in the square. But you shouldn't! 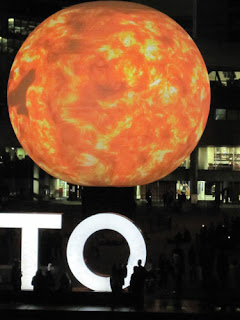 This location is near Osgoode subway. Visit other Toronto TTC stations.