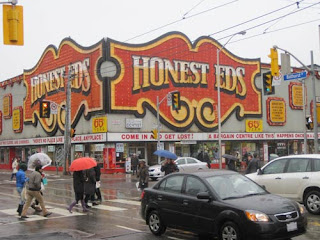 A bargain centre like this happens once in a lifetime.   Honest Ed's opened in 1948 and will close its doors for good on Dec 31st, 2016 after almost 70 years in business.  It was a place where you could find almost anything for sale and usually at a great deal. 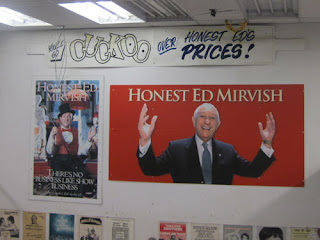 Honest Ed Mirvish was the owner of the store until he passed away in 2007 at the age of 92.  He is also known for his contributions to Toronto theatre including operating the Royal Alexandra Theatre as well as building the Princess of Wales Theatre. 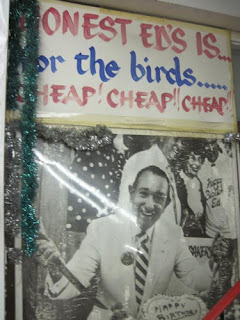 Honest Ed was known for throwing his own birthday party and everyone was invited.  There would be free drinks, food, prizes, rides and more.   Since 1987 he hosted an annual Christmas turkey give-away and through the years has given away 40,000 turkeys.  Both of these events drew huge crowds and proved extremely popular for the store. 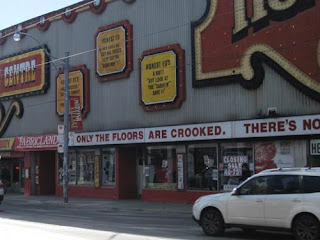 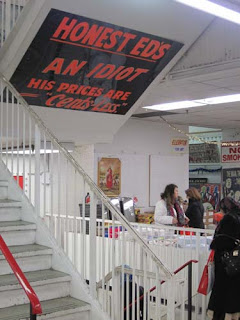 Honest Ed always has catchy slogans and the store is covered with them both inside and out. 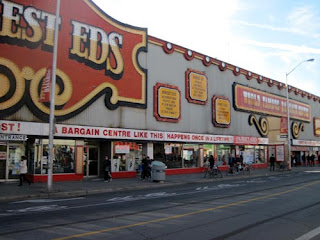 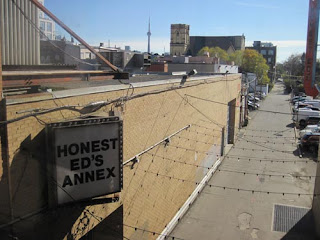 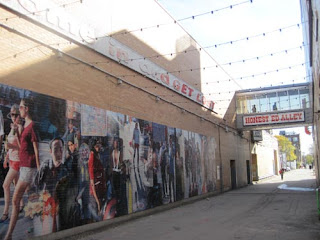 In the middle of the store is Honest Ed Alley.  A glass walkway connects the two parts of the store.  Looking south from this walkway you can see the CN Tower. 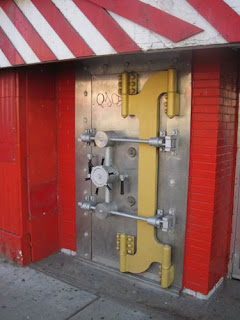 On the west side of the alley is a vault door.   It used to have a sign hanging over it stating that it was Ed's office.  Perhaps it is a special spot where Ed used to do his work or it could just be the emergency exit.  Who knows? 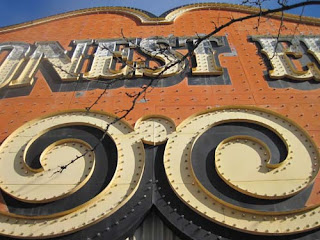 The large Honest Ed's signage has 23,000 light bulbs that bring the corner of Bathurst and Bloor to life at night. 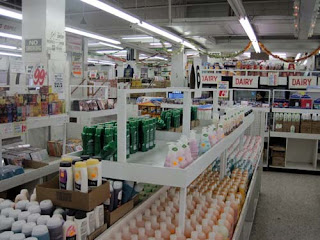 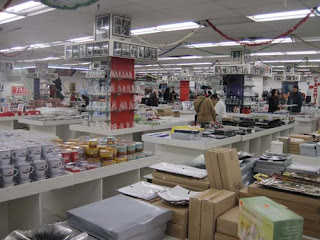 Inside the world famous bargain centre you can see why they say "Come in and Get Lost".  There are tables of merchandise everywhere and stairs in every corner.  It is very easy to get turned around inside the store and not be able to find your way out.  To make matters worse, all the entrances are one way turnstiles so once you are inside you have no choice but to shop your way to the checkout. 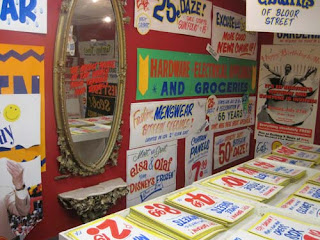 There are two sign painters who make hundreds of signs each week.  These hand painted signs are used to advertise the prices inside the store.  Since the store declared that it was closing, these signs have been made available for purchase so that the people of Toronto can hold onto a tiny piece of Honest Ed's once it is gone. 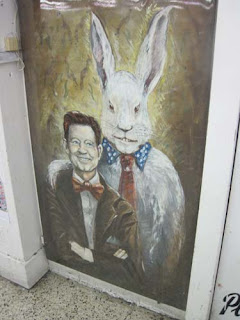 We finally made our way to the checkout line.  Ed Mirvish has made his store a one of a kind shopping experience.  As we left the checkout there was a painting on the wall of Harvey the invisible rabbit from one of the Mirvish theatre productions.  Now is your last chance to visit Honest Ed's because soon it will be something people may not believe existed.  When you try to explain about the giant store with cheap prices, thousands of lights and an owner who kept giving things away for free, they may think you are cuckoo.  Or did Ed's prices already make you that way?

This location is near Bathurst subway. Visit other Toronto TTC stations.