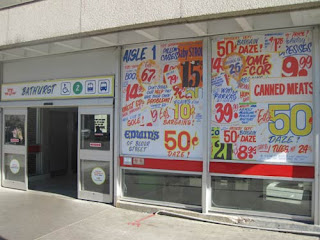 The TTC (Toronto Transit Commission) has redesigned Bathurst Station in honour of its neighbour Honest Ed's.  The famous store is closing its doors at the end of 2016 and just north of the Bathurst and Bloor Street East intersection is the nearest subway.  As a tribute, all of the signage has been redone with the help of Honest Ed's sign makers. 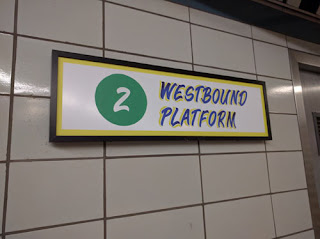 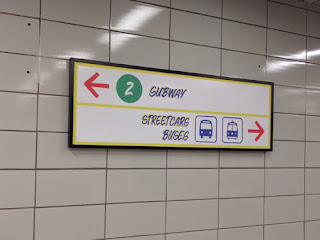 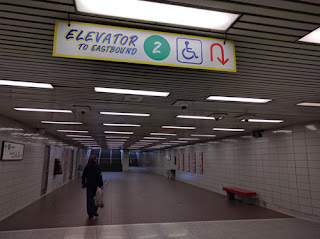 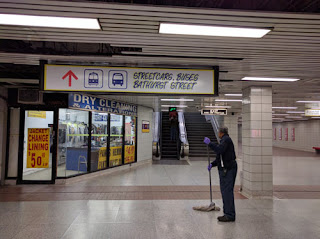 When we arrived at the station to make one last visit to Honest Ed's we were pleased to see all of the signs.  They all appear to be hand painted just like the pricing signs inside the store. 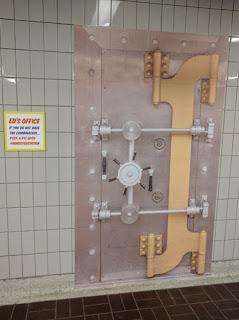 There was even  a tribute to the vault that was known as Ed's office door. 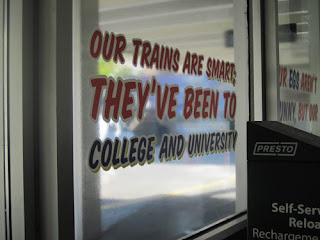 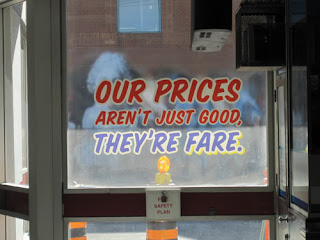 The windows at street level are all painted with the kind of humourous slogan you would find inside Honest Ed's but with a twist.  They all relate to the TTC.  Below are some clever examples which usually incorporate subway station names. 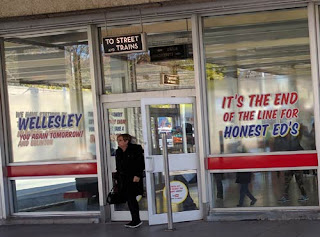 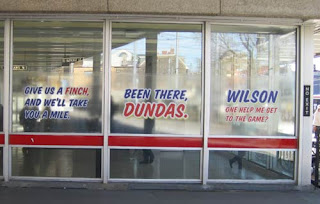 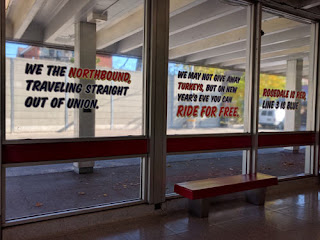 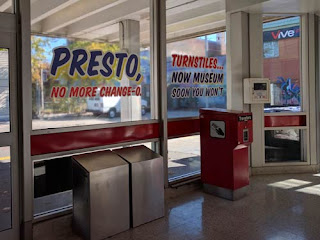 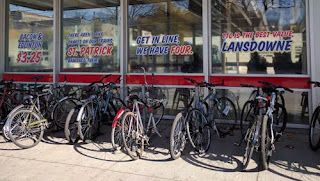 There is talk of this becoming a permanent change and we hope that it does. 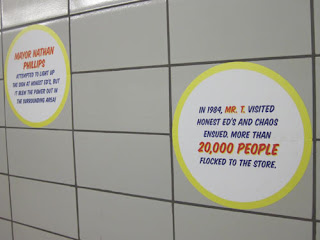 Down on the Eastbound platform we spotted a row of Honest Ed's trivia.  A lot of these little bits of trivia helped us write our previous post.  These included such things as Toronto Mayor Nathan Phillips blowing the power when he attempted to light up the Honest Ed's sign.  It also mentioned 20,000 people coming to see Mr.T at the height of his A-Team, Rocky fame.  If Mr.T was to come to Honest Ed's for the store closing we are sure they could get 5 times the amount of people to show up.  It's all due to the nostalgia factor.  That is why once Honest Ed's closes its doors we hope that this TTC tribute remains as a reminder of the way things were. 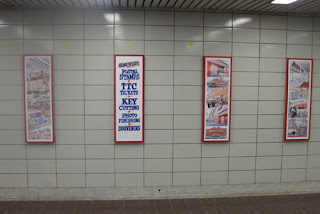 This location is near Bathurst subway. Visit other Toronto TTC stations.