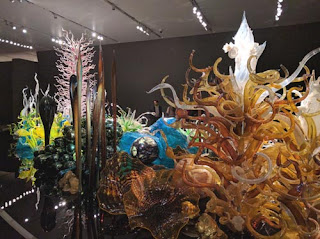 We attended a Friday Night Live event at the Royal Ontario Museum.  This is where the museum stays open late and there are drinks and food and DJs while you browse the exhibits.  We were lucky enough that a special exhibit called Chihuly was running when we visited. 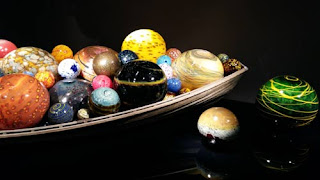 The exhibit is named after Dale Chihuly who is known for his colourful glass creations. 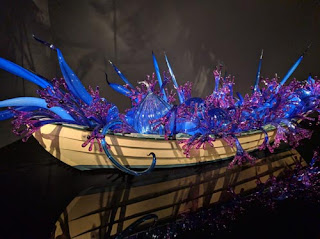 The first two works created by Chihuly and his team featured boats.  The first was full of giant coloured marbles and the second contained what looked like blue and purple flowers. 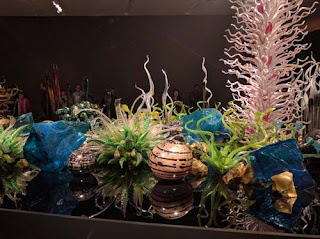 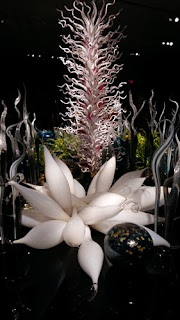 The next huge display was like a jungle of swirling and twisted glass. 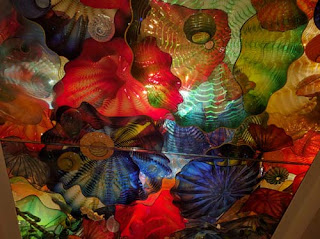 Another piece seemed very familiar.  It consisted of glass in the shape of flowers sitting on top of a clear glass ceiling. 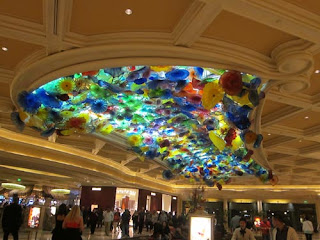 The reason the colourful flowers seemed so familiar is that they reminded us of the Bellagio hotel lobby in Las Vegas (pictured above).  The ceiling there is covered with a work of art called "Fiori di Como".  It was created by none other than Dale Chihuly. 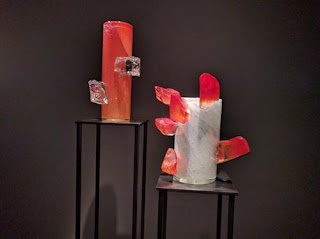 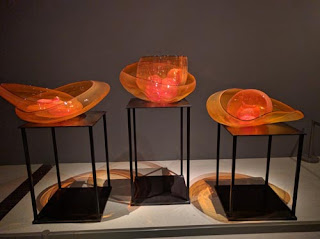 Chihuly was thrown through the windshield of a car in a 1976 accident which left him injured and blind in one eye.  Since then he has relied on his team to help create these beautiful glass works of art. We paused to think that the very thing Chihuly loved to create with was what took away his vision and caused him harm. 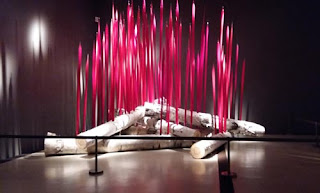 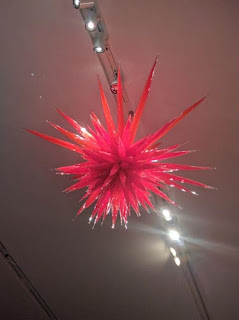 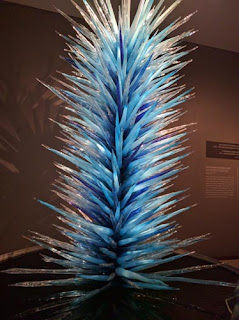 There were many coloured bowls and pieces created to look like icicles or giant spikes. 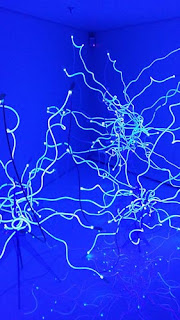 Some neon blue tubes looked like sparks of light. 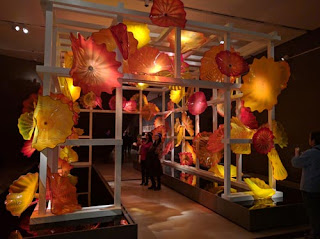 We made our way through a walkway covered by giant curved flowers in fall colours of yellow and orange. 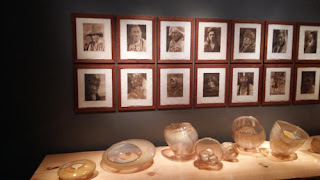 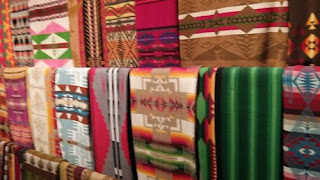 The last part of the exhibit showed aboriginal art and blankets.  We enjoyed the displays and marvelled at how Chihuly and his team had managed to coax glass into all manner of colours and shapes.  The Chihuly event runs at the Royal Ontario Museum until January 8, 2017.

This location is near Museum subway. Visit other Toronto TTC stations.